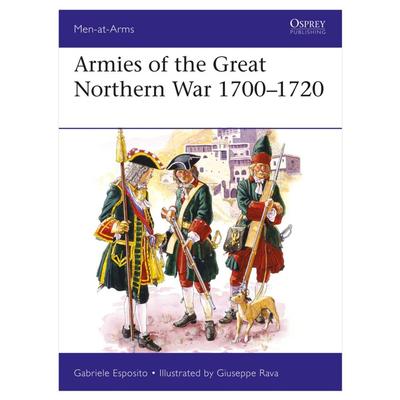 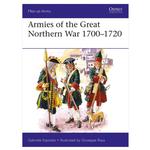 The Great Northern War was a long series of campaigns in which Russia, linked with several other countries in temporary alliances, confronted and eventually replaced Sweden as the predominant power in Northern Europe.

While contemporary with the Duke of Marlboroughs pivotal campaigns against France, the Great Northern War was in fact more decisive, since it reshaped the Northern European power balance up to the eve of the Napoleonic Wars.

It began with a series of astonishing Swedish victories lead by King Charles XII, from Denmark to Poland and deep into Germany. But Peter the Great of Russia showed steadfast determination, and Charles overreached himself when he invaded Russia in 1708 the Russians adopted classic scorched earth tactics until they could destroy the Swedish army at Poltava in 1709, one of the most overwhelming victories in history. Nevertheless, Sweden continued to fight, and frequently win, in Germany, Denmark and Norway, until Charless death in battle in 1718, though the war itself did not conclude until 1721.

This study explores, in detail, the numerous armies and complex alliances engaged in the war for Northern European dominance.

Containing accurate full-colour artwork and unrivalled detail, Armies of the Great Northern War offers a vivid insight into the troops which battled for control of the North.

Gabriele Esposito is an Italian researcher and a long-time student of military history. His main field of research is the military of 19th-century Latin America, but his interests range from the ancient world to modern post-colonial conflicts. He has published several works in the UK, including MAA 499 Armies of the War of the Triple Alliance 1864-70 and MAA 504 Armies of the War of the Pacific 1879-83, and is a regular contributor to many specialized magazines. He lives in Italy.

Giuseppe Rava was born in Faenza in 1963, and took an interest in all things military from an early age. Entirely self-taught, Giuseppe has established himself as a leading military history artist and is inspired by the works of the great military artists, such as Detaille, Meissonier, Röchling, Lady Butler, Ottenfeld and Angus McBride. He lives and works in Italy.

Chronology. Following chapters each cover organization, uniforms and weapons of the armies of: