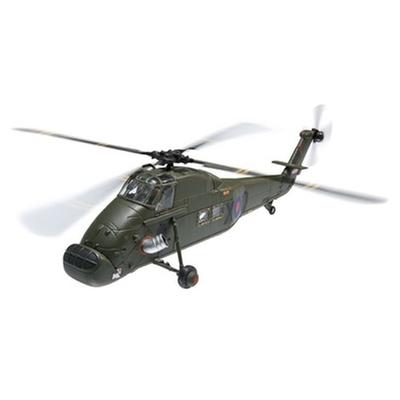 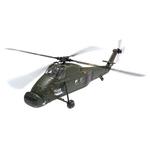 The Westland Wessex entered RAF service in the early 1960s as an anti-submarine warfare helicopter. Being tough and reliable it proved to be a very effective transport helicopter, serving across the armed forces. The Wessexs combat swansong was during Falklands Campaign and then continued to serve in the Search and Rescue.

Wessex XT480s involvement with Operation Corporate was significant and was one of only a handful of Wessex to be operating over the Falklands during the campaign. It arrived at Port San Carlos on the islands on June 1st, 1982. Later moving to a Forward Operating Base at Fitzroy from where it was the only Wessex HU5 to be involved with the rescuing of survivors from the RAFs Sir Galahad and Sir Tristam. The well-known Falklands War soldier, Simon Weston OBE, is among those that were rescued by this flight.

Later damaged by mortar fire, XT480 returned to the United Kingdom at the end of the Falklands Campaign and spent time as a gate guard.