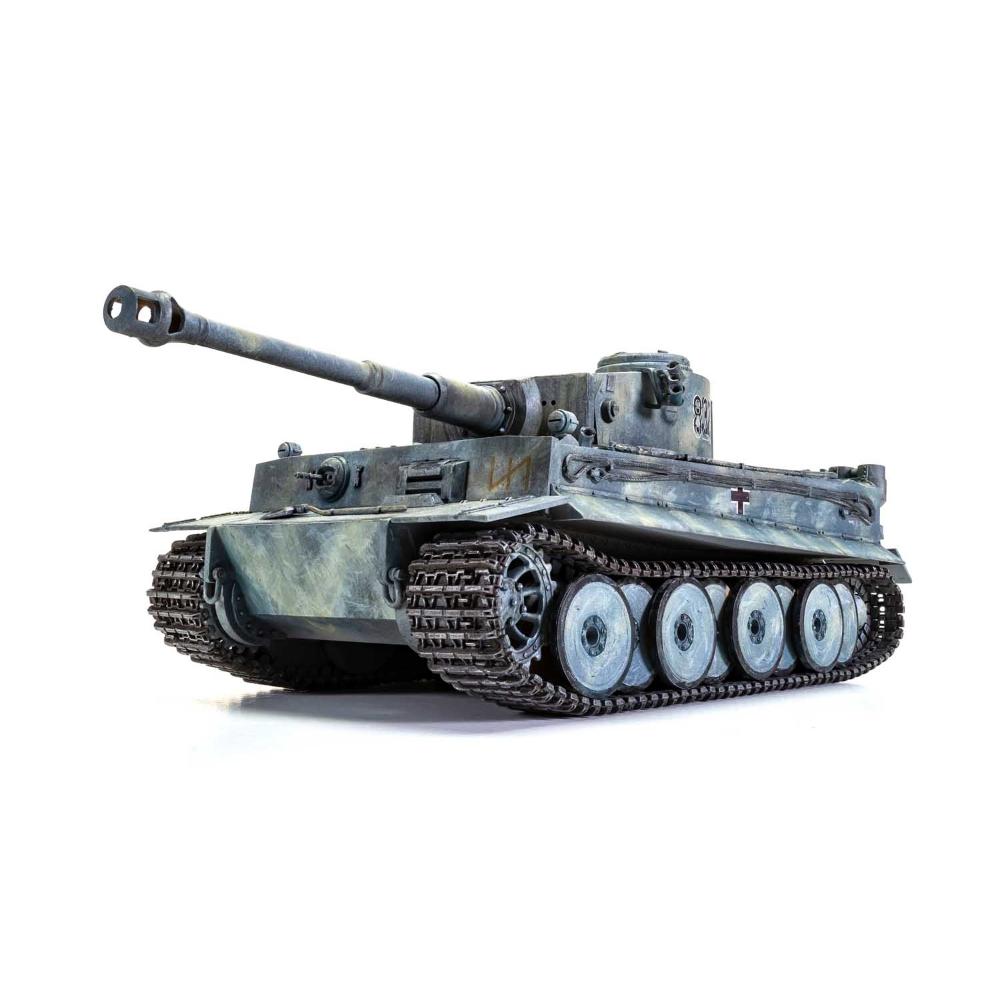 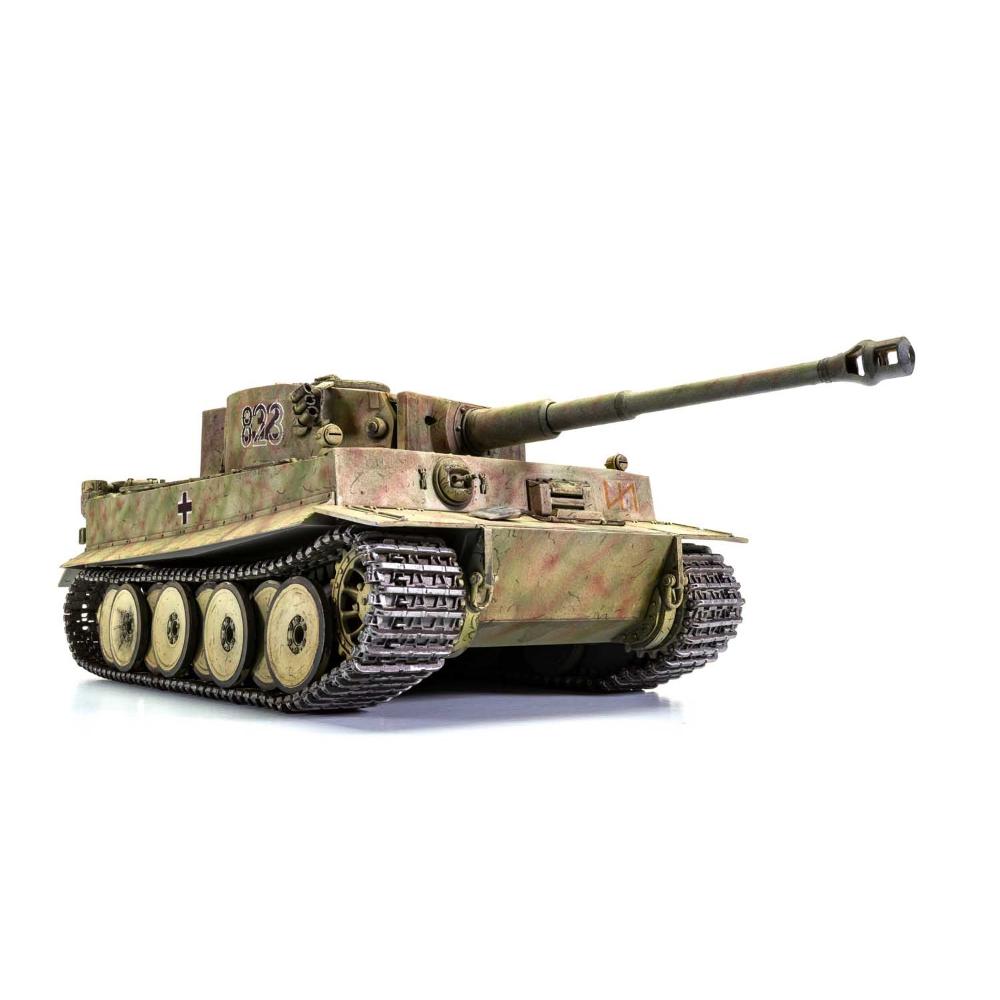 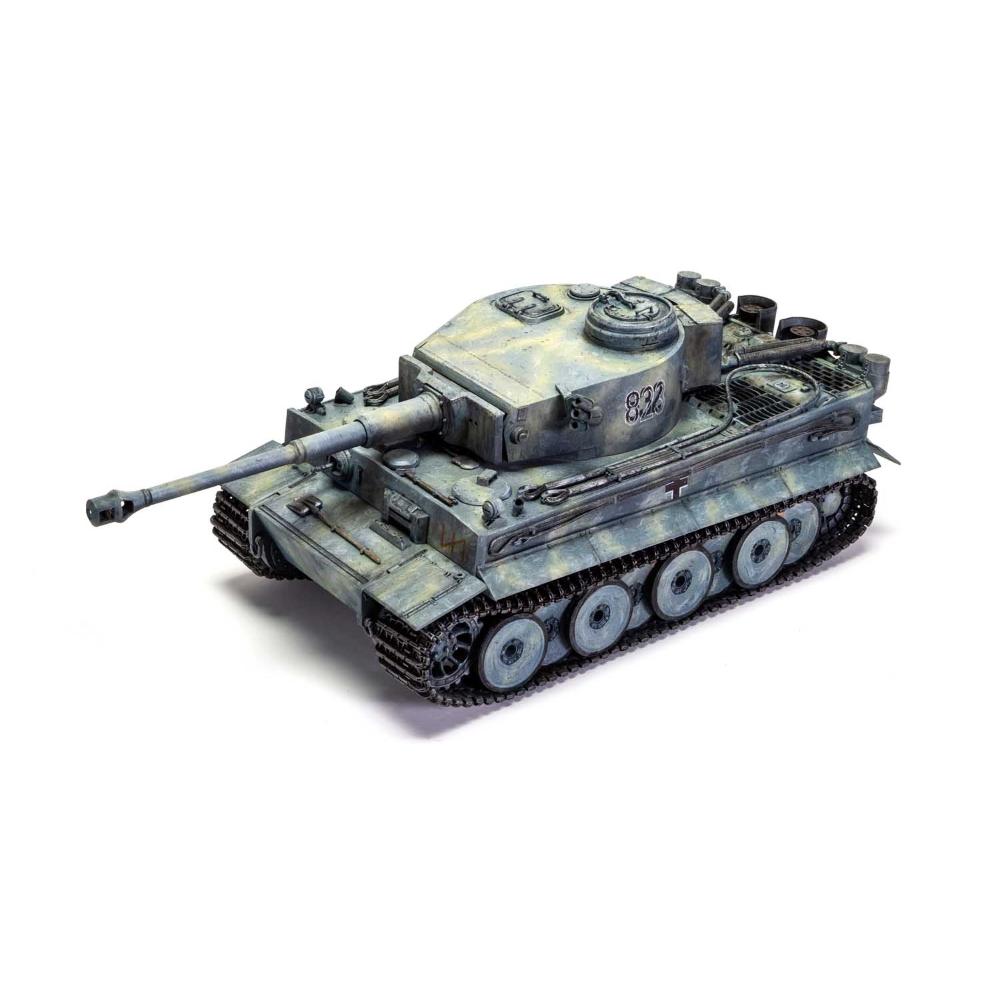 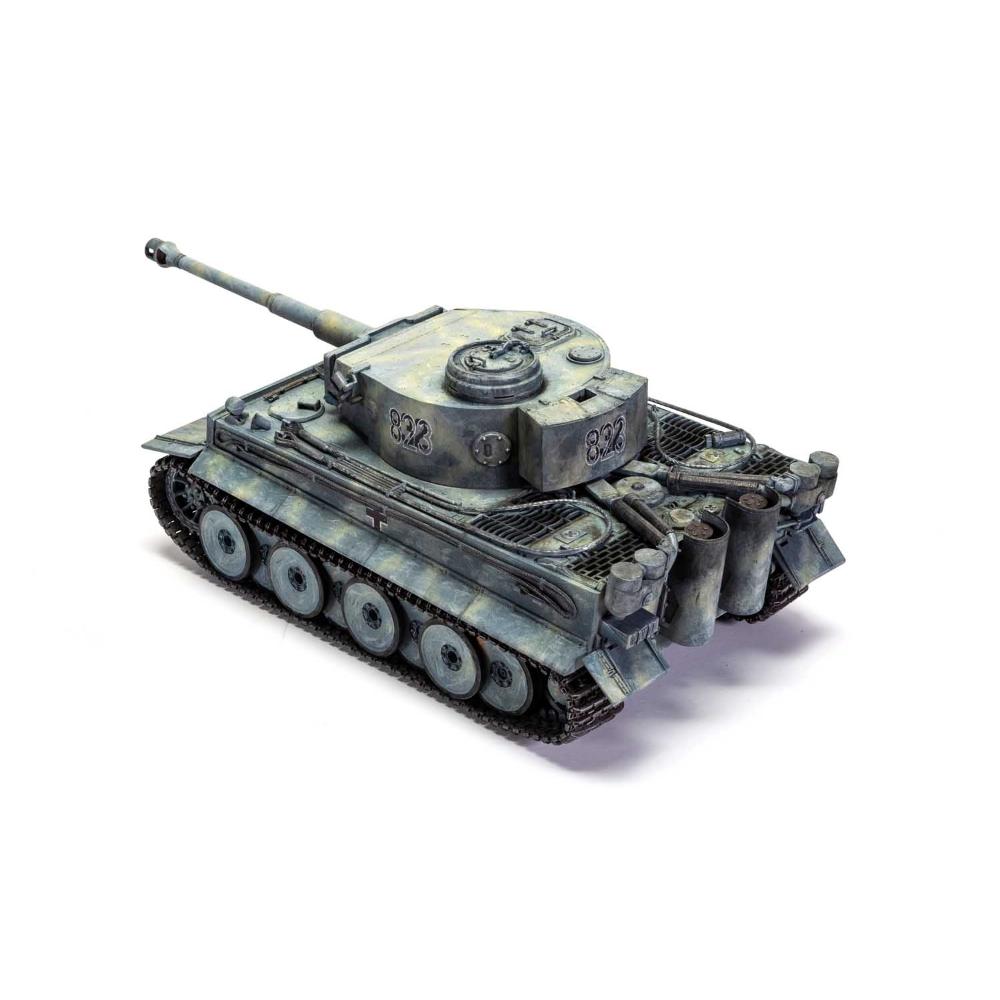 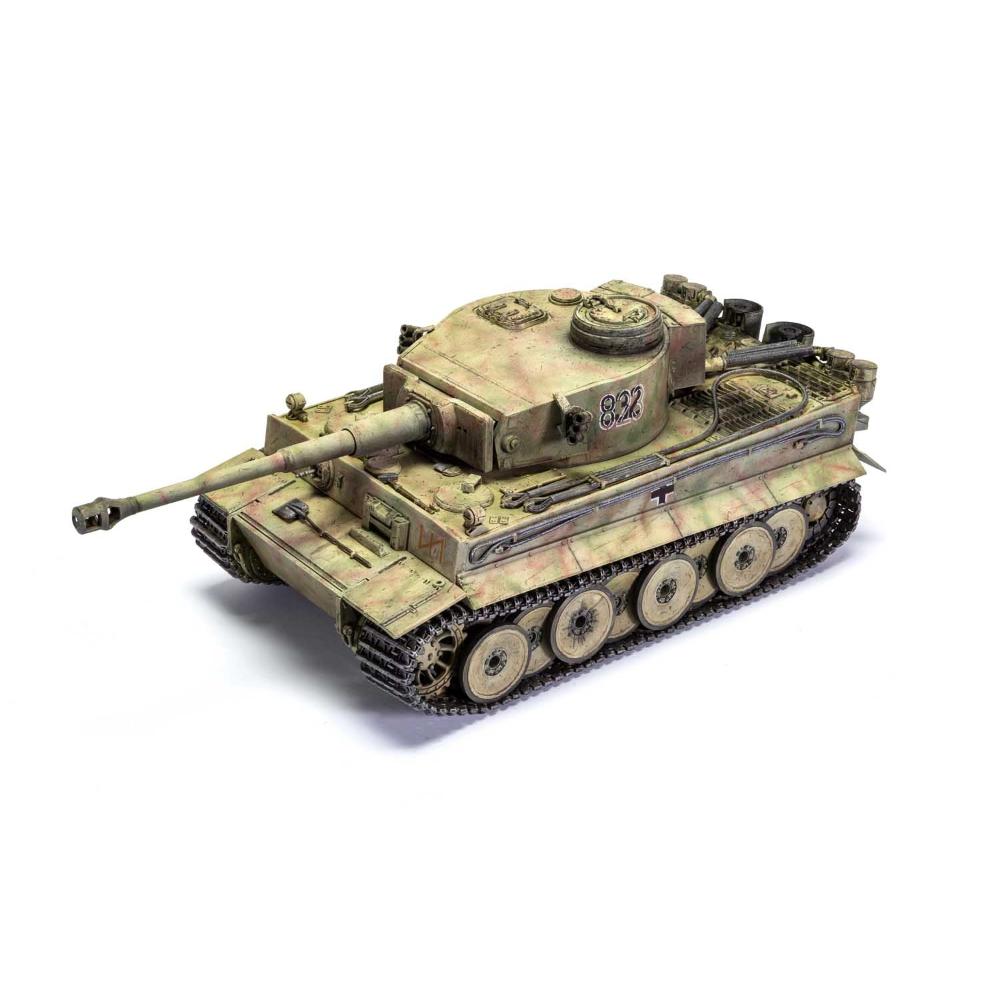 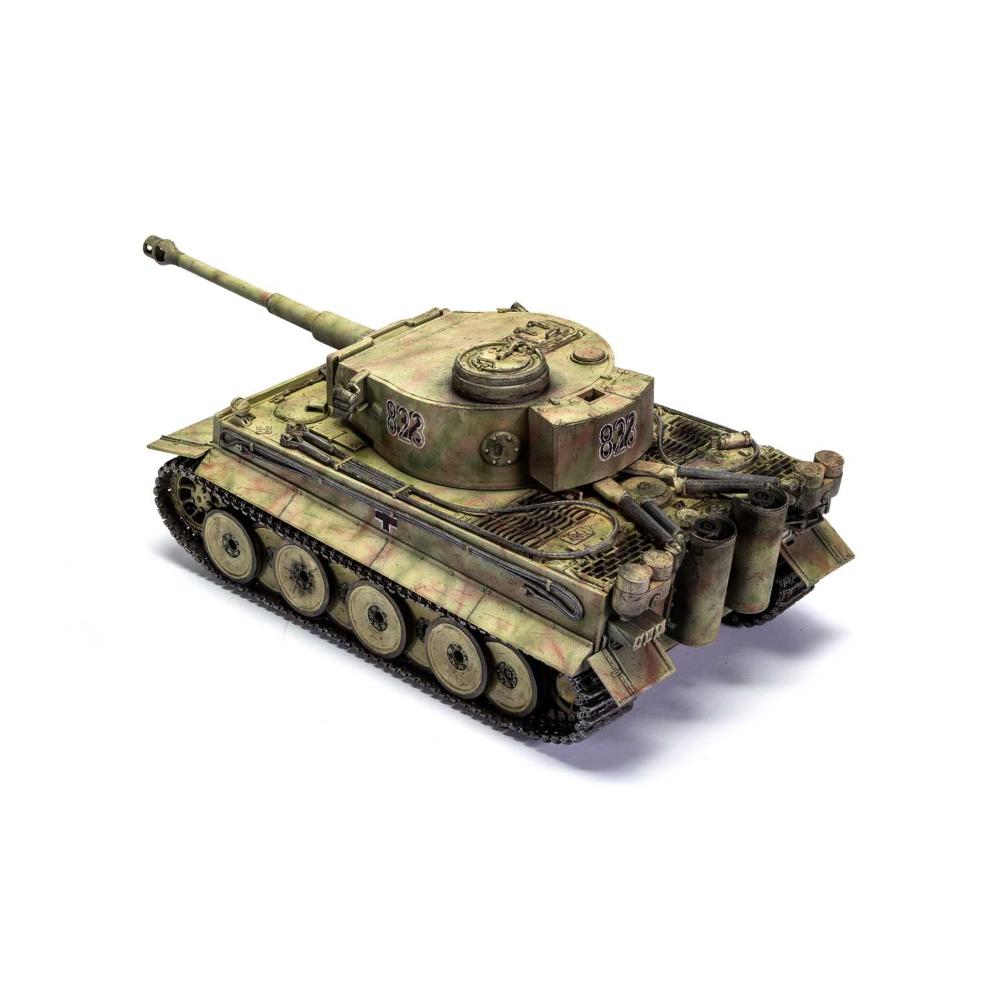 Production of the Tiger I began in August 1942 at the factory of Henschel und Sohn in Kassel, initially at a rate of 25 per month and peaking in April 1944 at 104 per month.

1,355 had been built by August 1944, when production ceased. Deployed Tiger Is peaked at 671 on 1 July 1944. It took about twice as long to build a Tiger I as another German tank of the period. When the improved Tiger II began production in January 1944, the Tiger I was soon phased out. Eager to make use of the powerful new weapon, Hitler ordered the vehicle be pressed into service months earlier than had planned. A platoon of four Tigers went into action on 23rd September 1942 near Leningrad. Operating in swampy, forested terrain, their movement was largely confined to roads and tracks, making defence against them far easier. Many of these early models were plagued by problems with the transmission, which had difficulty handling the great weight of the vehicle if pushed too hard. It took time for drivers to learn how to avoid overtaxing the engine and transmission, and many broke down. The most significant event from this engagement was that one of the Tigers became stuck in swampy ground and had to be abandoned. Captured largely intact, it enabled the Soviets to study the design and prepare countermeasures.