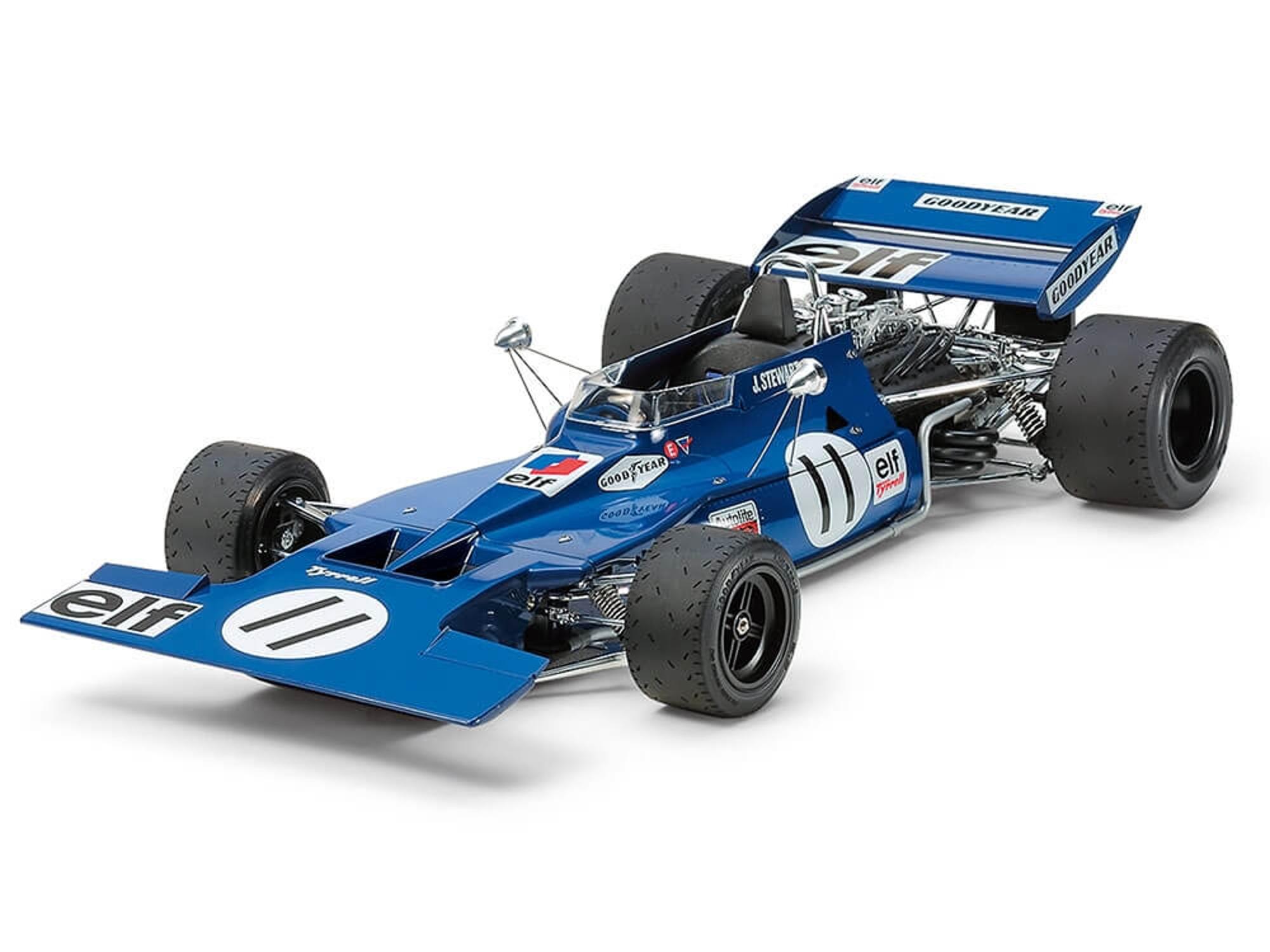 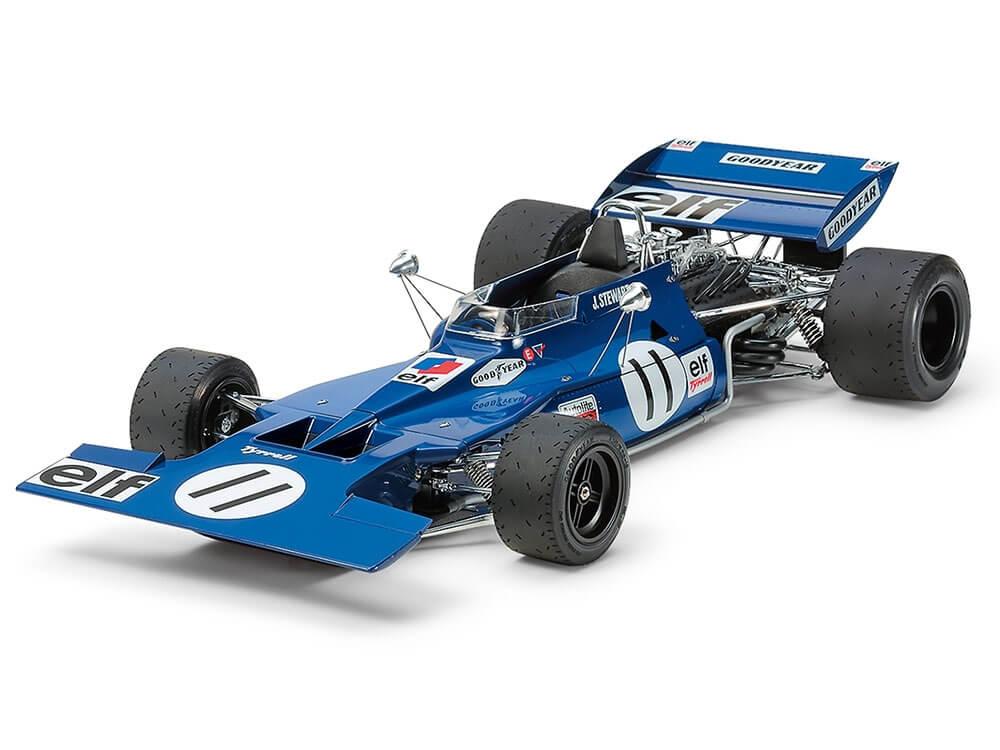 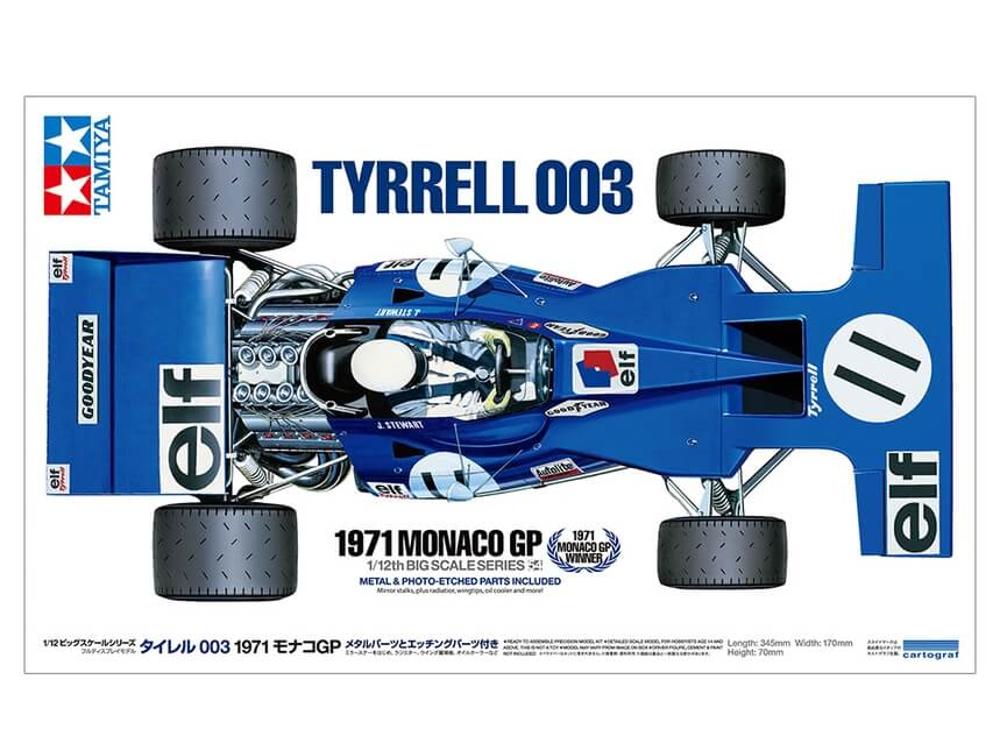 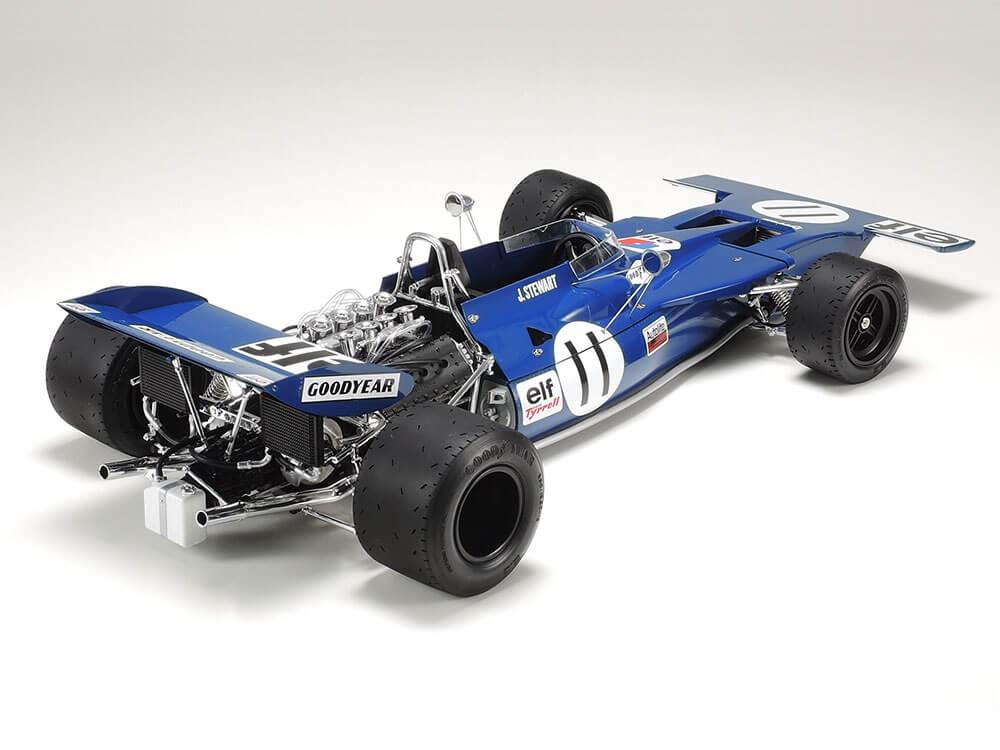 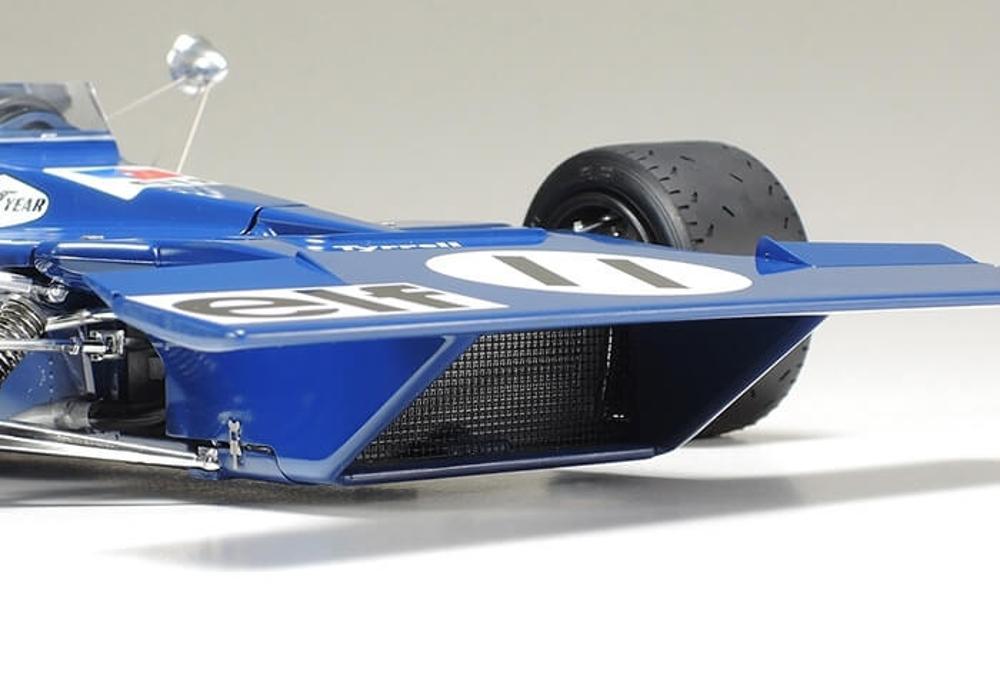 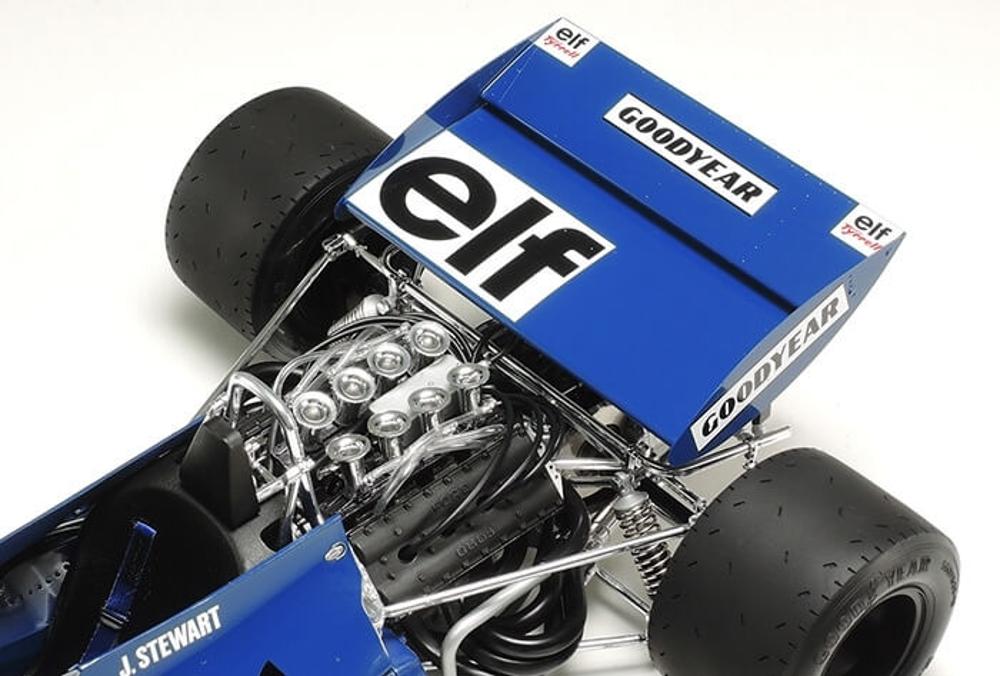 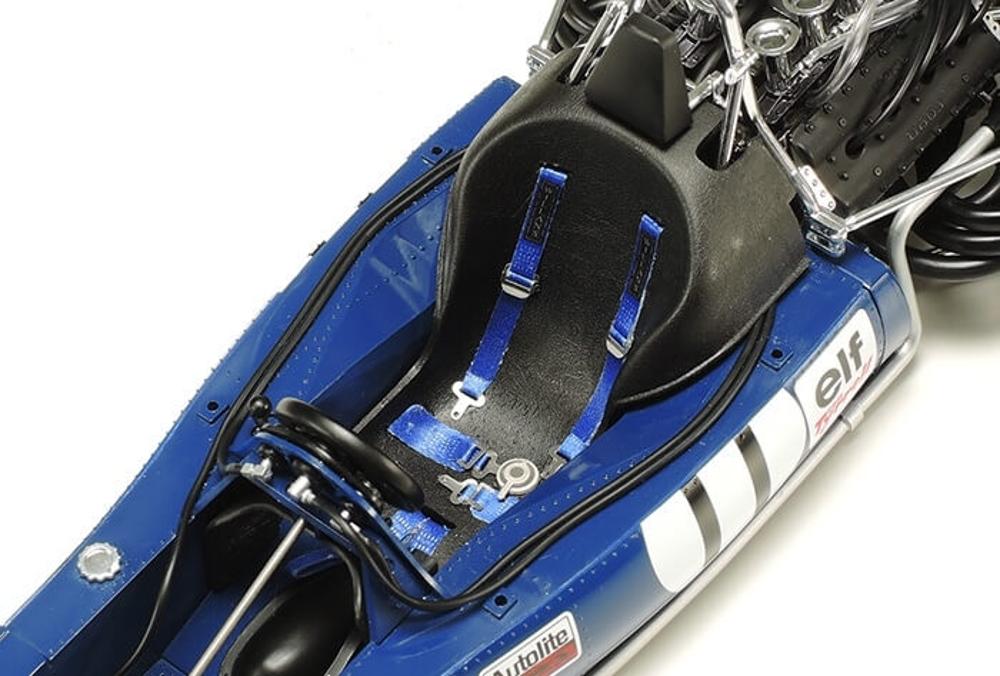 The Tyrrell team made their Formula One bow in 1968 using the Matra Ford and quickly achieved excellent results, with a drivers' championship for Jackie Stewart the next season.

From the 11th race of 1970 in Canada, the team debuted the in-house designed 001, which paved the way for the 003 and 002 cars piloted in 1971 by Stewart and Fran&ccedilois Cevert respectively. While a unique integrated front wing and nose with radiator just below caught the eye, the 003 utilized an otherwise orthodox, reliable setup. Stewart achieved 6 wins in 11 races including the Monaco GP, more than enough for that season's drivers' and constructors' titles. Now, the car is immortalized in Tamiya 1/12 scale.