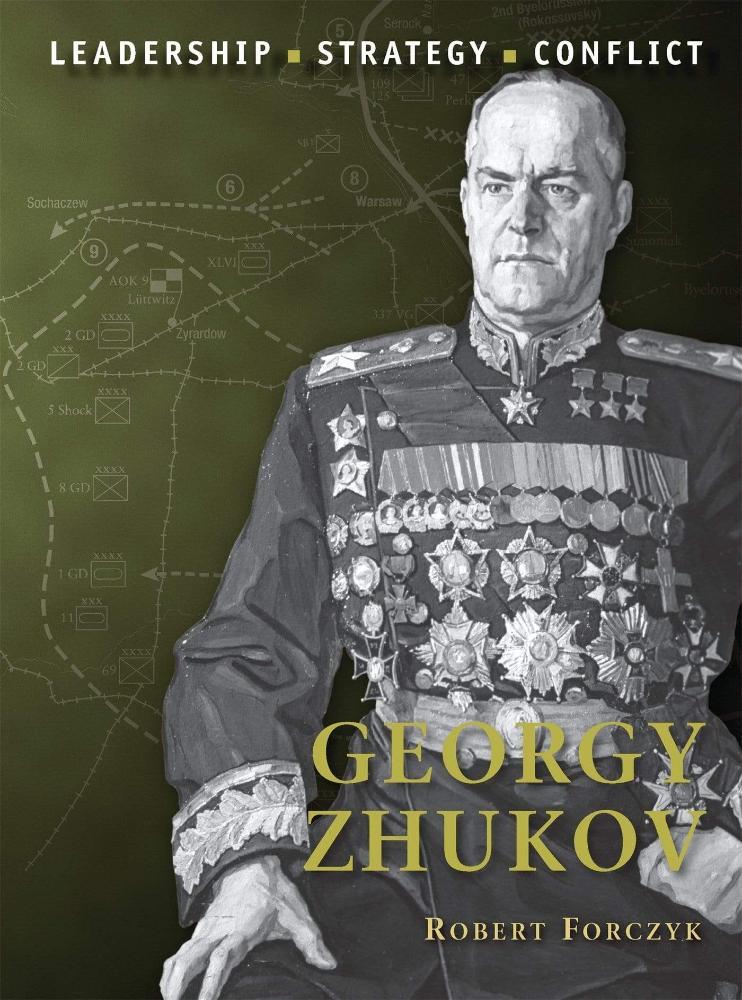 Zhukov was the dominant figure in the Red Army during World War II even though his actual job title varied from day to day.

Serving as a senior General Staff representative from the Stavka, Zhukov moved from one critical sector to the next, serving as advisor, coordinator and de facto front commander as required. There is no doubt that Zhukov played a critical role in salvaging the critical situation in the autumn of 1941 and leading the Red Army to an amazing reversal of fortunes in 1942-43 and eventual victory in 1944-45. However, Zhukov's methods were brutal and contributed to massive Soviet casualties, while he continued to keep his hand in political affairs as well. As the most recognized Soviet soldier of World War II, Zhukov's post-war fall from grace was precipitous and it was not until the fall of the Soviet Union that his reputation was restored. This book presents a analysis of Zhukov's military career, highlighting the strategies and tactics that made him such as successful military leader.