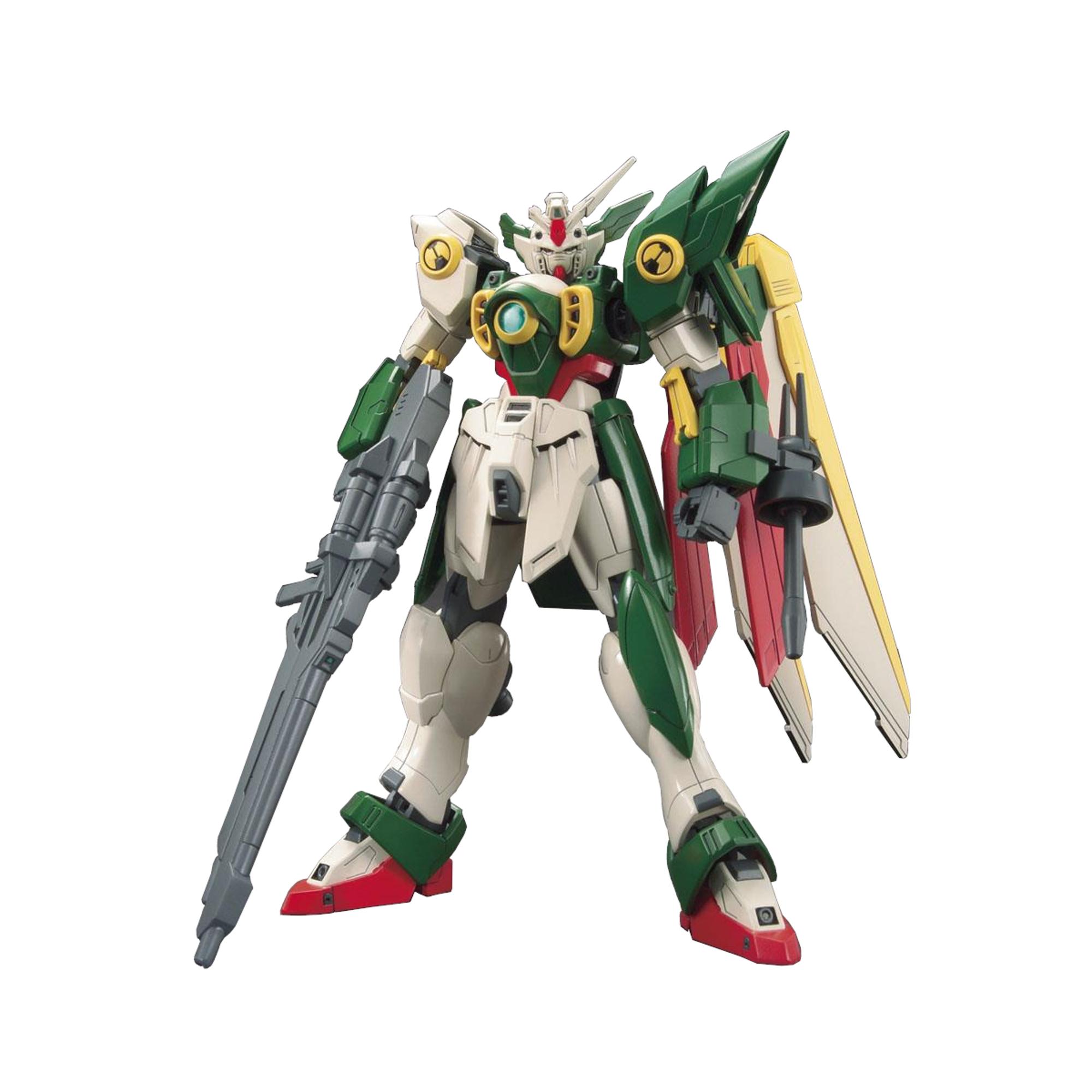 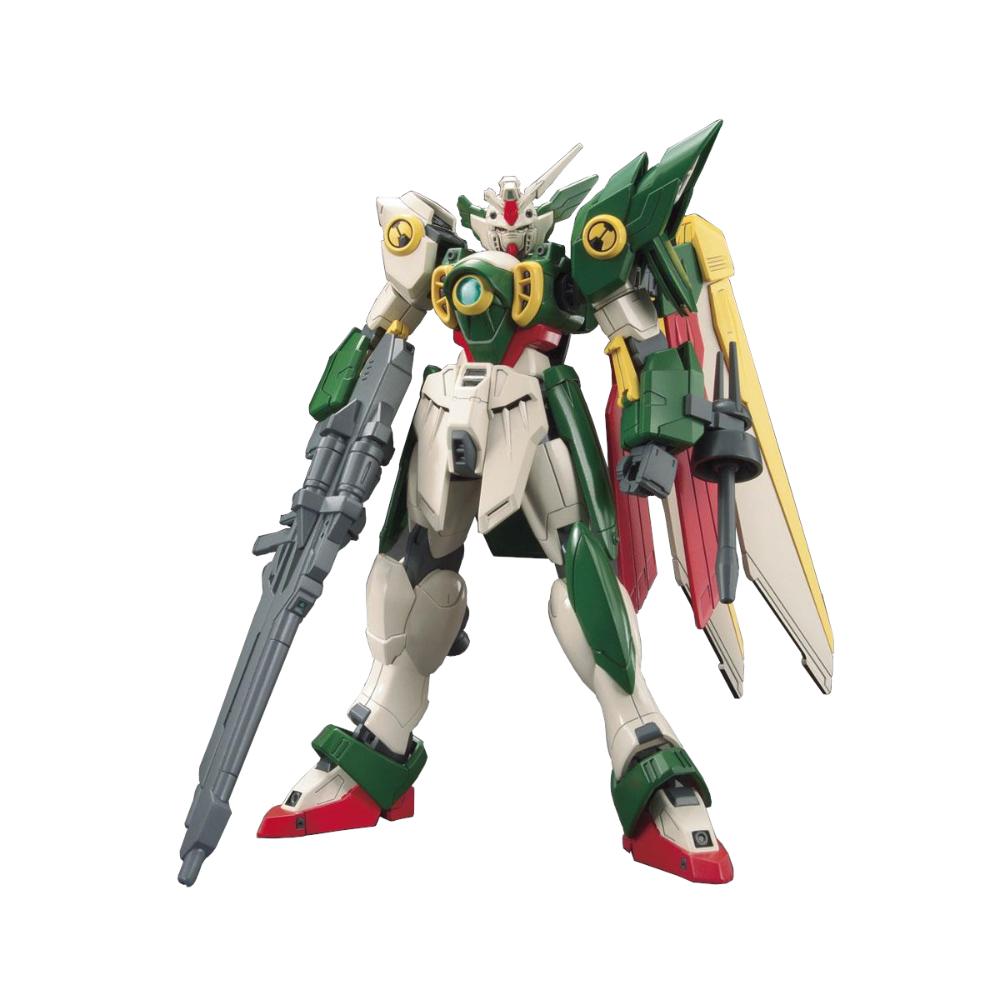 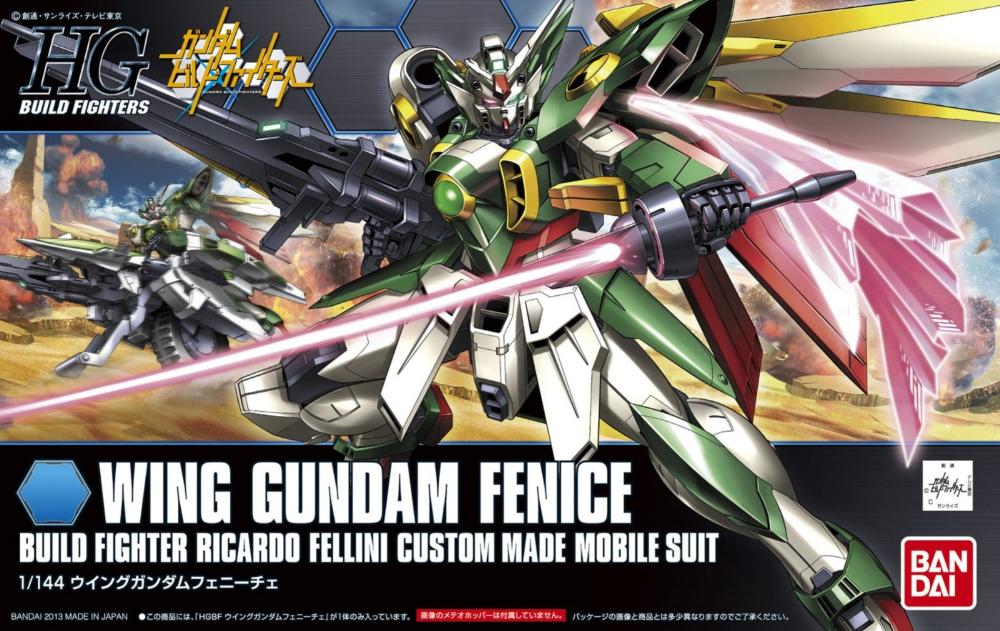 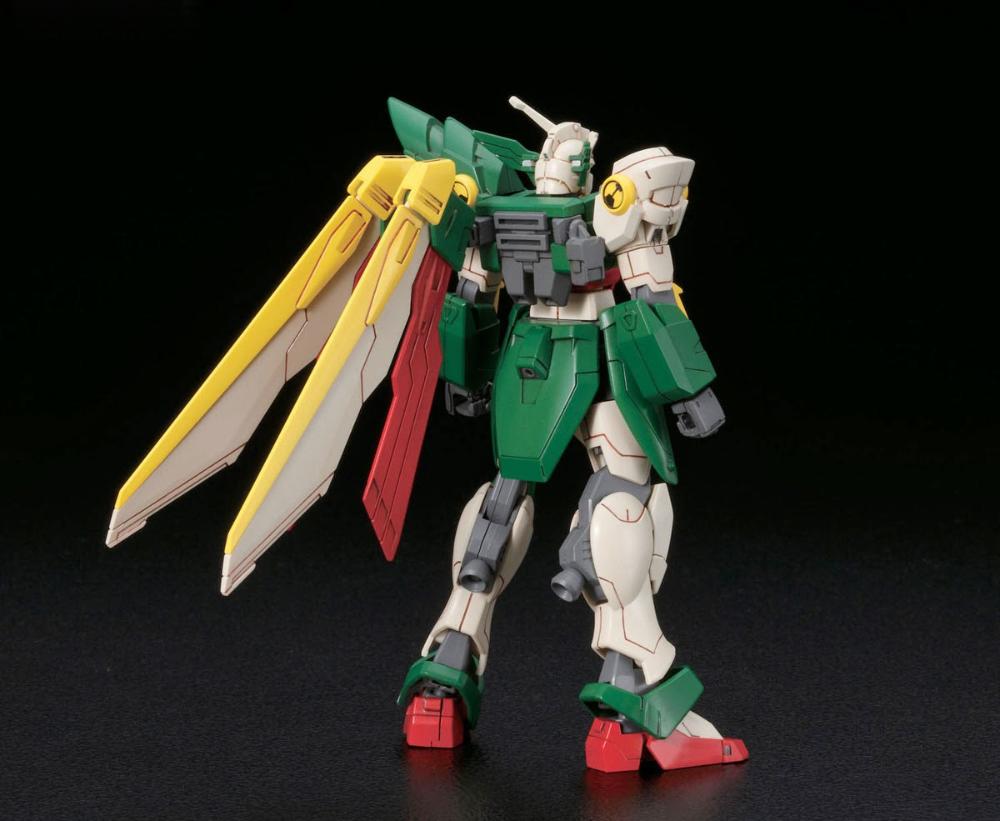 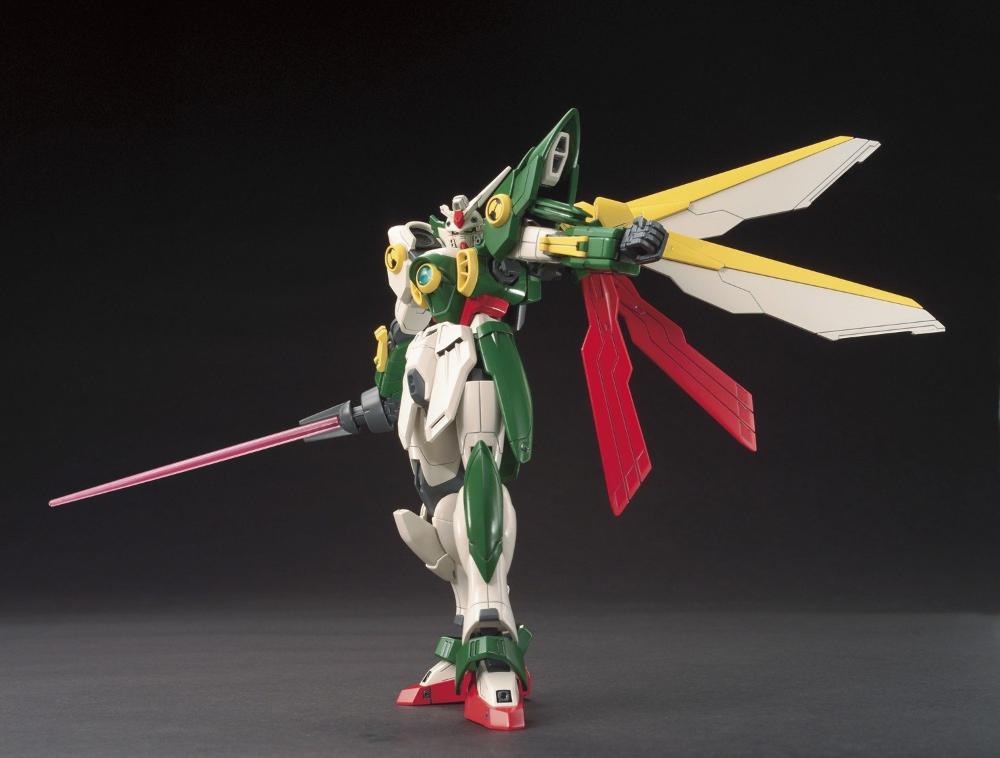 Based on Mobile Suit Gundam Wing’s HG Wing Gundam model kit, the Fenice has been modified to have a just a single wing, and has been designed with an asymmetric theme. Asymmetrical design and battle scars on the ear-wings and v-fin have been reproduced in rich detail. Various arms are included, along with clear parts for Beam Rapier blade and shoulder-mounted Beam Mantle! Includes dividable Buster Rifle Custom-the Buster Rifle’s separation gimmick has been accurately reproduced. Suit can be mounted on the Meteor Hopper (sold separately) for enhanced ground performance! Gunpla of the Italian Build Fighting Champion Ricardo Fellini, the Wing Gundam Fenice is designed with impressive specs, and is one of the most visually striking Suits from Gundam Build Fighters so far!