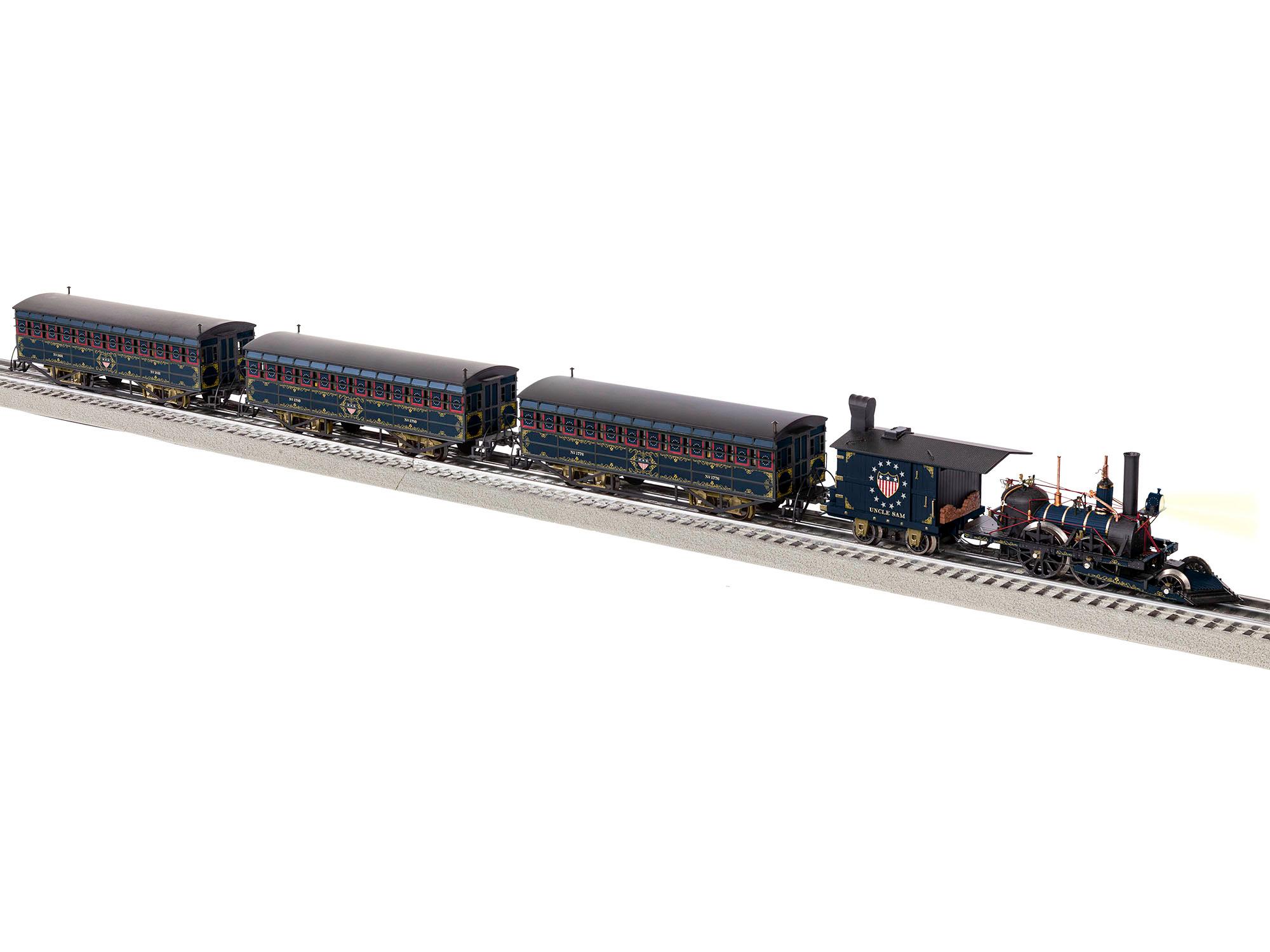 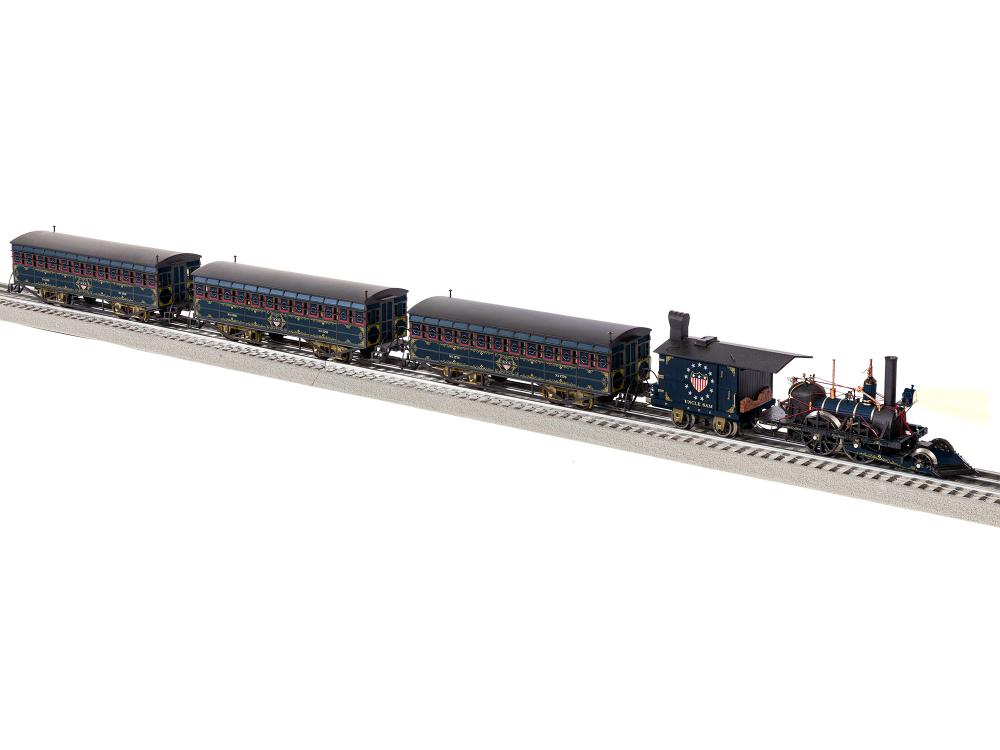 First assembled in the United States in 1831, the John Bull was one of the earliest successful steam locomotives in the United States. Named "John Bull" in honor of its British origin, the locomotive was quickly modified for the unique challenges of American rails including such novelties as a pilot, headlight, larger tender and eventually even an enclosed cab.

The diminutive locomotive performed well and enjoyed a much longer initial life than most would have expected in fact it was still intact and serviceable thirty years later! The Pennsylvania Railroad, successor to the Camden and Amboy, first rediscovered and restored the pioneer in 1876 - even sending it under its own power to the Columbian Exposition in Chicago in 1893. The locomotive became one of the first major artifacts in the collection of the Smithsonian. The original locomotive last ran under her own power in 1981 - marking an unprecedented 150 years of operation as the world's oldest operable steam locomotive. Looking to tell its story at the 1939 World's Fair, the Pennsylvania asked for the temporary return of the John Bull. At the time, requests to operate the locomotive were denied so the Pennsylvania built a new replica in their own shops. Following the event, this replica and C&A Coach #3 toured the Pennsylvania system aboard two flatcars. Like other pieces of their historic collection, they were often loaned to towns for special events. Today this replica and the coach can be seen together at the Railroad Museum of Pennsylvania. The original John Bull remains in Washington DC. With the original locomotive turning 190 years young in 2021, it's time to celebrate this remarkable little machine once again in three new sets! The Pennsylvania's decoration and show train has never been recreated in O scale before - what a perfect way to add a historic touch to your "modern" 1950s and 1960s era layout! Of course a classic version of the set is also available, this time with a brown boiler jacket as the locomotive is restored today. Lionel also felt that John Bull's American brother Uncle Sam also deserves a train of such high regard, and took a fun "what-if" approach as well. Each set includes a powered locomotive with conventional transformer control and operating headlight, 3 coaches, or a coach and two flatcars for the Pennsy's train.