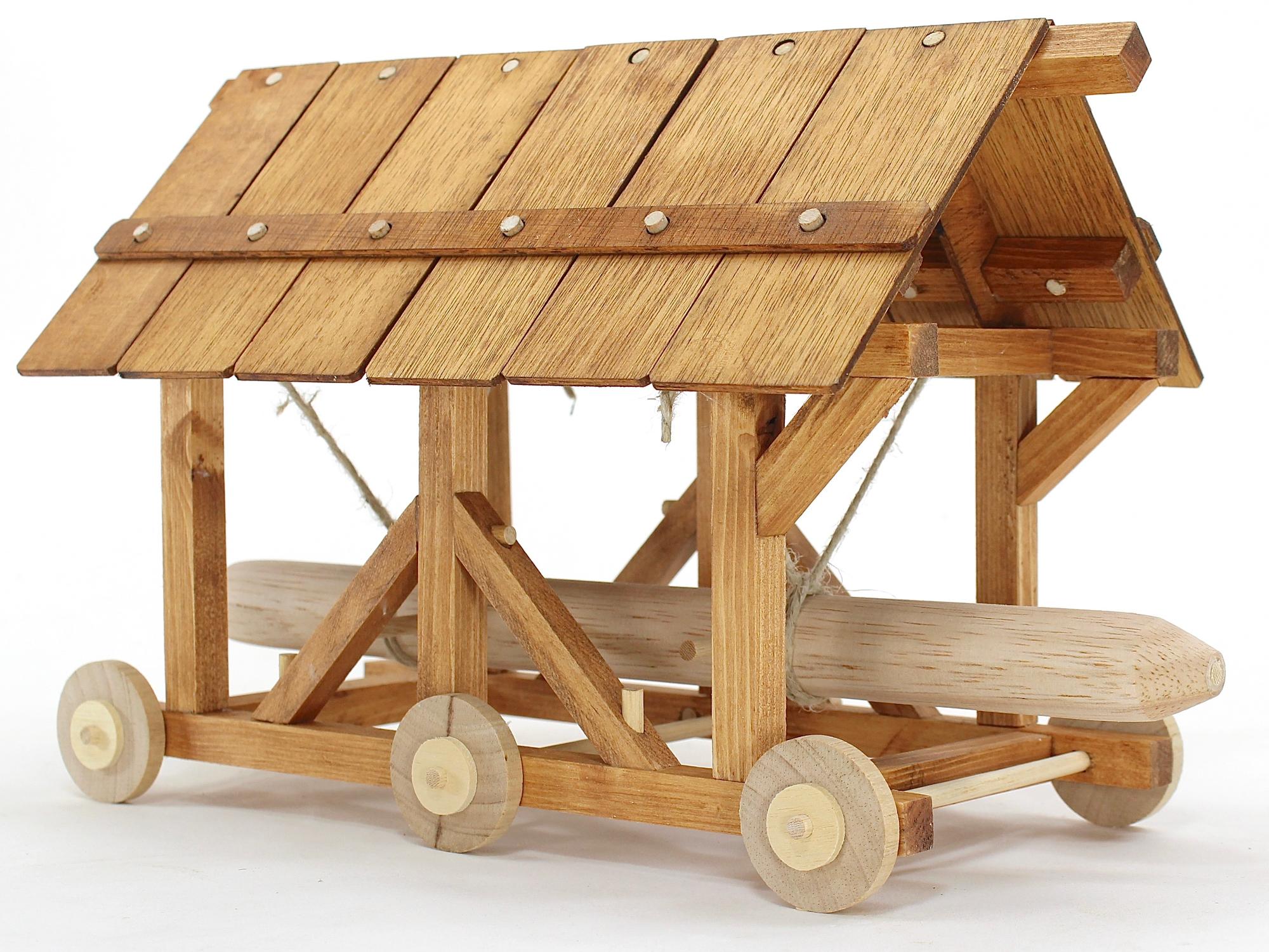 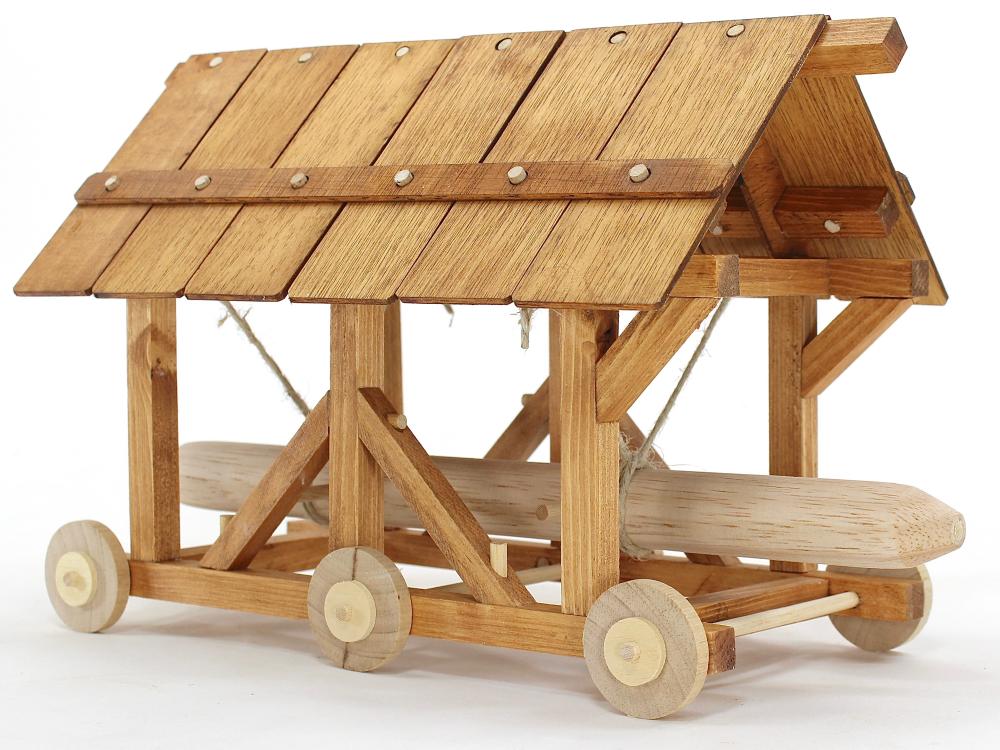 Battering Rams over the millennia had to evolve as the fortress defenders improved their techniques to repel the attackers.

Starting with simple huge logs held by many attackers, to the fully enclosed battering ram houses and siege towers with battering rams at the bottom, each battering ram was made specifically for the siege at hand.  This Battering Ram was a widely used style that allowed protection for the attackers, mobility, and pretty good results (depending of course on which side of the wall you were on).

Moats eventually made battering rams ineffective in many situations, and in the later Middle Ages as Trebuchets and (even later) cannons using gunpowder could launch large projectiles to break apart walls, Battering Rams were no longer used.