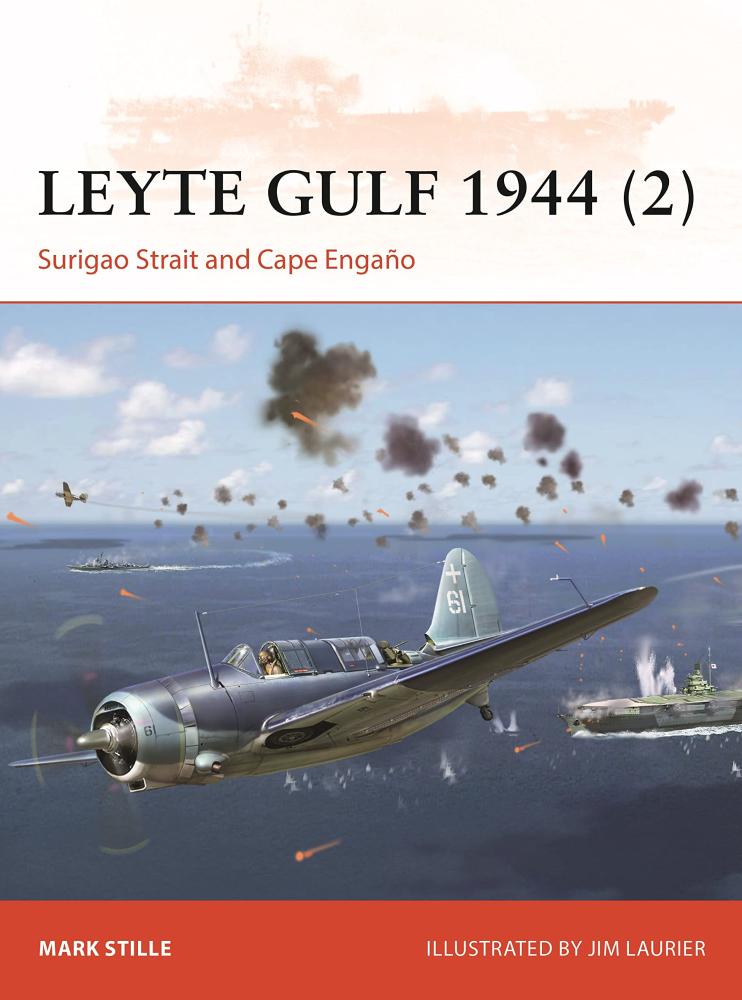 This is the second volume in a two-part illustrated study of the October 23-26 Battle of Leyte Gulf, which resulted in a decisive defeat for the Japanese.

Complementing the first volume's coverage of the IJN's First Diversion Attack Force at the battles of the Sibuyan Sea and off Samar, this superbly illustrated second volume focuses on the forces supporting the main Japanese thrust. Naval expert Mark Stille reveals how the Japanese Main Body succeeded in its mission of luring the US Third Fleet to the north, but at a tremendous cost in the ensuing Battle off Cape Enga&ntildeo. Also explored in full visual detail is the fate of the small detachment of seven IJN ships ordered to attack into Leyte Gulf through Surigao Strait in the south. The resulting Battle of Surigao Strait on October 25, 1944 would prove to be the last battleship duel in history.