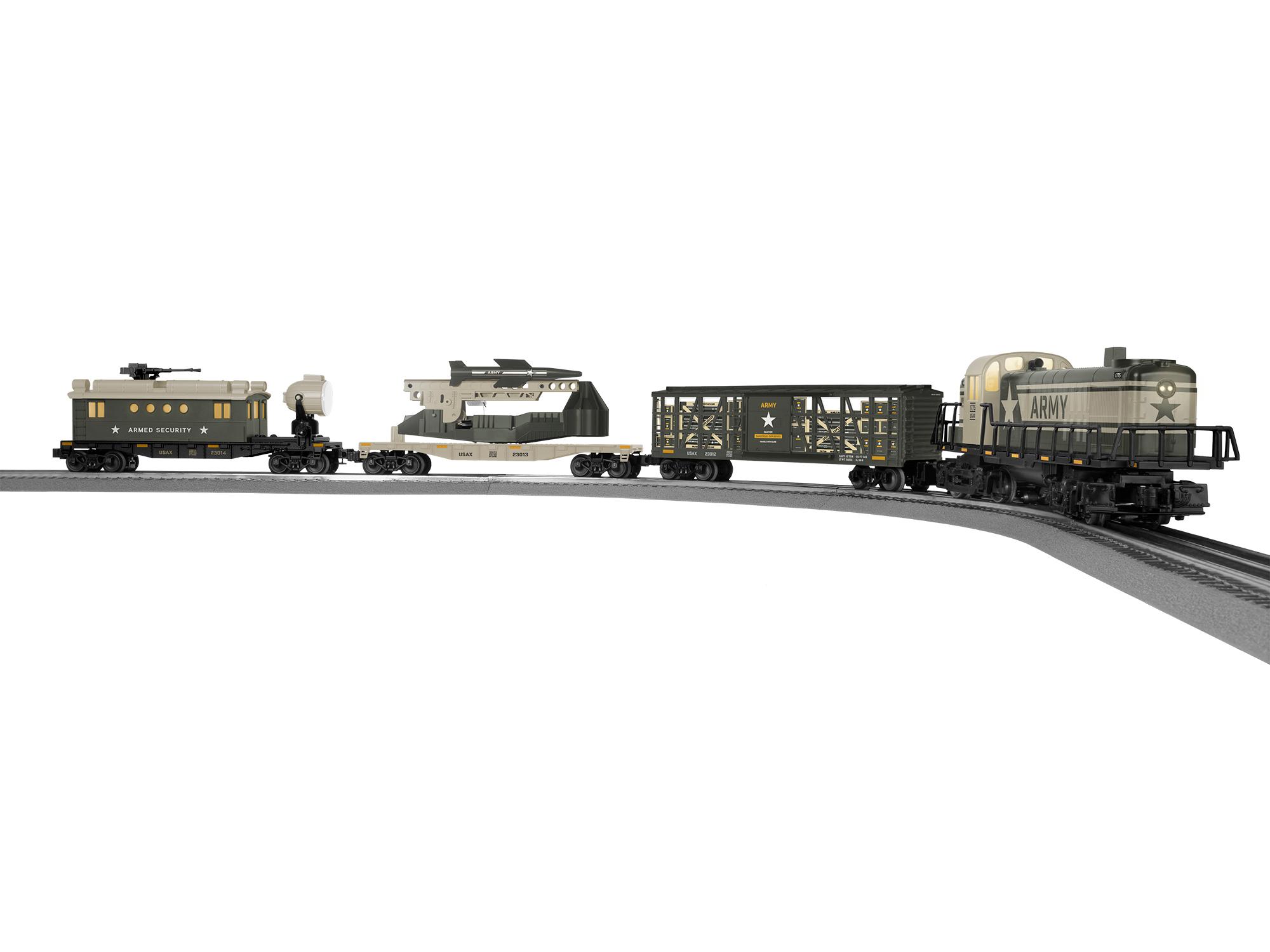 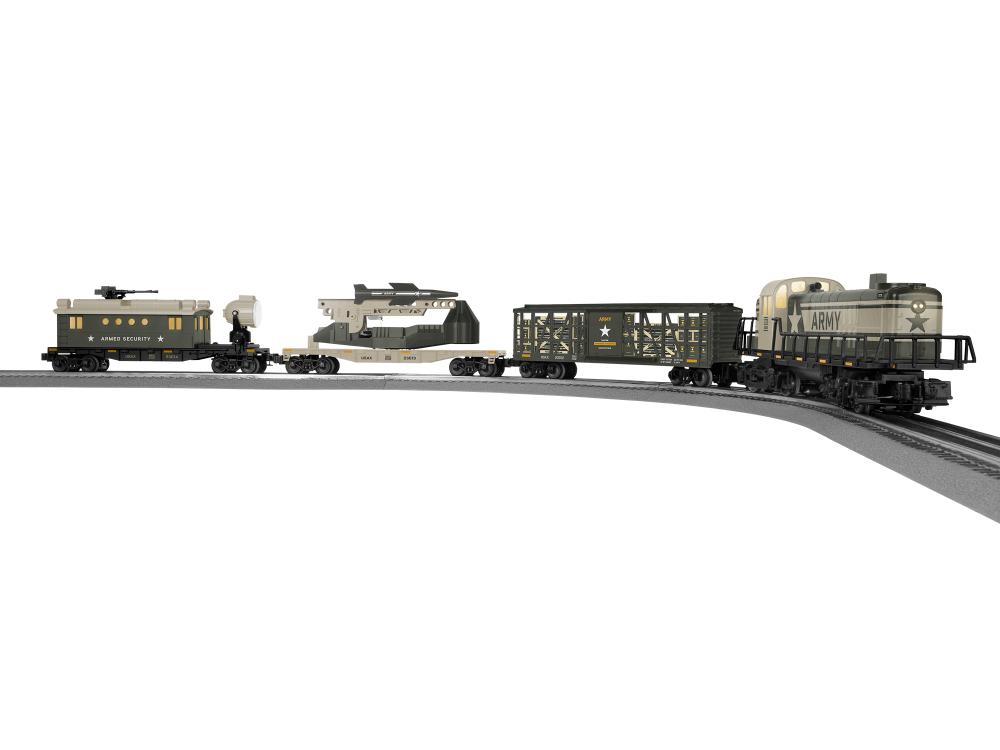 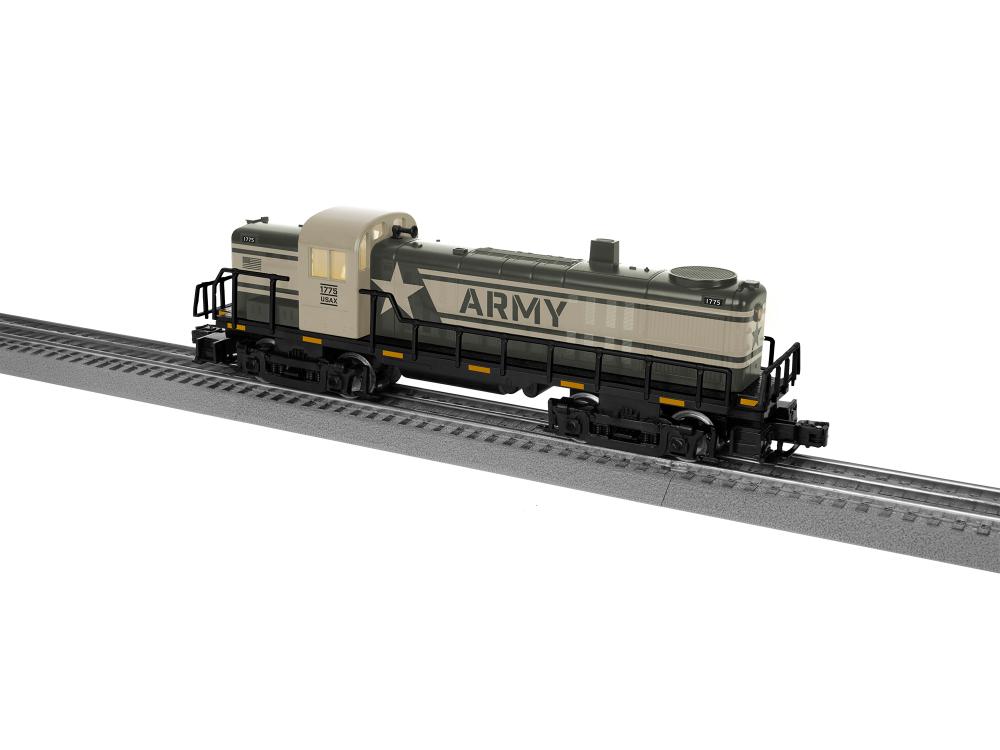 Boots on the ground! It's time to get this Army train loaded up and off to our soldiers!

Lionel's new Army LionChief train set comes complete with everything you need to get your train up and running and headed out to replenish the base. Run this set with the included remote or using our new Lionel Voice Control feature! Become the Commander by simply speaking a command into your phone via the LionChief App and watch as your Army train follows your lead! This set is also equipped with the new Voice Streaming & Recording feature that gives you the ability to record or live stream your own custom announcements using the LionChief App. Expand your set with our new Army Missile Flatcar and grow your layout with our assortment of new Army themed accessories! Your Army base will be stocked up and ready to protect and defend!