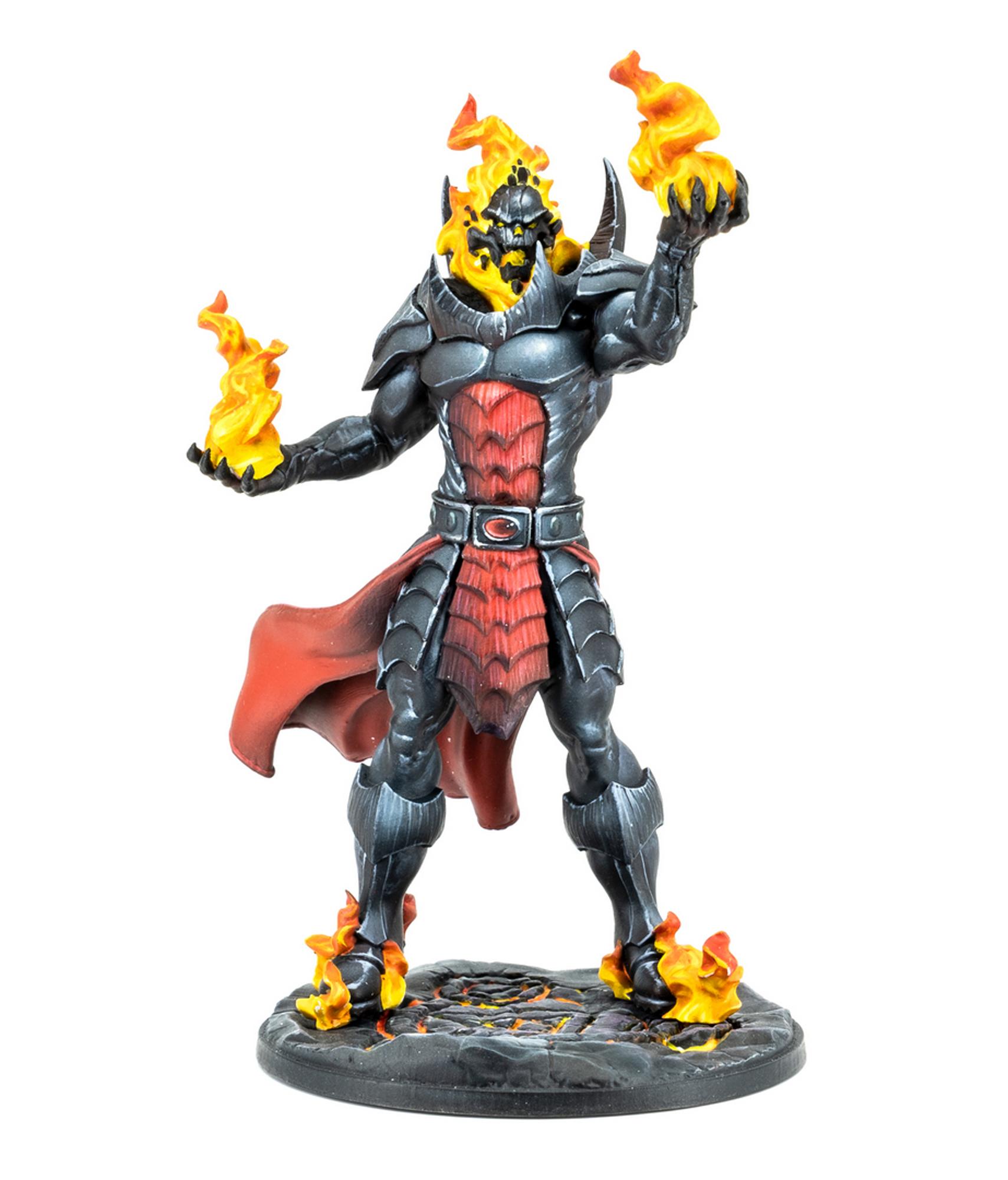 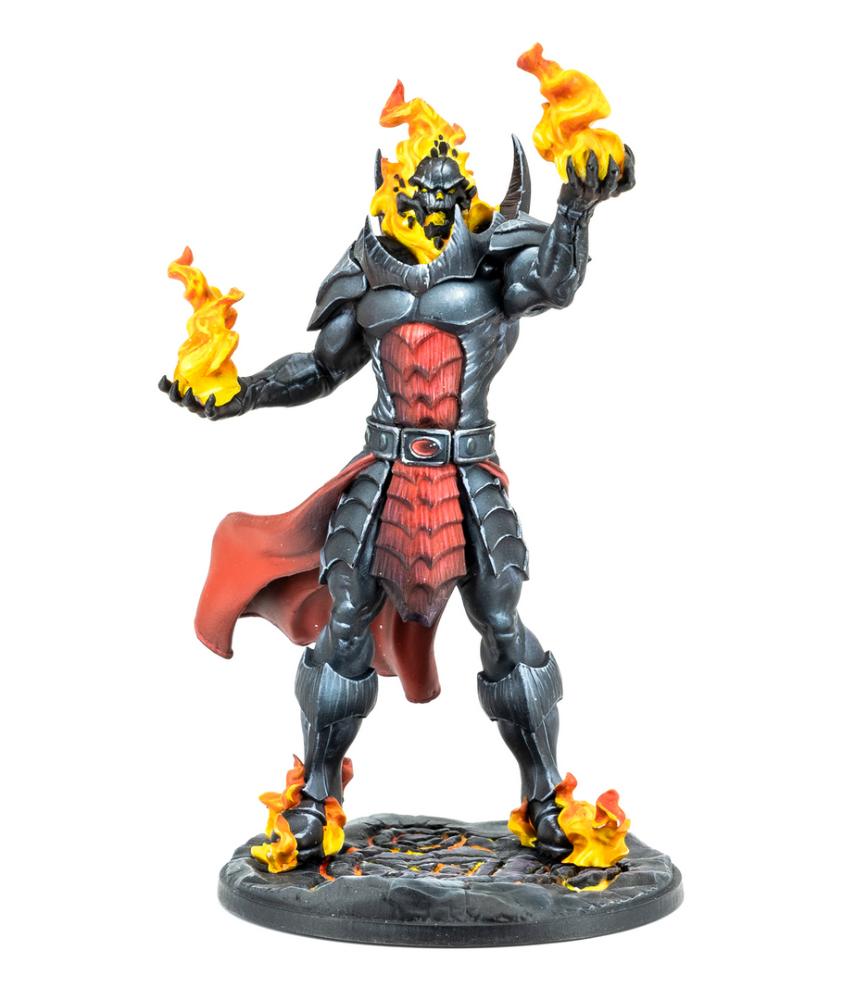 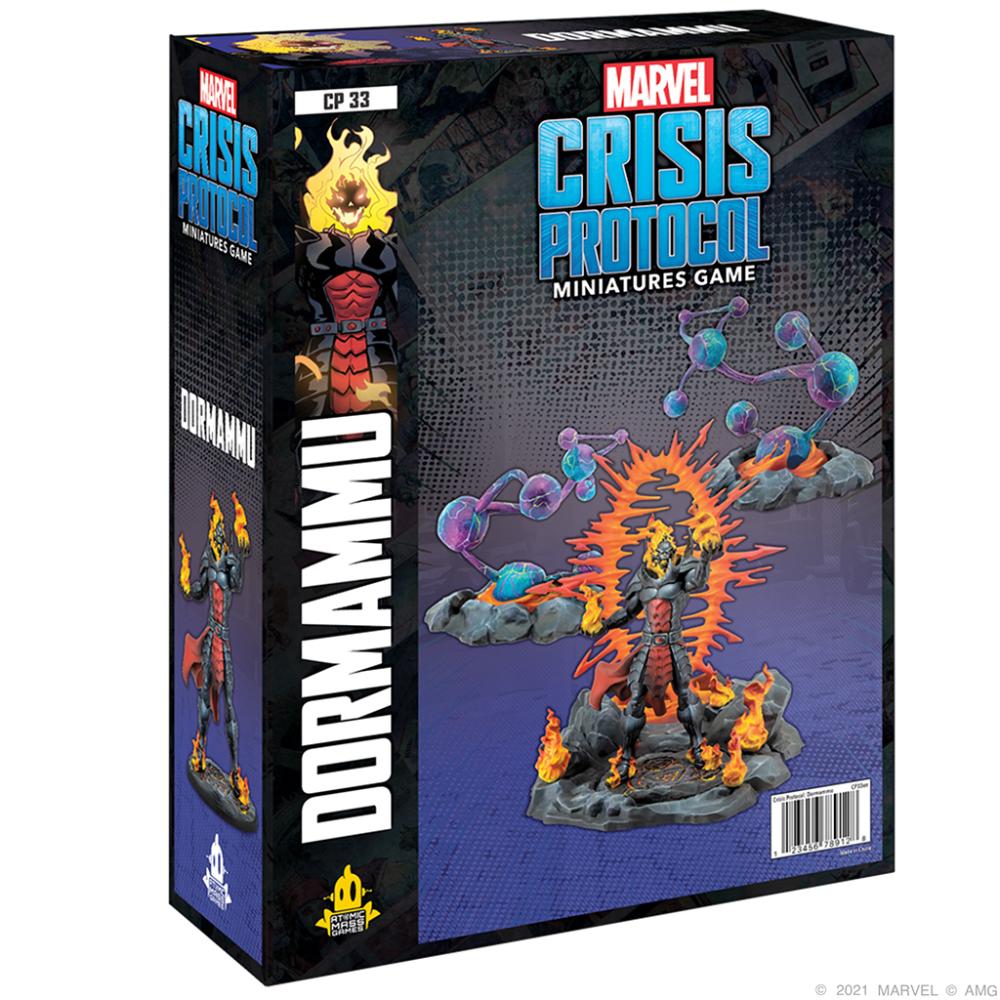 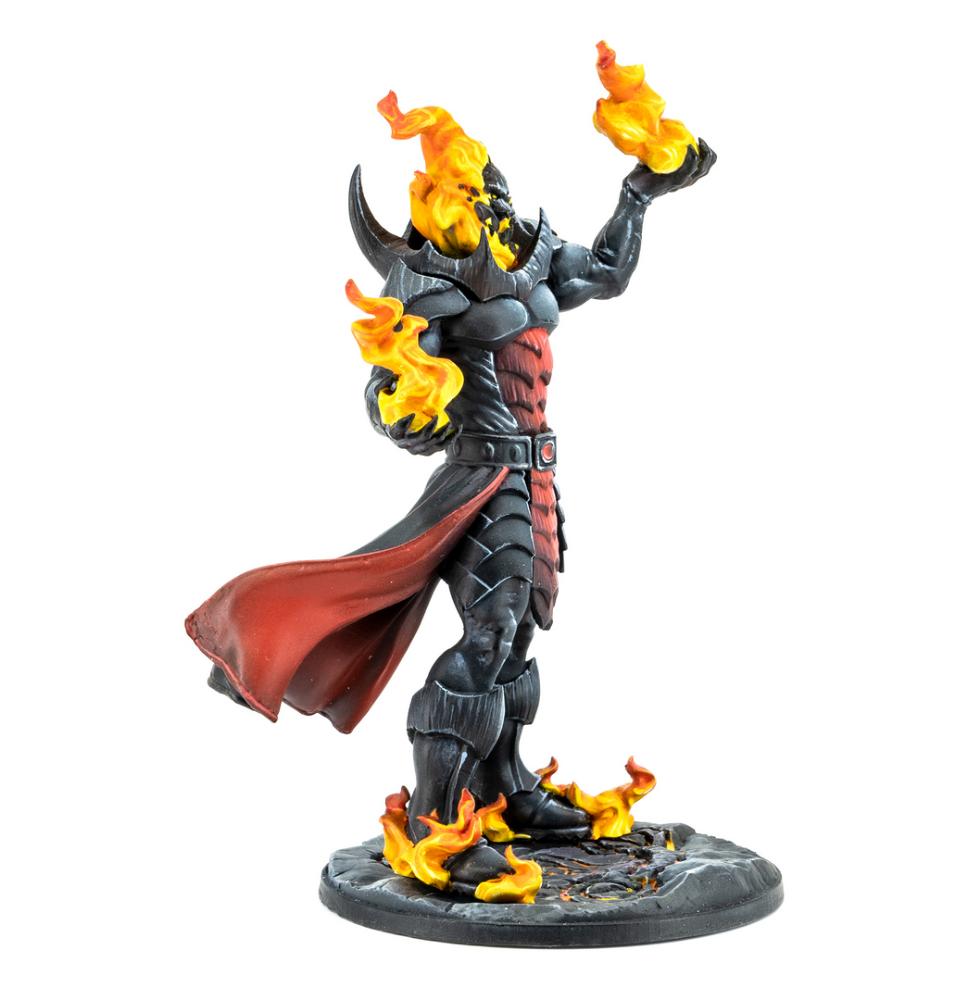 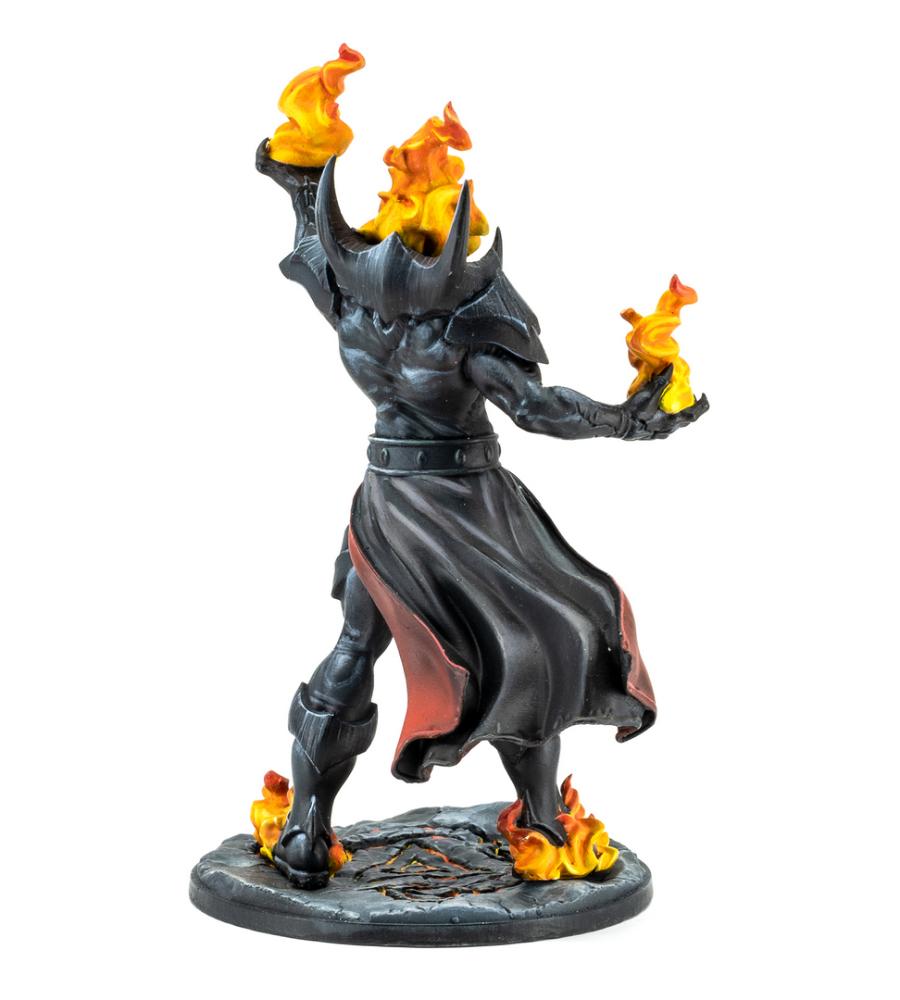 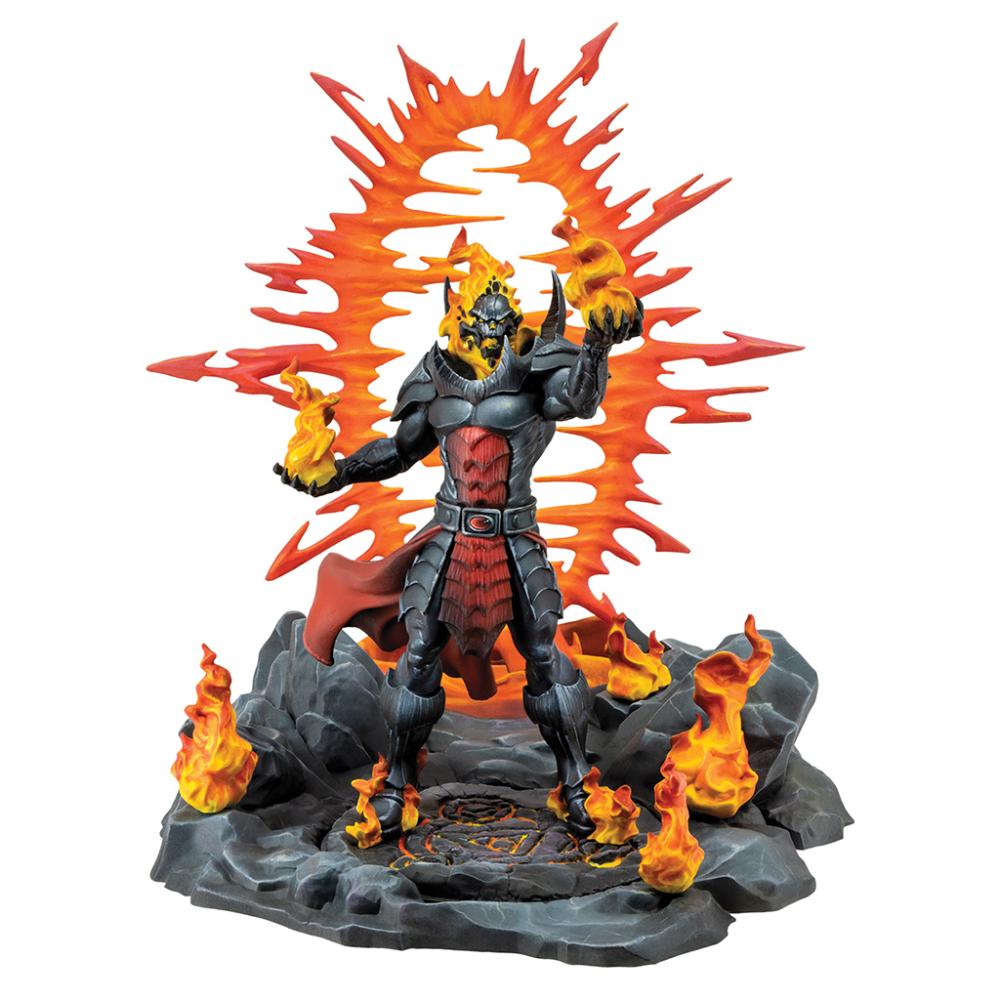 Dormammu is the ruler of the Dark Dimension, an intersection of dimensions and realities that defies the laws of nature.

He is one of the Faltine, an enigmatic race of beings made of pure mystical energy. Dormammu possesses patience that can be measured in eons he has intelligence beyond reckoning and command of mystic arts to match. Dormammu is an arrogant tyrant, seeing himself as nothing less than a god. He is the most imposing foe of Sorcerer Supreme Doctor Strange and represents a threat to entire realms as he absorbs other universes into his own, expanding his worship among any who seek to invoke his vast powers.

This expansion pack provides players everything they need to add Dormammu to their games of Marvel: Crisis Protocol. This expansion pack includes rules for an all-new Ultimate Encounter. In Ultimate Encounter: Dark Intruder, two players team up in one last desperate gamble to defeat Dormammu and halt his dimensional incursion before he can draw their universe under the control of his Dark Dimension.