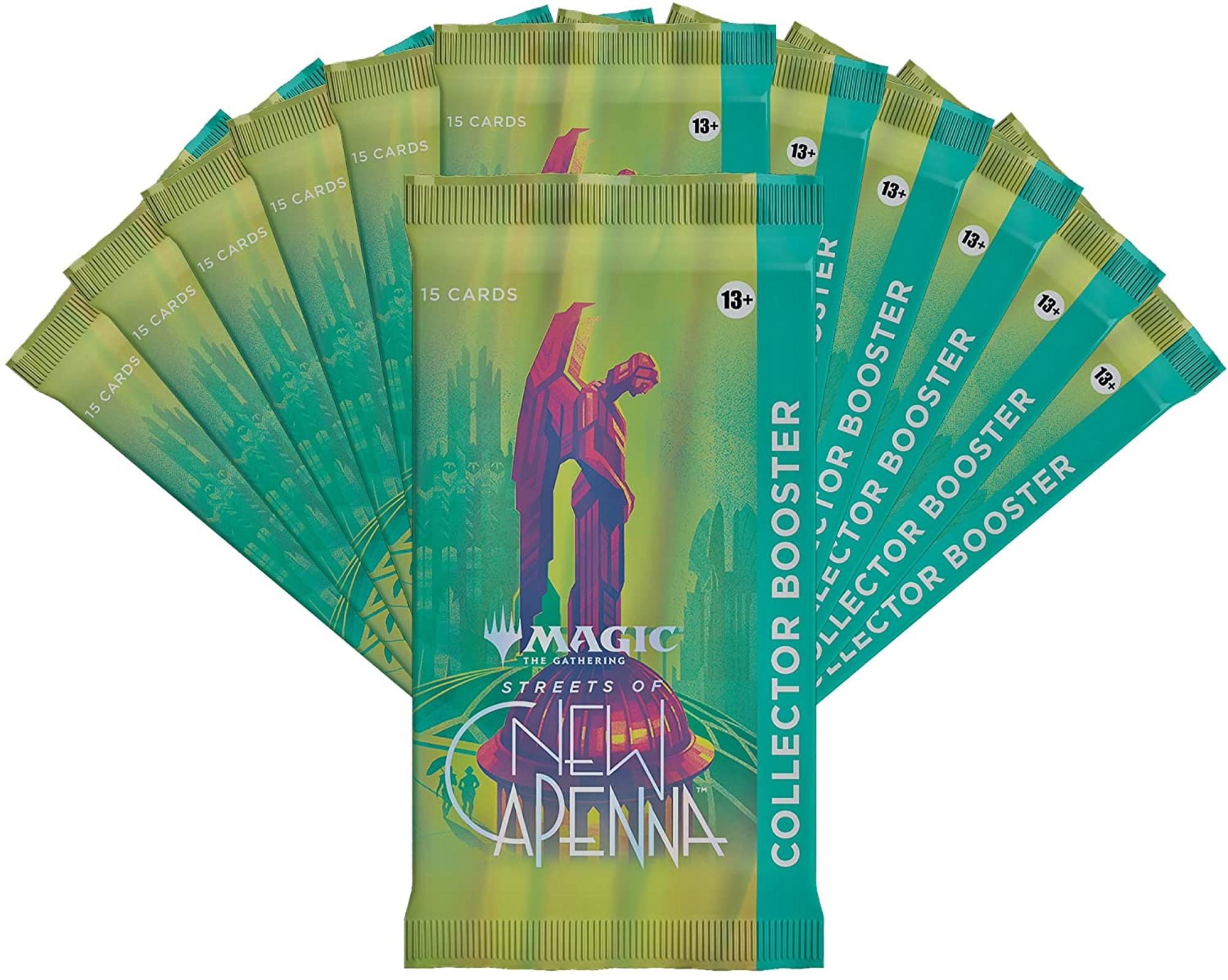 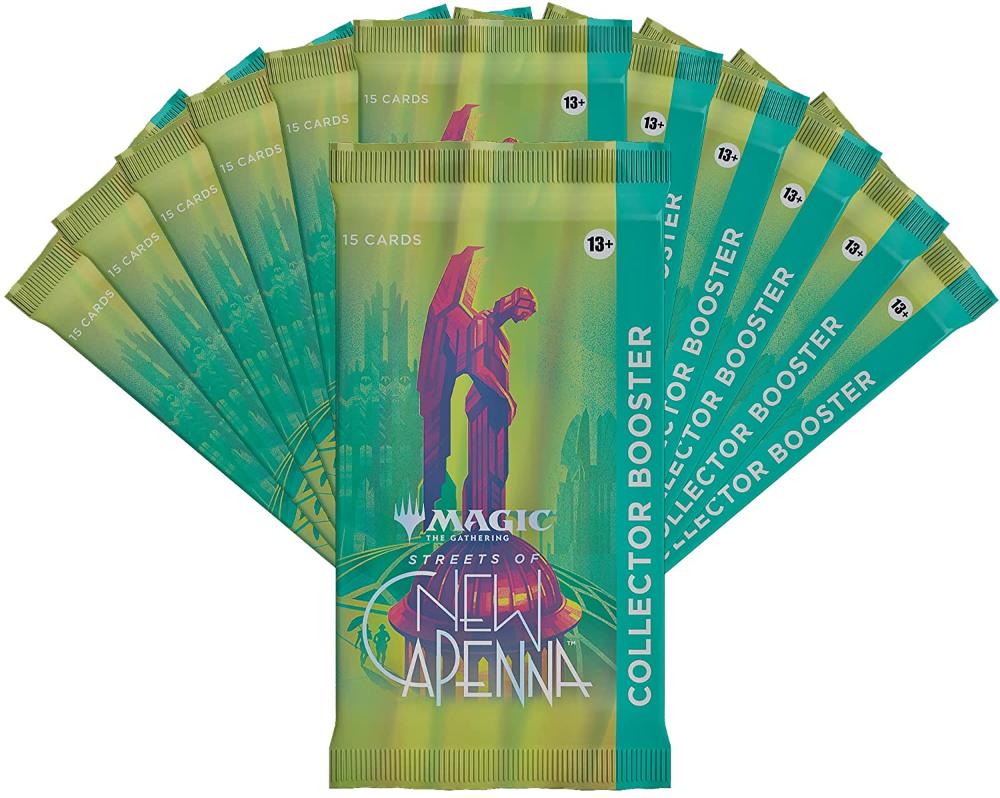 Glitz, Glamor, and Glory. Welcome to the bustling metropolis of New Capenna. Beneath the city’s glamorous fa&ccedilade lies an underworld of organized crime, hidden speakeasies, and rampant corruption. Join one of five powerful crime families and scheme your way into power beyond your imagination.

Live the high life with the plushest luxuries New Capenna has on offer. Each booster contains Traditional Foils, Extended Art cards, Art-Deco inspired Showcase cards, a combination of 5 rares or mythics, and maybe even a Foil-Etched or Gilded Foil card.

Note: Price is for one pack.