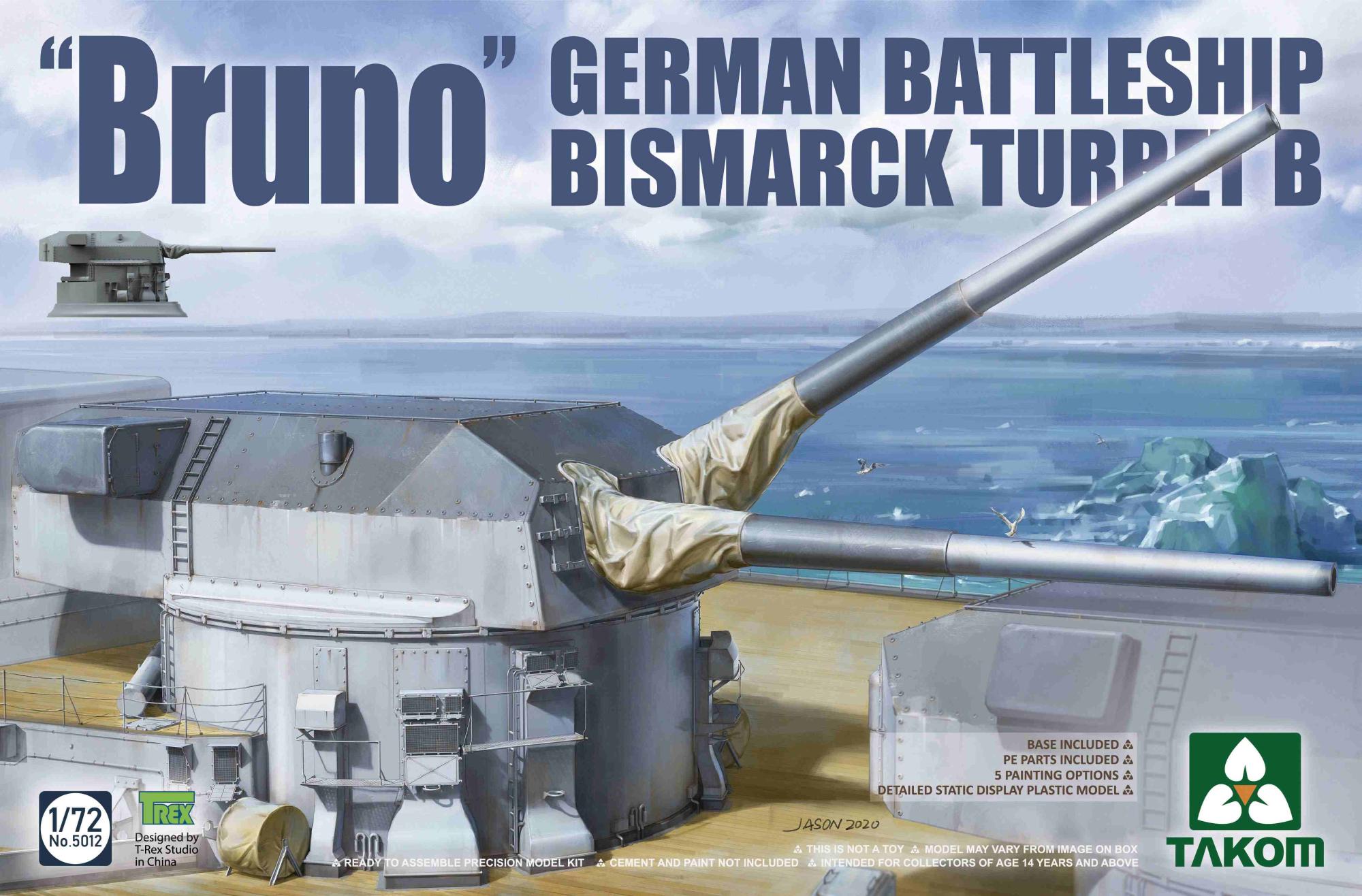 The German battleship Bismarck’s eight 950px SK C/34 guns were mounted in pairs in four armored turrets arranged alphabetically from bow to stern and were the most powerful guns used to arm any Kriegsmarine ship during WWII. Turrets "Anton" and "Bruno" were located forward, and turrets "Casar" and "Dora" were located aft. Each turret weighed some 1,056 metric tons and allowed each gun to be elevated and fired independently, firing both HE and AP shells at high velocity. The Bismarck managed to sink the British battlecruiser HMS Hood on 24 May 1941 before being sunk herself just a few days later after being disabled by a torpedo launched from a Fairey Swordfish of HMS Ark Royal.