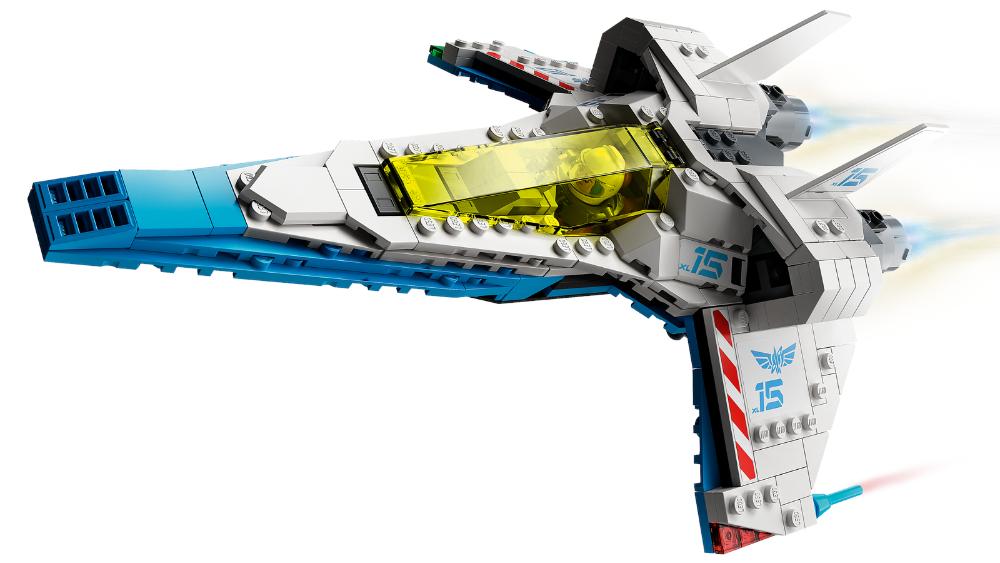 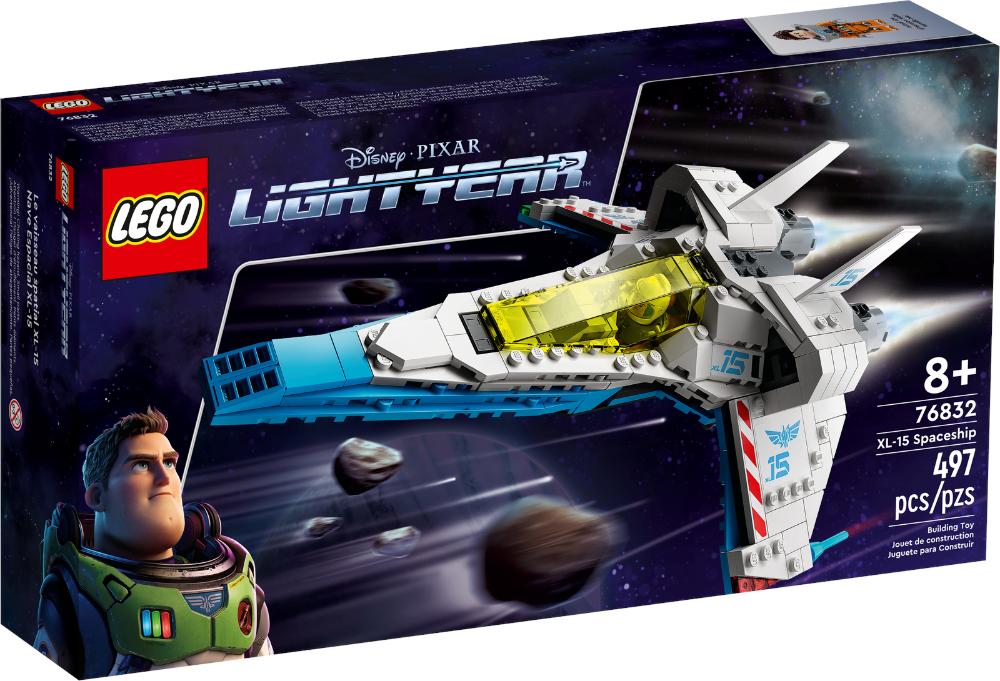 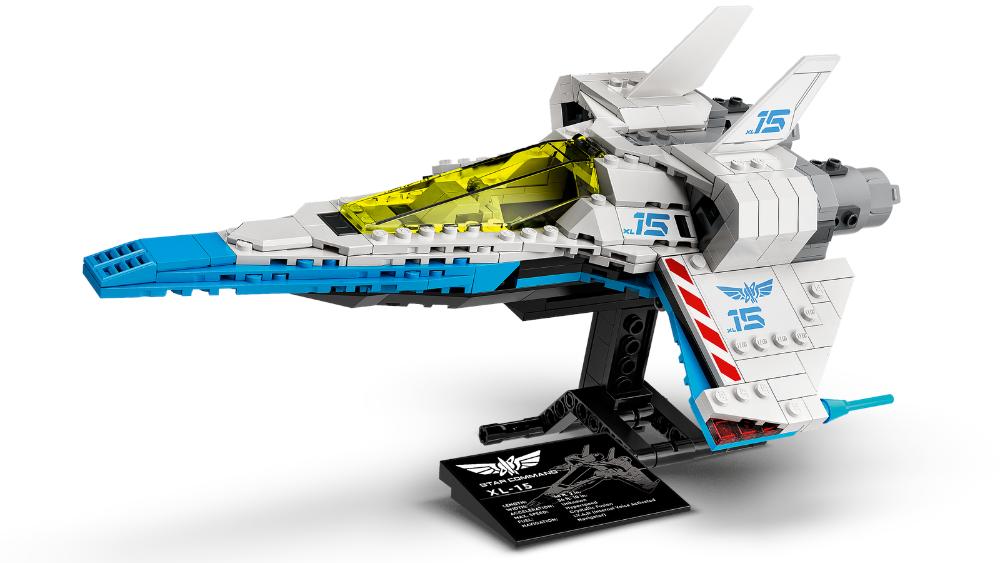 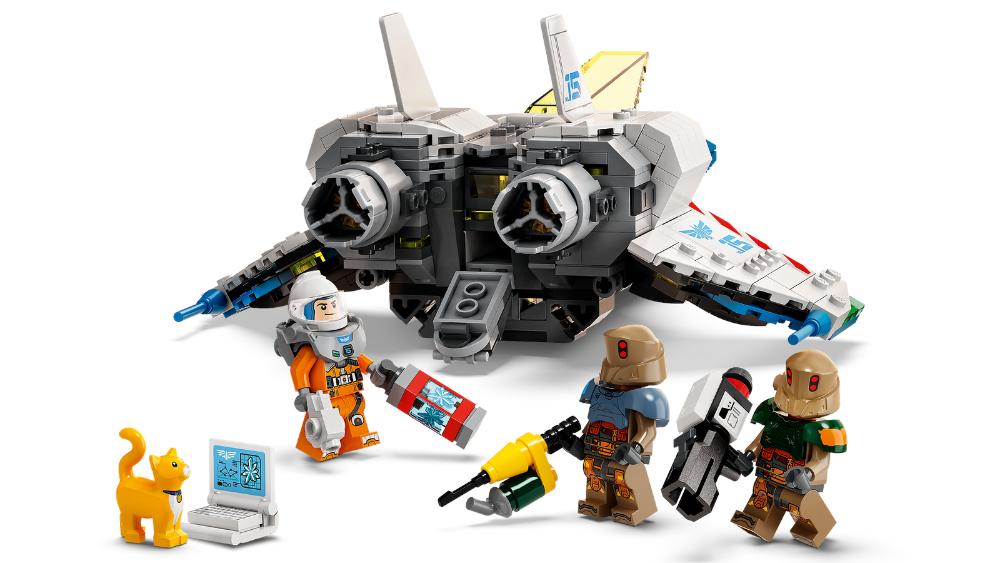 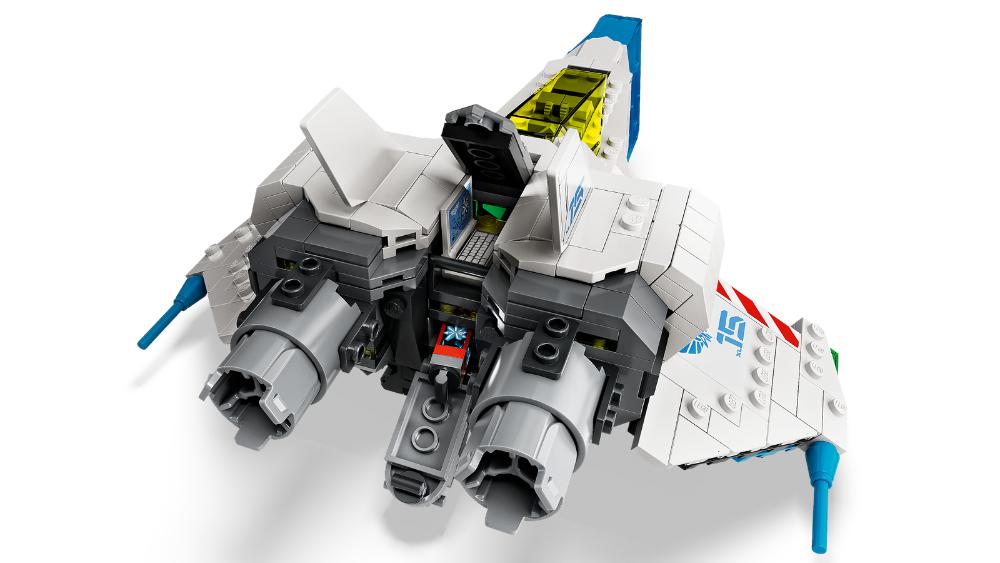 Let space fans aged 8+ play the hero in their own intergalactic adventure with the XL-15 Spaceship (76832) buildable, collectible toy. Imaginations take flight as fans play at travelling through space with Buzz Lightyear in his spaceship on another mission to save the galaxy from evil.

For play and display

This cool buildable spaceship toy features authentic details from Disney and Pixar’s Lightyear, the Buzz Lightyear origin story, such as an opening cockpit that fits the LEGO® Buzz Lightyear minifigure, and a removable fuel cell. The set comes with 4 characters from the movie and 3 weapons, including Darby’s &lsquoMr. Boom’ rocket launcher, so fans can recreate scenes from the movie. There’s also a stand with an information plaque so fans of the movie can proudly display their model in their bedroom.