LEGO Creator 3-in-1 - Viking Ship and the Midgard Serpent 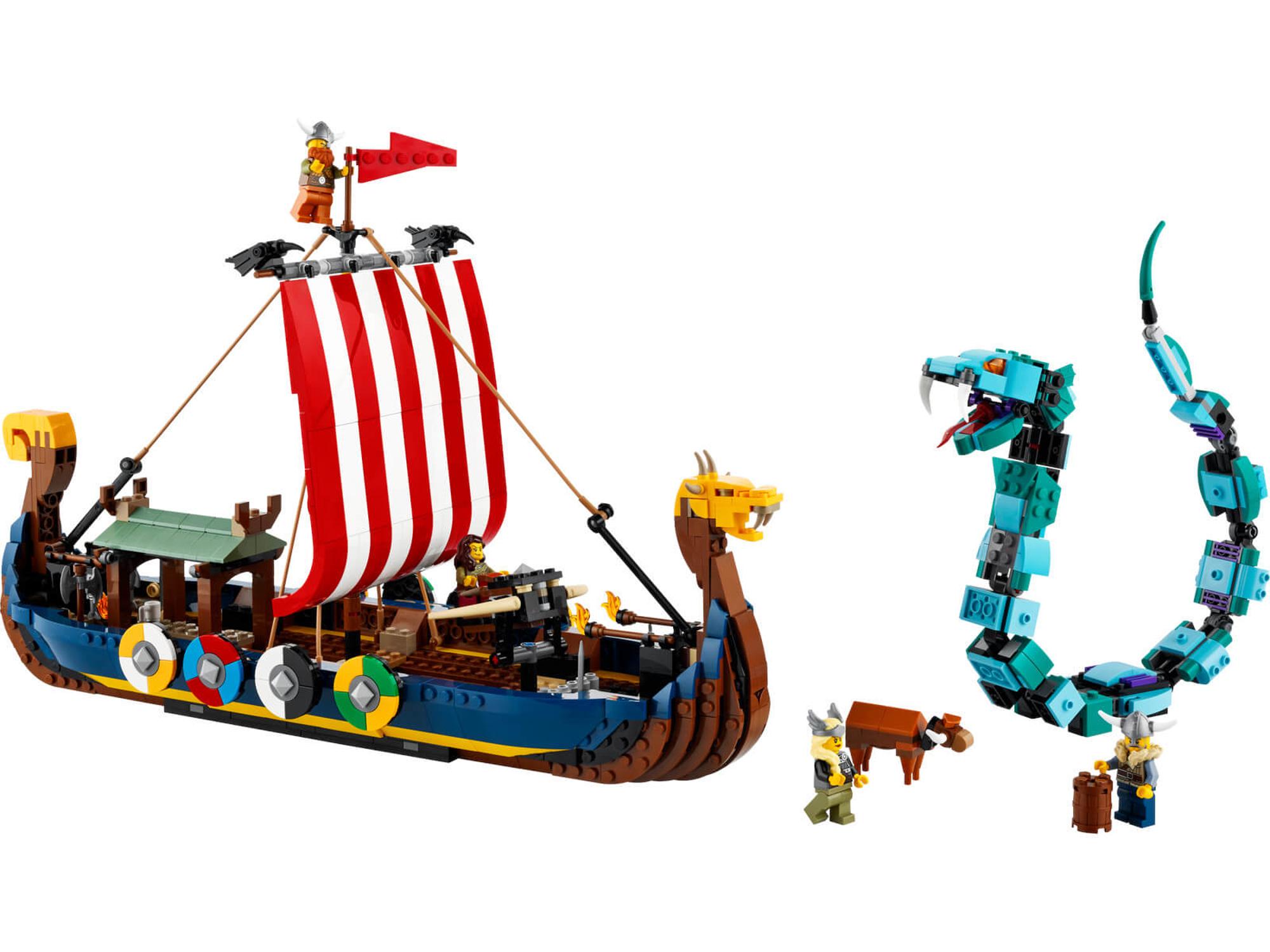 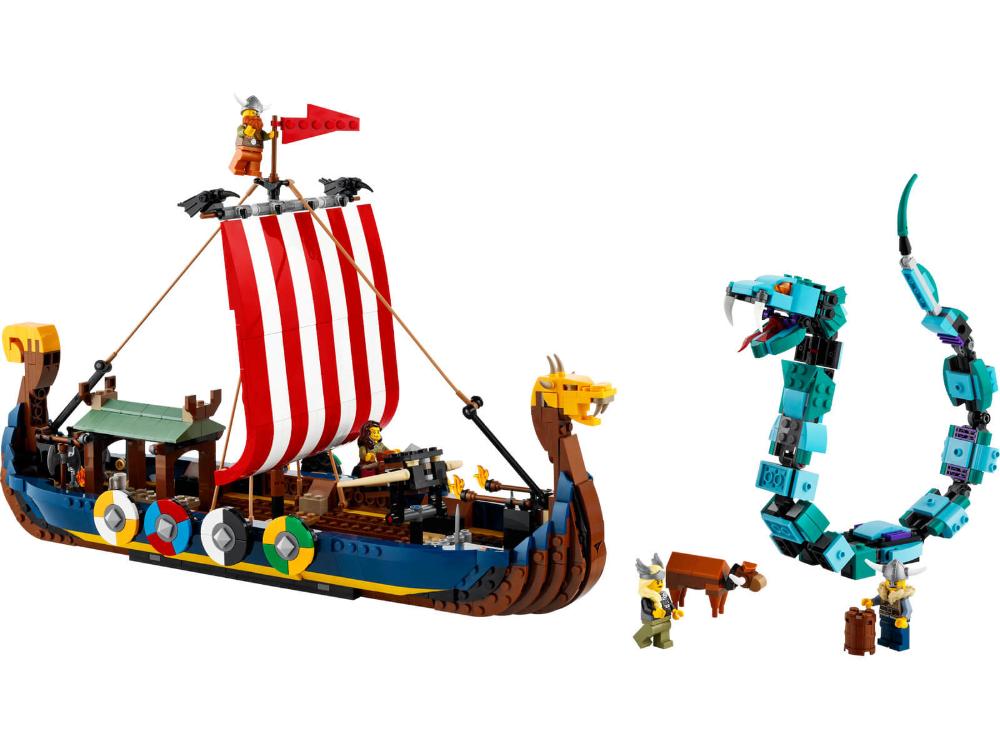 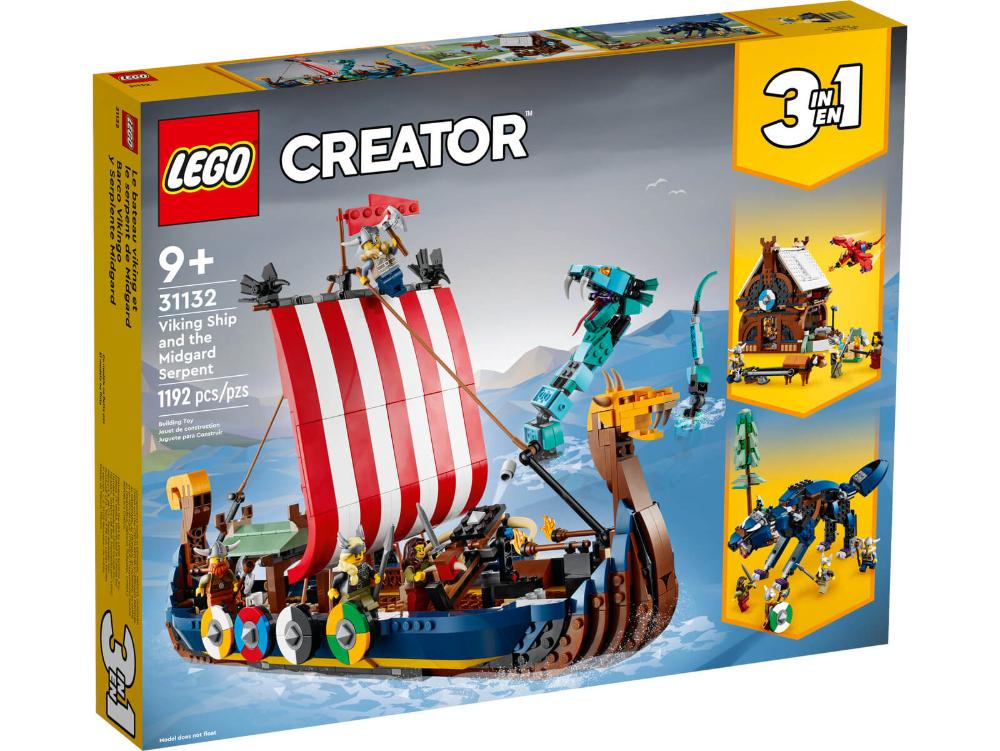 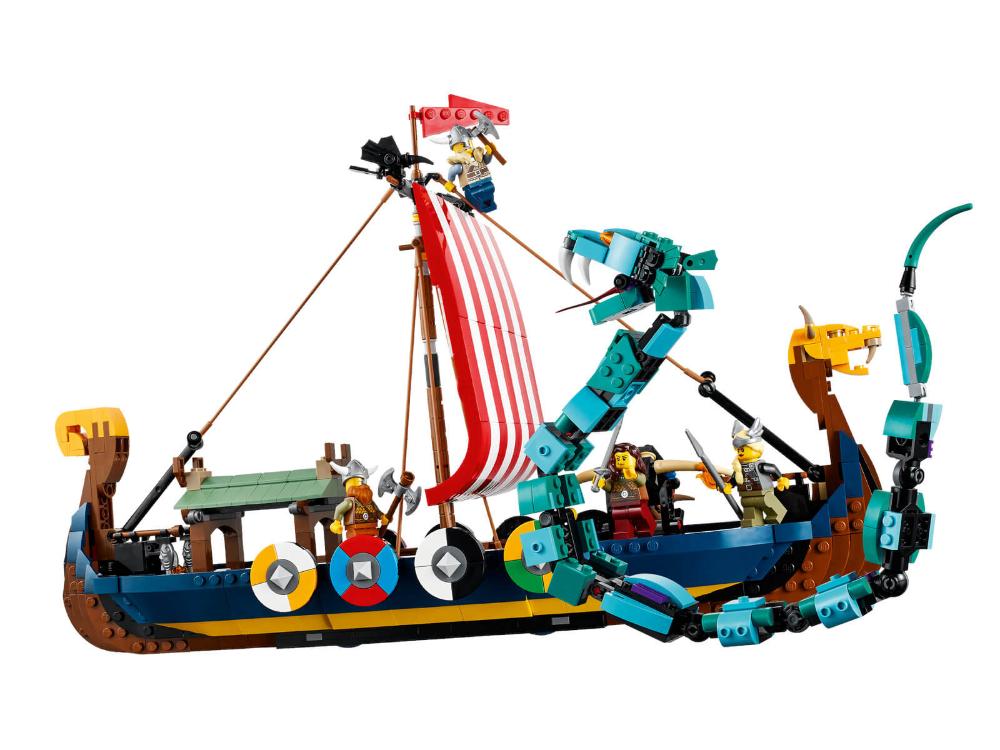 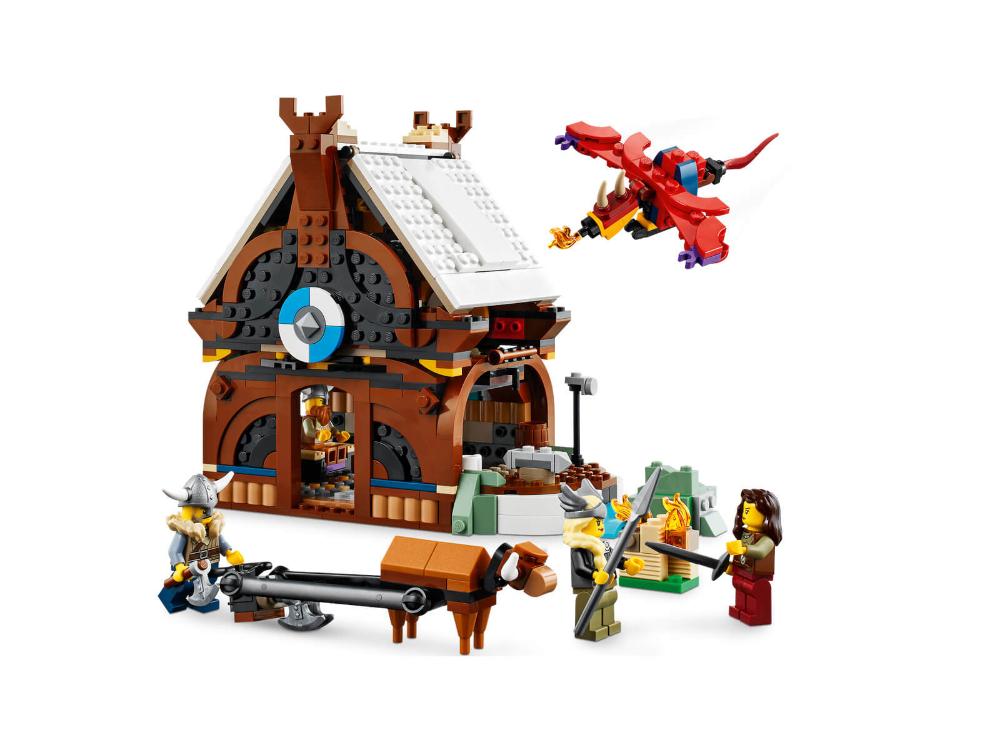 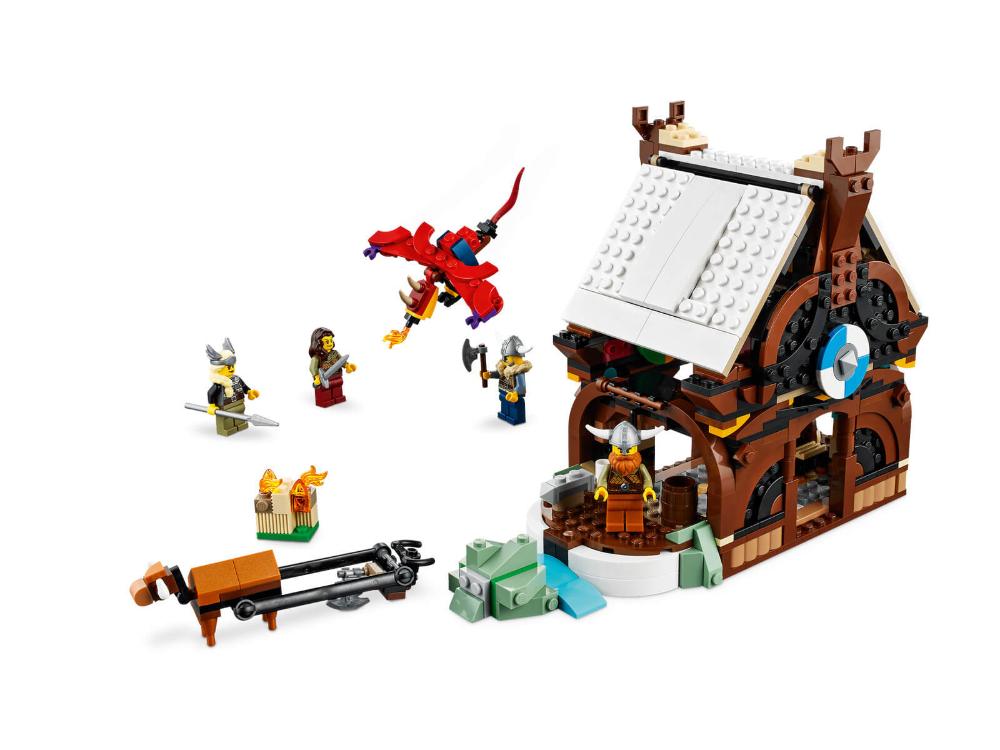 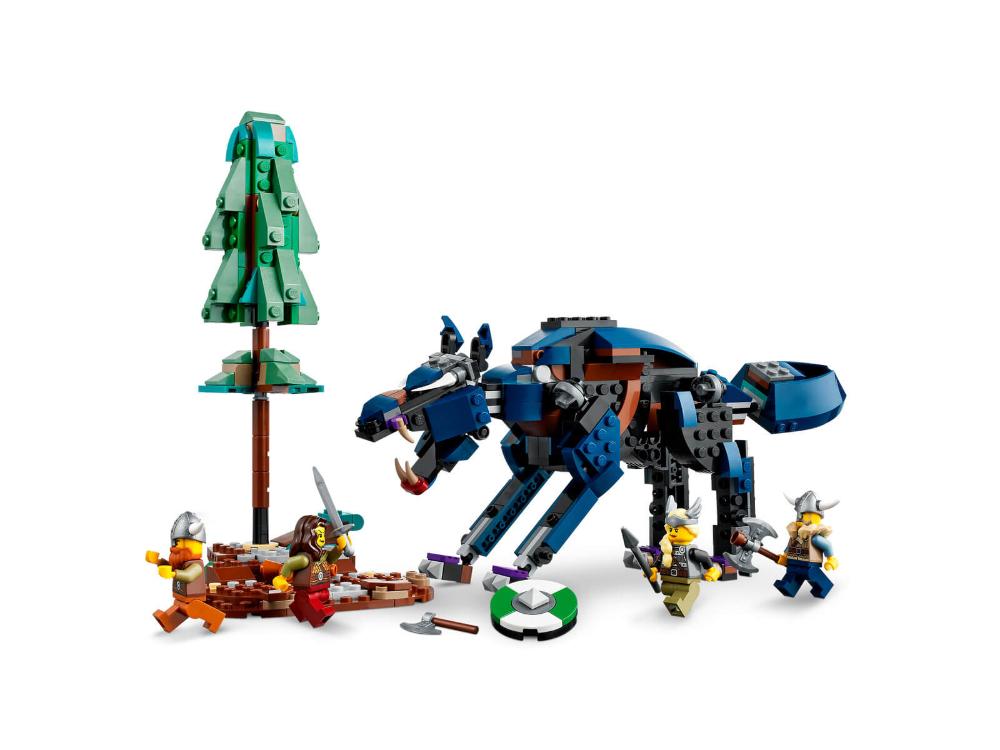 Kids aged 9+ can role-play exhilarating action with this LEGO® Creator 3in1 Viking Ship and the Midgard Serpent (31132) building set. It includes a traditional Viking Ship model adorned with 8 shields, a ballista stud shooter, a brick-built cow and 2 brick-built ravens, as well as a posable Midgard sea serpent so kids can play out fun scenes.

Viking fans can dream up stories based on 3 exciting builds: a ship and a serpent, a house and a dragon, or a wolf and a tree.

LEGO fans will be thrilled to build 3 different Viking toys with this action-packed 3in1 set. They can build a Viking Ship with a Midgard Serpent, a Viking house with a dragon, and a brick-built cow or a Fenris wolf next to a tree with hidden jewels. Each build comes with 4 Viking minifigures.

LEGO Creator 3in1 gives kids all they need to enjoy countless hours of fun with 3 different models to build in every set! Each detailed model can also be taken apart and rebuilt into whatever they dream up. Choose from an amazing range of 3in1 sets, including ships, houses andsubmarines.