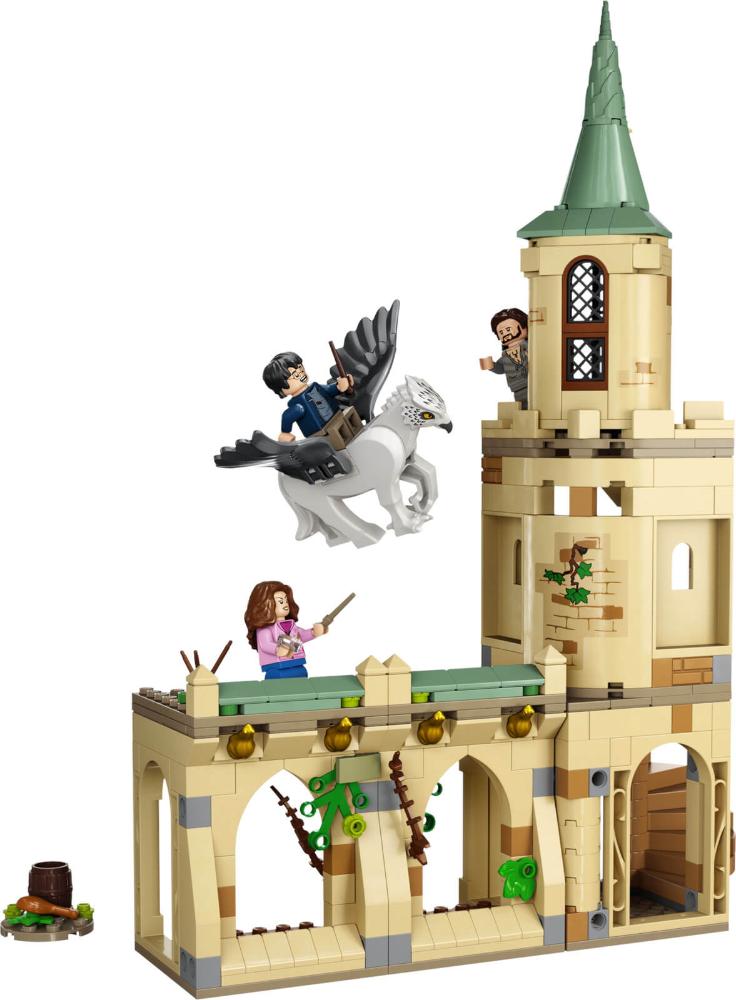 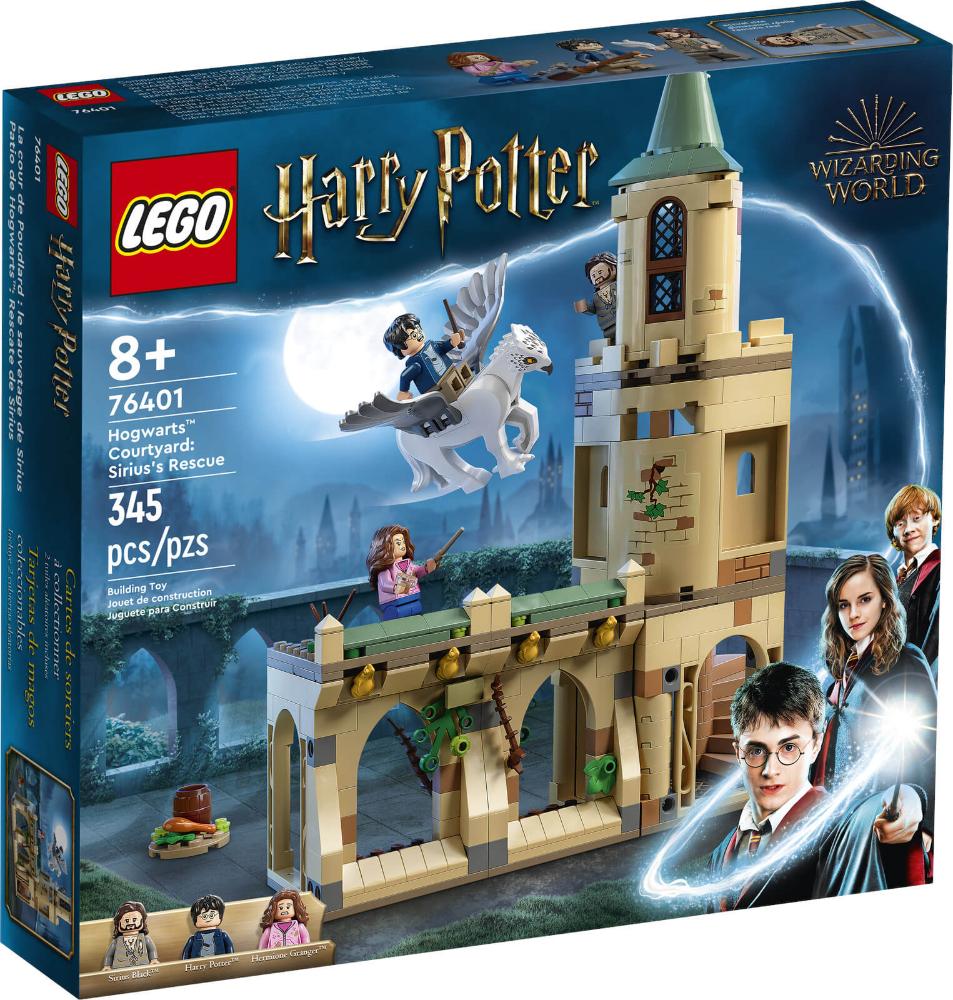 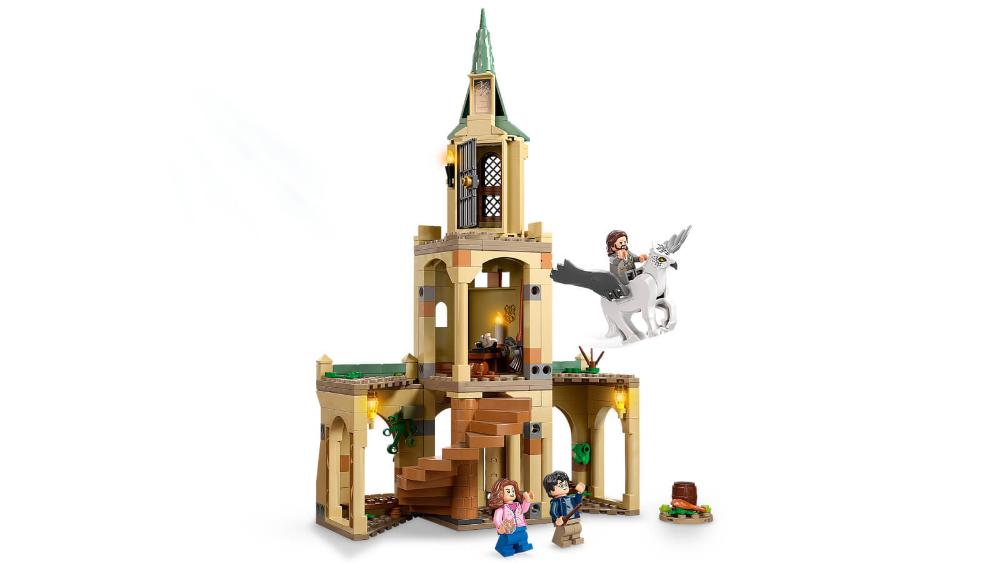 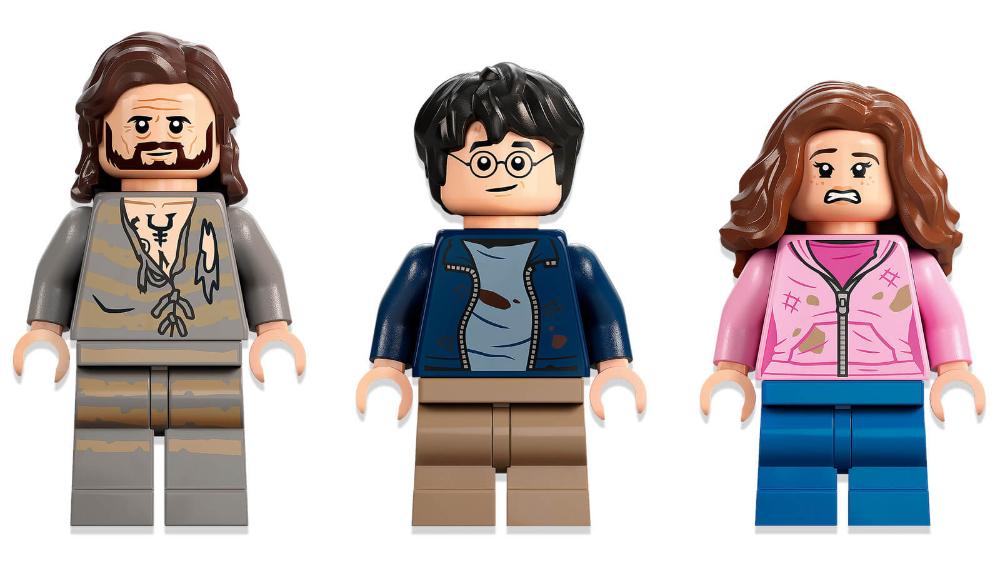 A daring escape and a wild flight aboard Buckbeak(TM) the Hippogriff are just the beginning of this thrilling Hogwarts(TM) adventure. Inspire witches, wizards and Muggles aged 8 and up to explore a magical world of imaginative play with LEGO® Harry Potter(TM) Hogwarts(TM) Courtyard: Sirius’s Rescue (76401).

Kids can recreate a classic scene from Harry Potter(TM) and the Prisoner of Azkaban(TM) and act out enchanting stories of their own.

With movable wings and room for a minifigure passenger.

Kids must free Sirius from captivity high in the tower.

Indulge a child’s passion for Harry Potter(TM) with this magical birthday, holiday or any-day treat.

This versatile playset is based on memorable scenes from Harry Potter and the Prisoner of Azkaban(TM). It features 3 iconic minifigures – Harry Potter, Hermione Granger(TM) and Sirius Black(TM) – and popular Buckbeak(TM) the Hippogriff. Buckbeak has movable wings and room on his back for a minifigure passenger. A prison cell high in the Hogwarts tower is the scene for a daring rescue, and Harry’s famous Firebolt racing broomstick is there to speed kids to their next magical adventure! The free LEGO Building Instructions app lets kids view, zoom and rotate the model as they build, providing an amazing sense of immersion and interaction during the construction process. This modular set connects with others in the series to create an entire Hogwarts Castle.