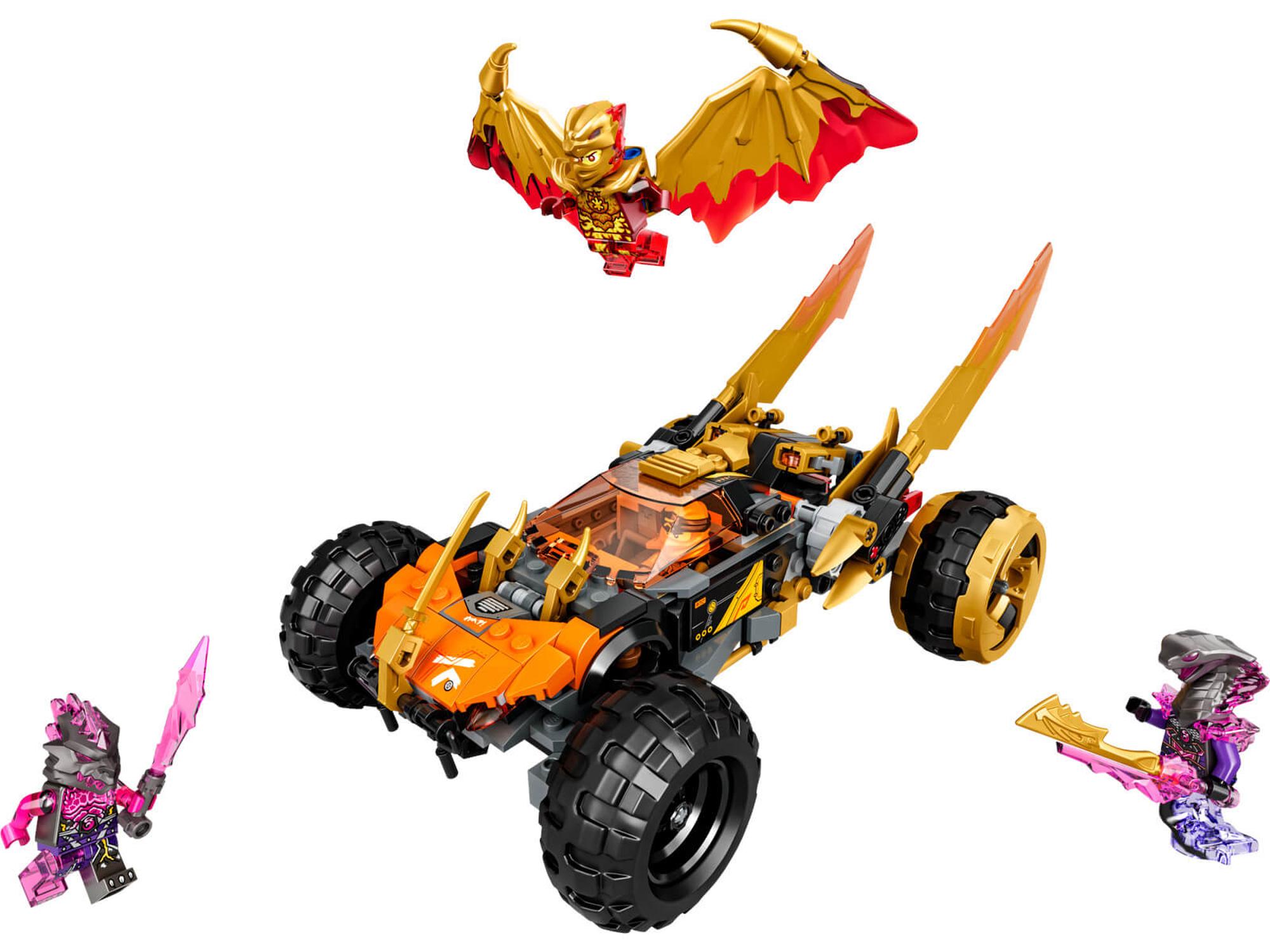 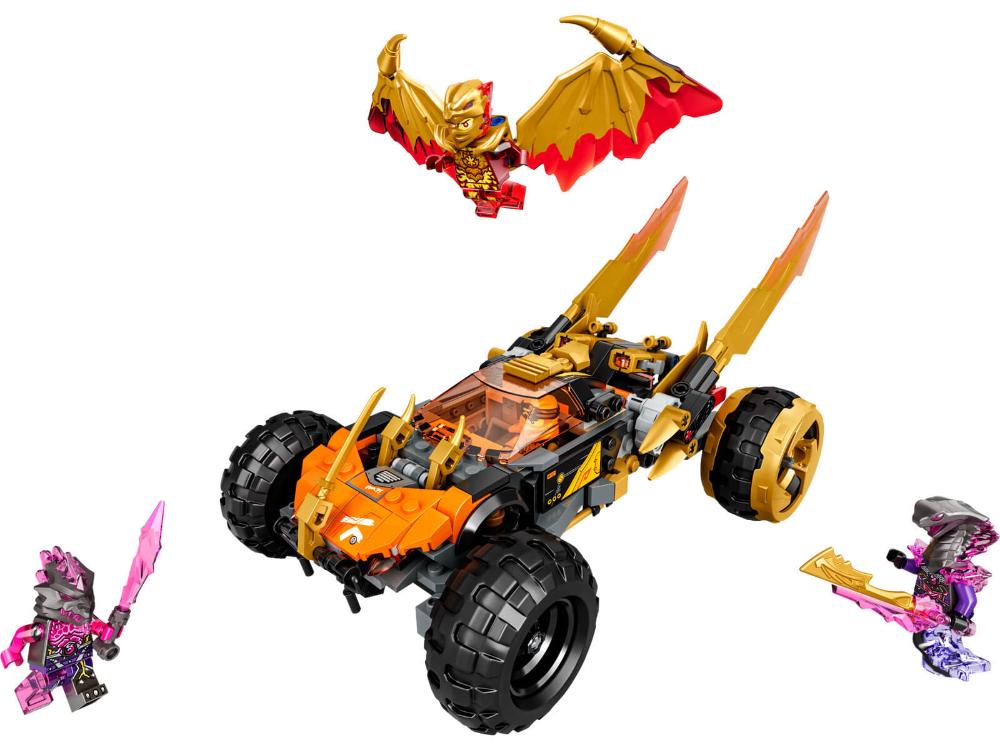 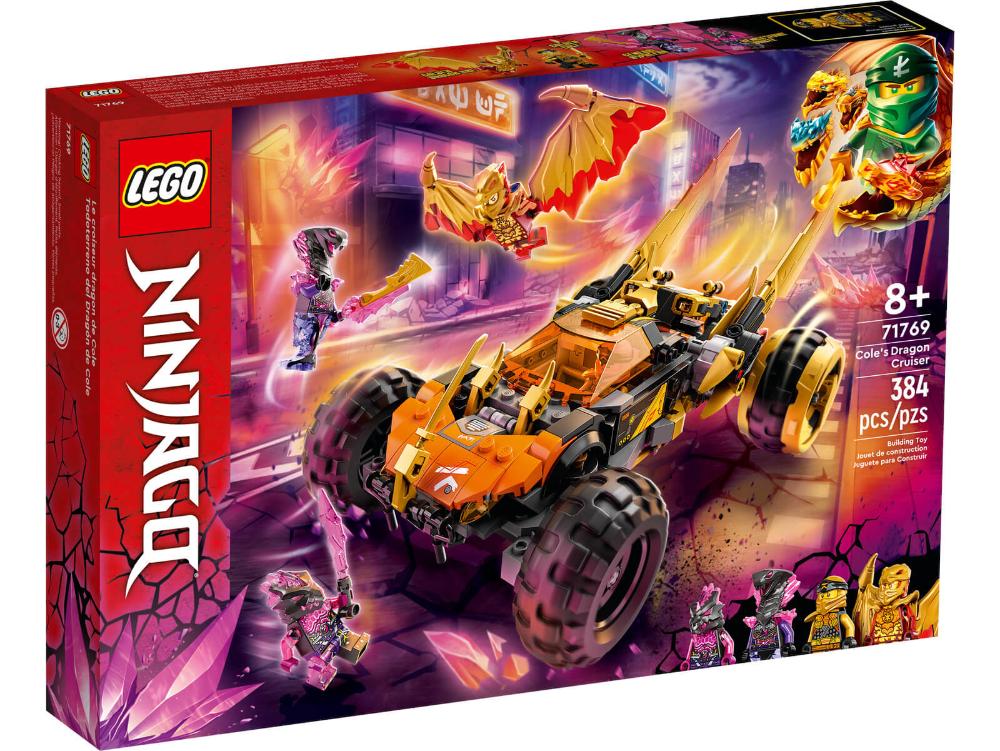 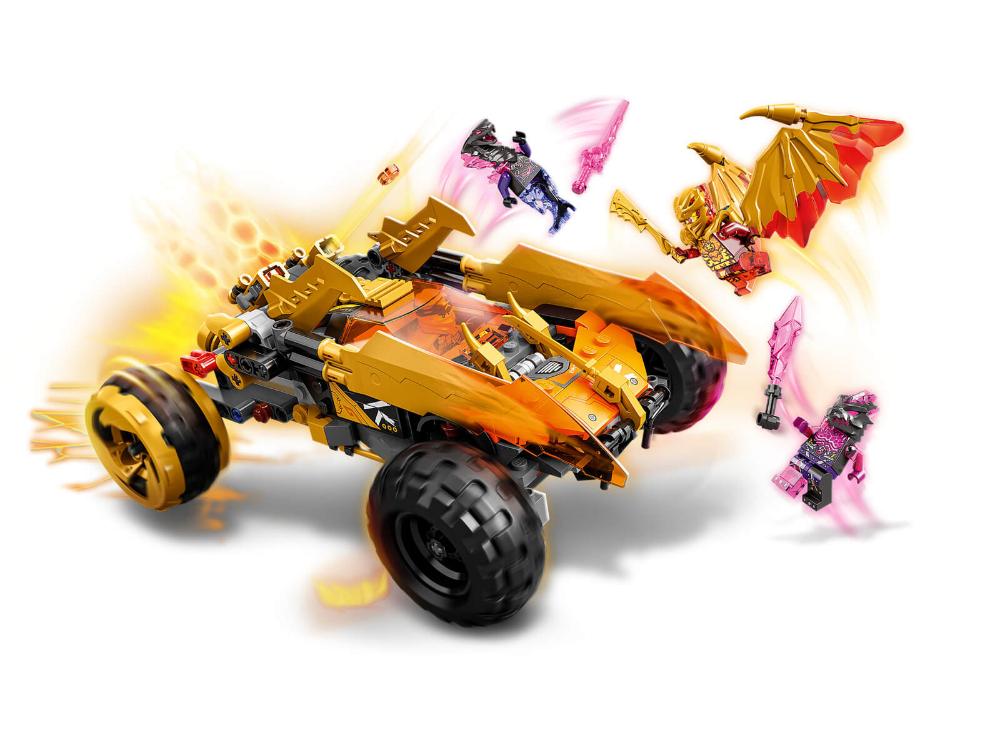 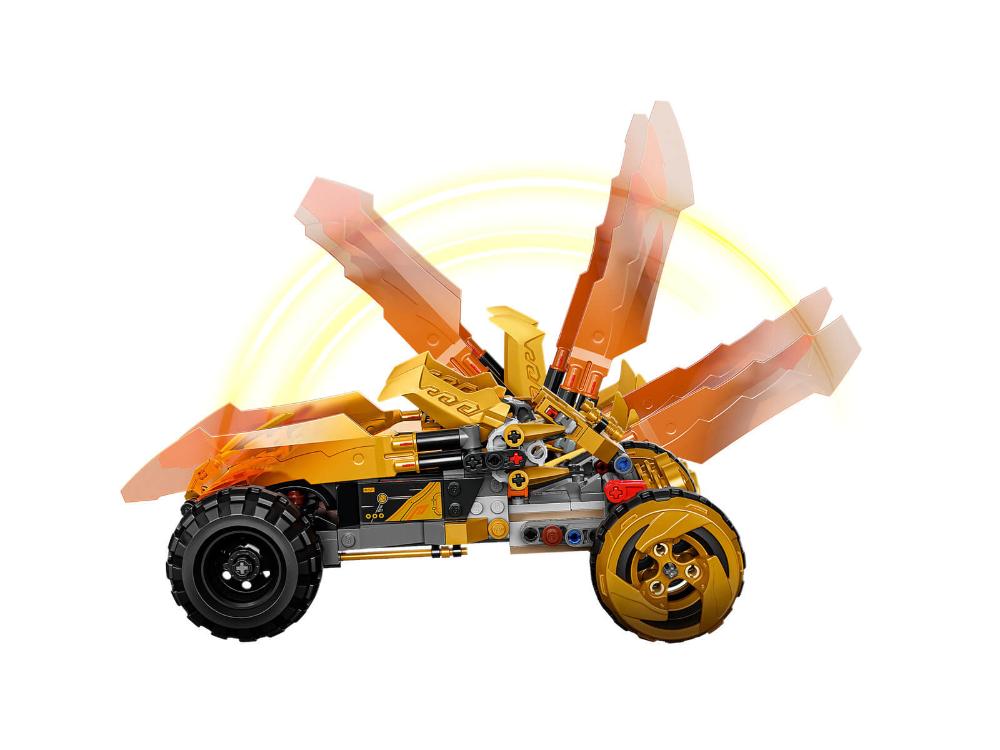 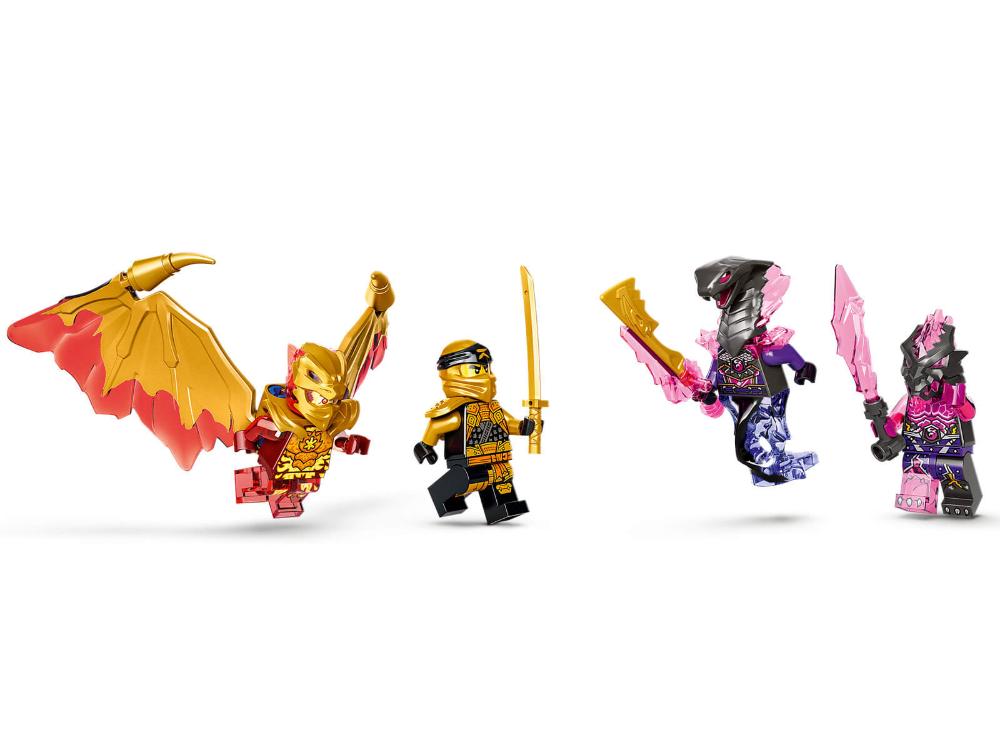 Cole’s Dragon Cruiser! A great set from the NINJAGO®: Crystallized TV series for kids who love to build and play with supercool ninja vehicles.

Ninja fans will be thrilled to recreate battles from the NINJAGO®: Crystallized TV series between the ninja and their enemies.

2 stud shooters on the cruiser can take down the villains.

The perfect playset to fuel kids’ passion for ninja action

This NINJAGO vehicle building set includes 4 minifigures: Golden Dragon Kai, with his elementalweapon and a pair of golden dragon wings adorned with spikes Golden Cole the serpentine General Aspheera, armed with a crystal weapon and Vengestone Brute with a sword.

NINJAGO toys transport kids into a thrilling world of fantasy action where they can team up with Cole, Kai, Nya and all the ninja crew to face down a cast of dangerous villains and play out adventures with an extensive collection of playsets including mechs, cars, dragons and temples.