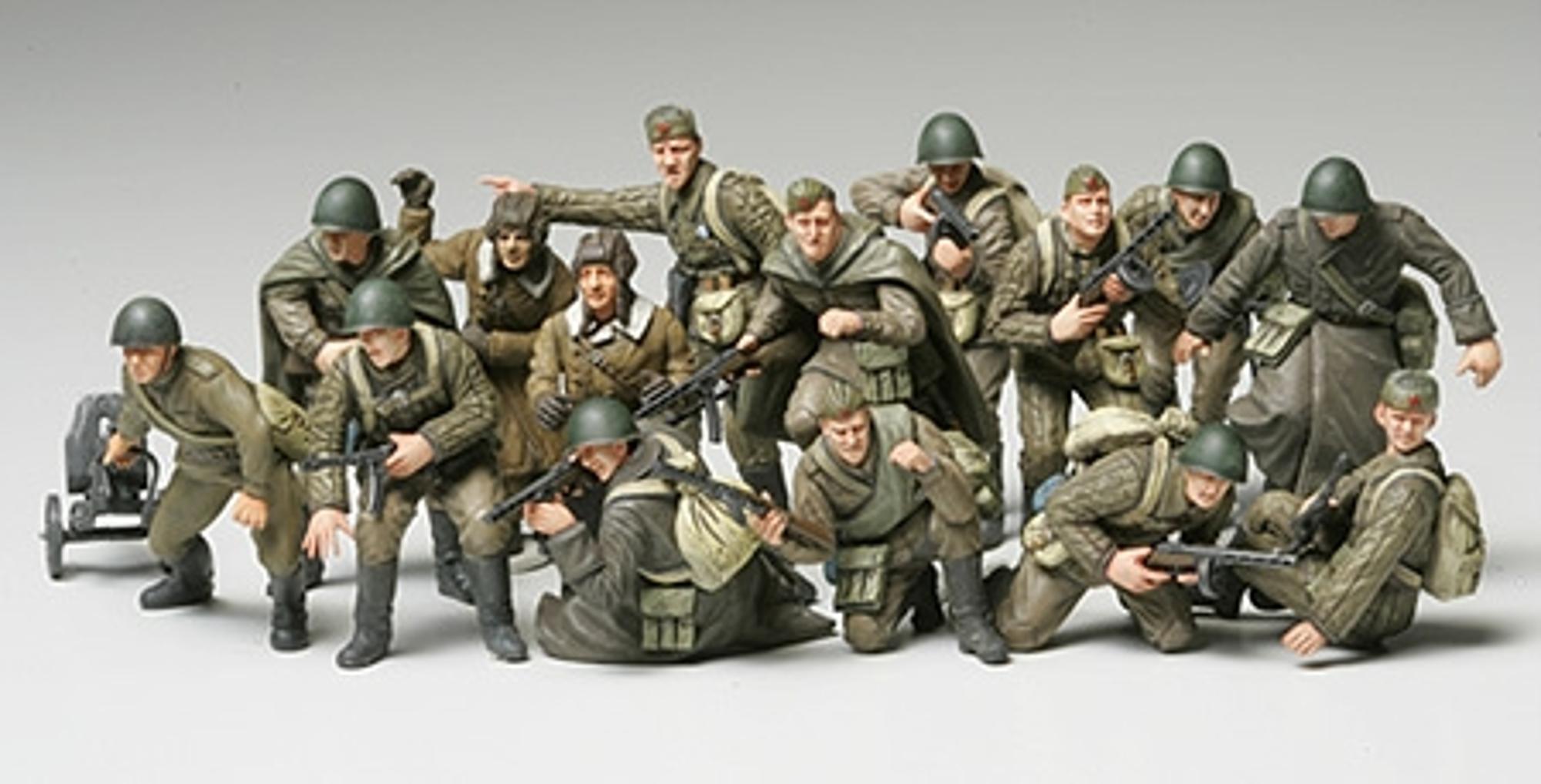 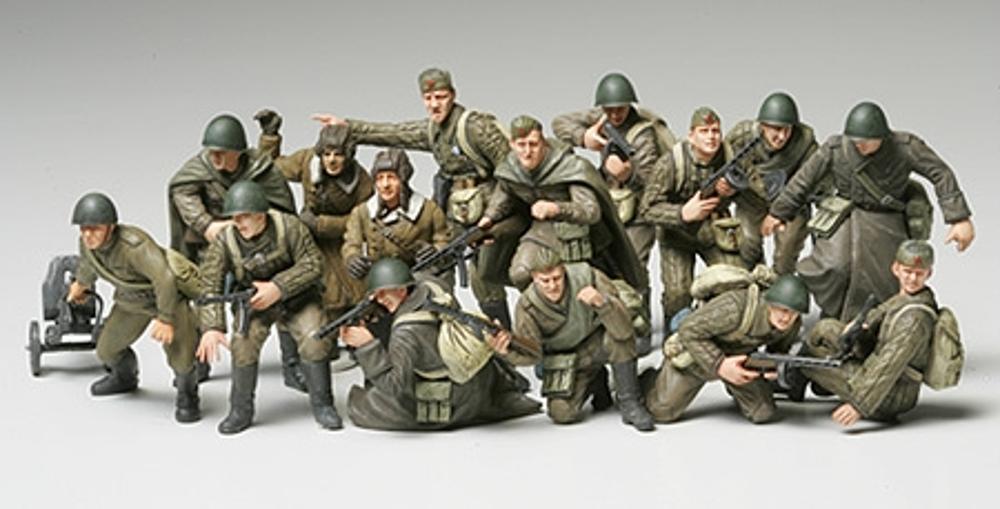 While sustaining huge losses at the onset of war, the Russian army was able to halt the German advance just short of Moscow thanks largely to the strength of their tank troops. Following concentrated artillery fire, tanks advanced in three waves with infantry riding on the tanks of the 2nd and 3rd waves. Since the Russian Ground Forces did not possess armored troop carriers like halftracks and universal carriers, so-called Motor Rifle Units were attached to every tank brigade to provide infantry support. Once encountering an enemys defensive position, tank riders would disembark, attack the position, and then remount to proceed with the offensive. These infantrymen spearheaded many attacks, and suffered heavy casualties from defending fire.