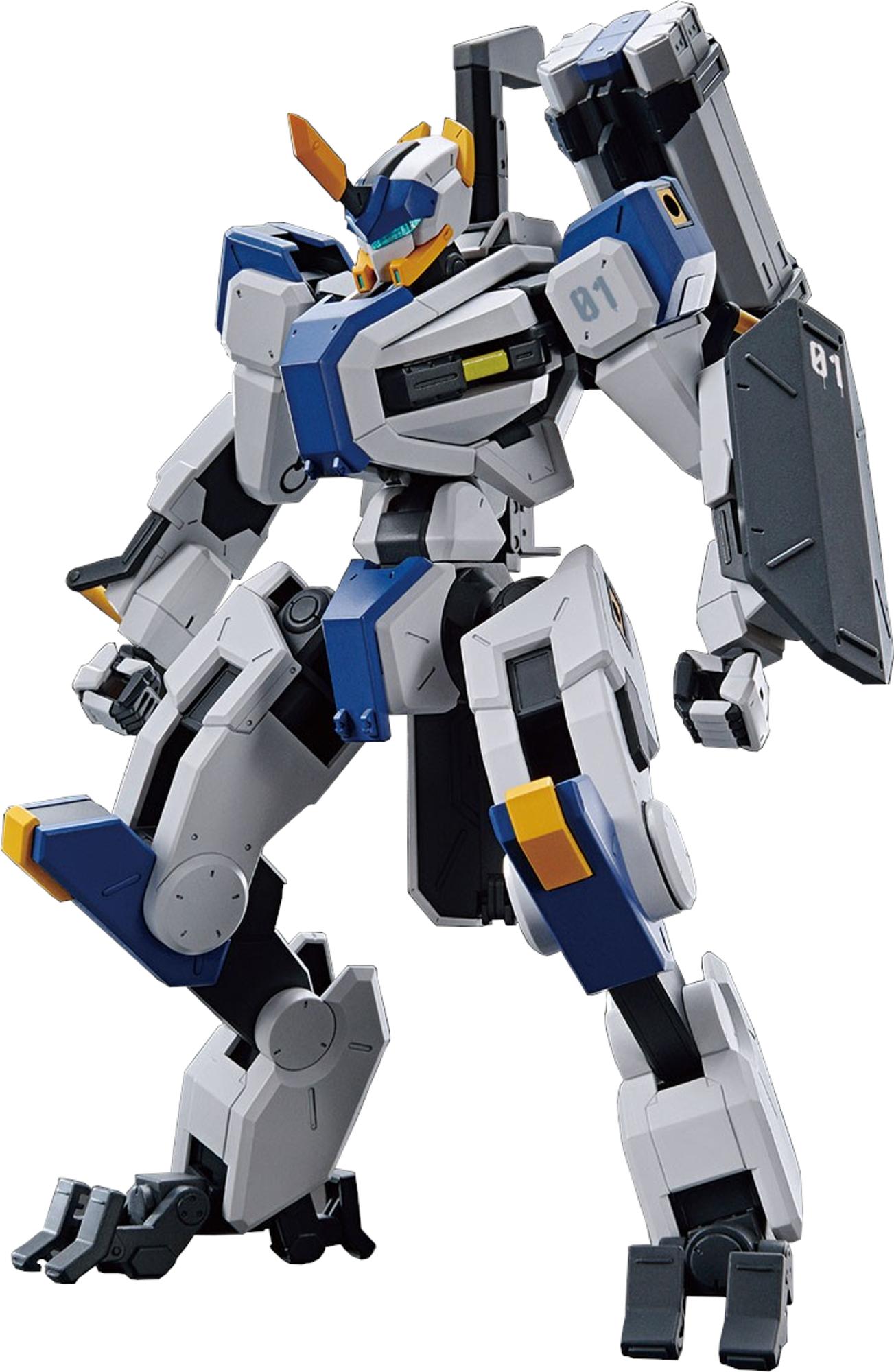 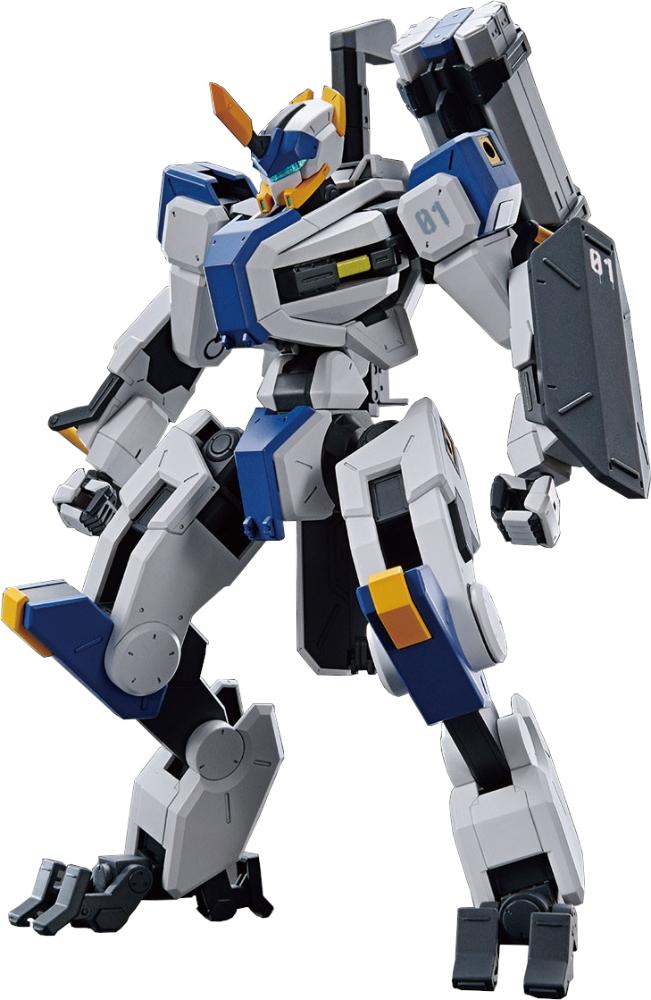 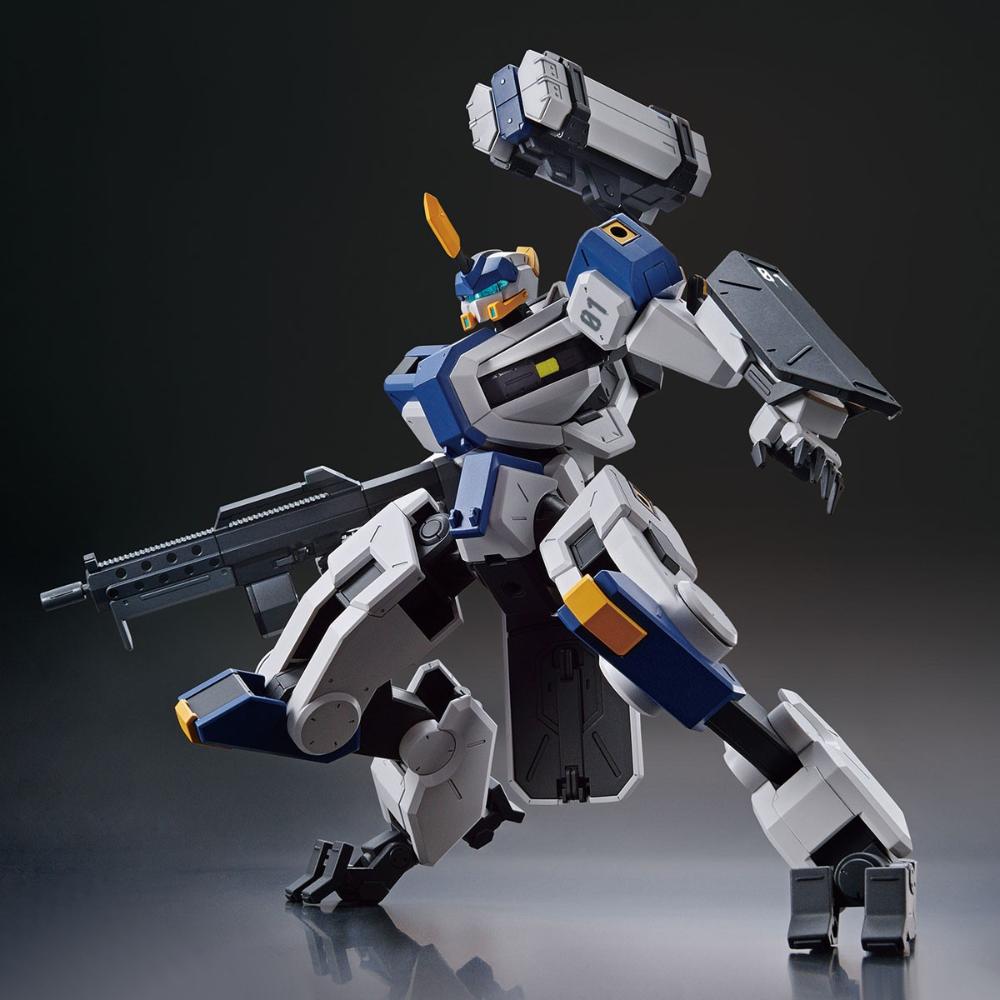 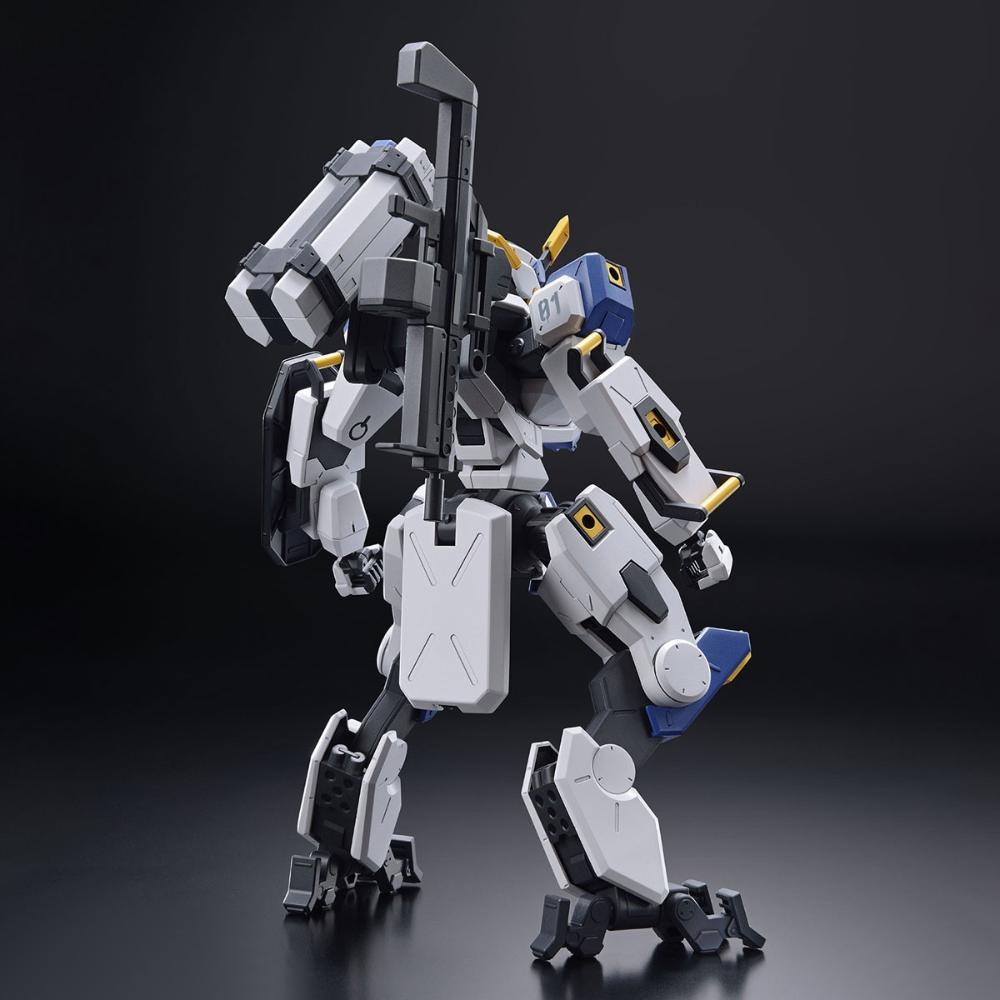 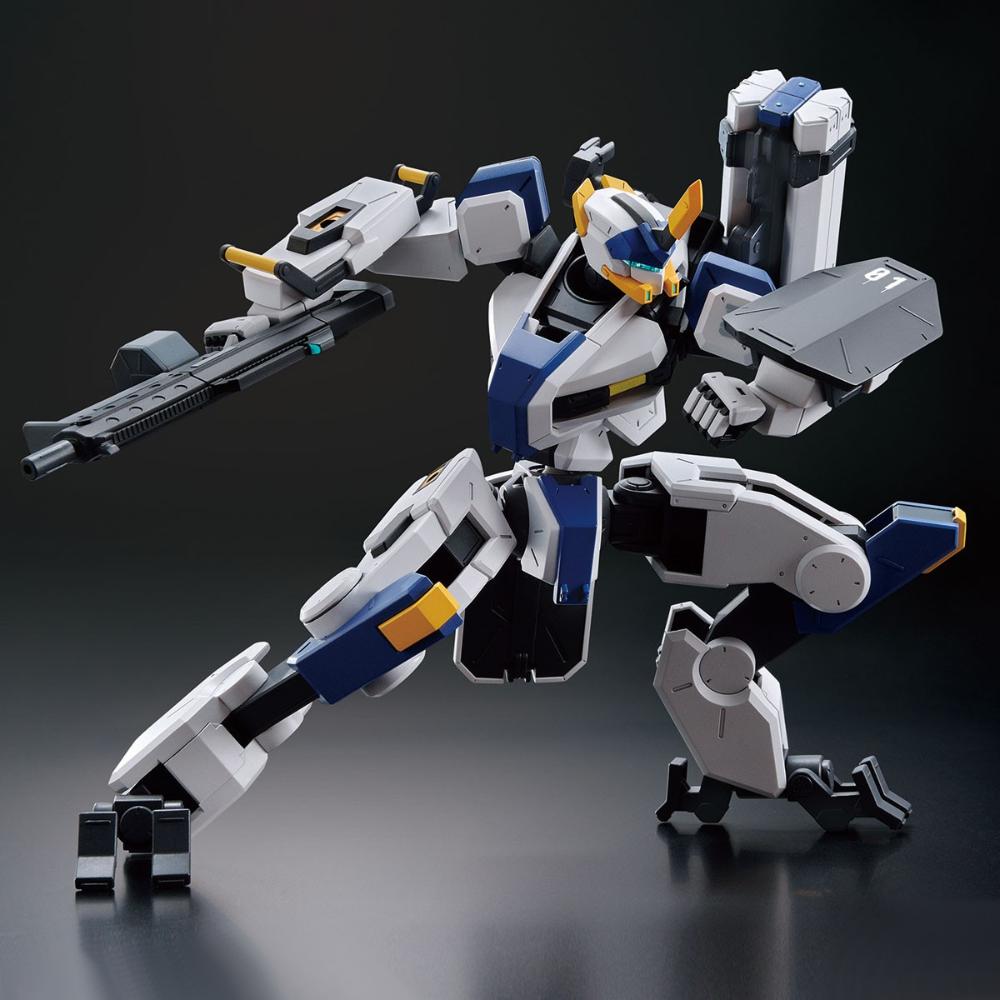 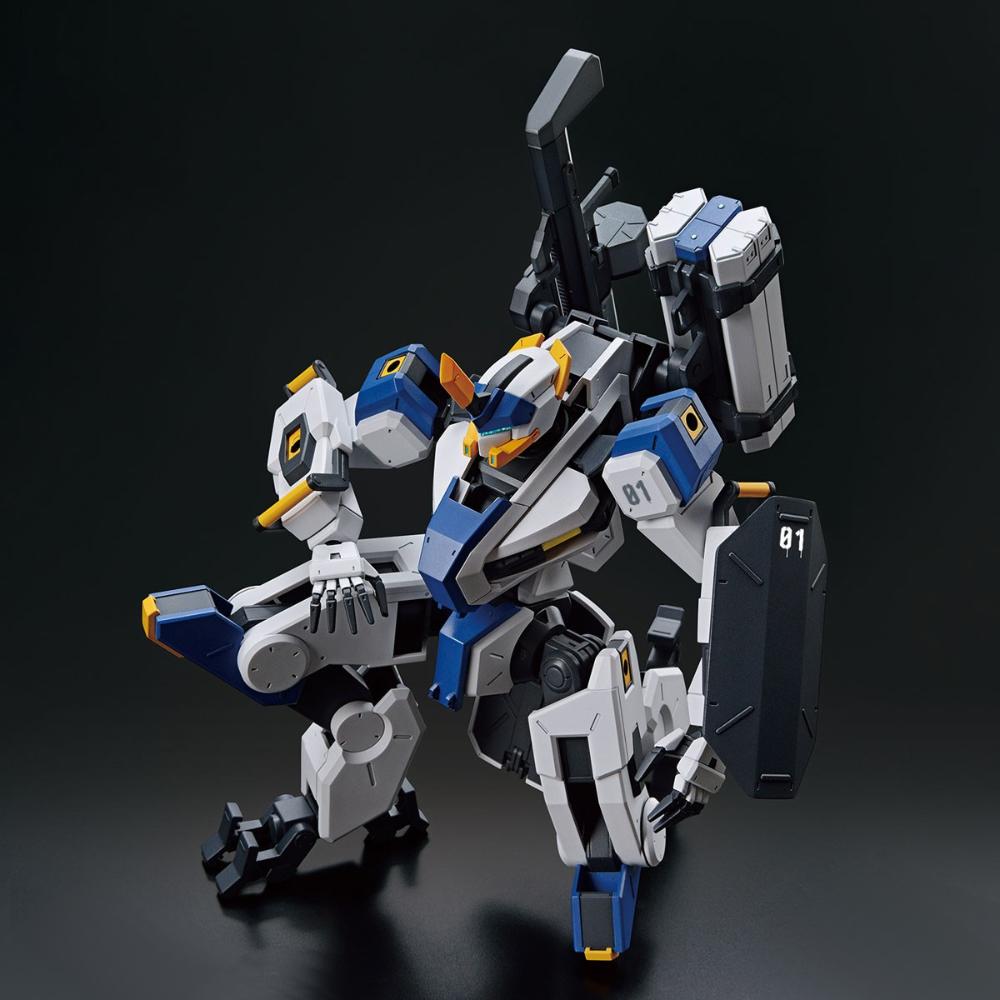 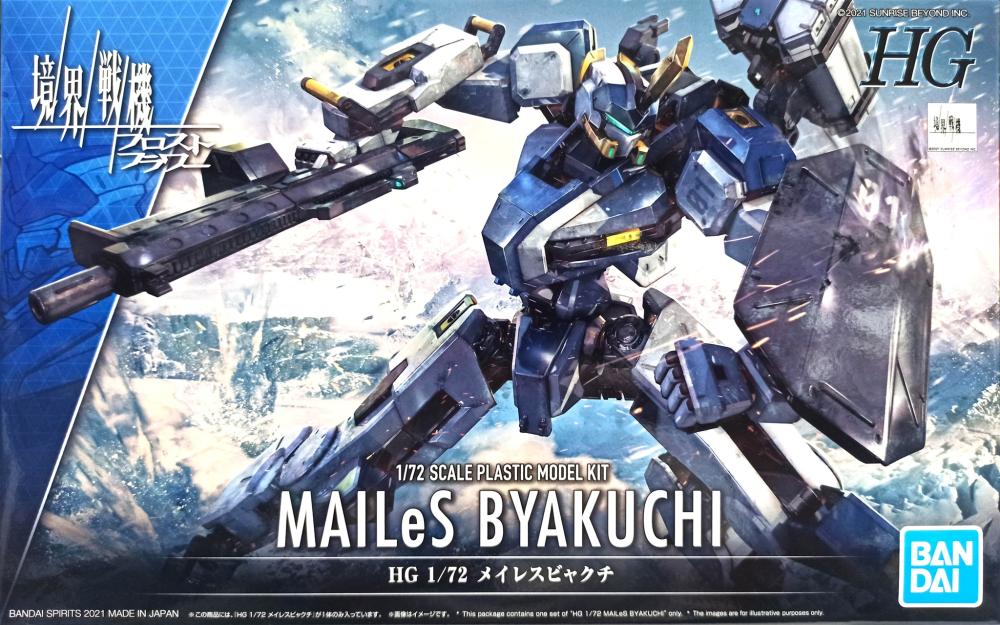 The MAILeS Byakuchi is Bandai’s first entry in their latest line of HG model kits from the Kyoukai Senki (AMAIM Warrior at the Borderline) animated series.

This new Sunrise Beyond series takes place in the not-so-distant future of 2061 and focuses on the foreign occupation of a collapsing Japan. The MAILeS Byakuchi is an experimental AMAIM constructed by the FGE but fell into the hands of Kiwa no Kyokkou, a resistance organization, after being stolen during transport. As of episode 7, the Kyoukai Senki 00 MAILeS Byakuchi has not made its way into the anime.

Here’s what Bandai included alongside the HG MAILeS Byakuchi for accessories:

The build for this HG MAILeS Byakuchi shares almost nothing in common with any HG Gundam model kit Bandai has produced in the last 20 years! This model uses no polycaps, providing a sturdy connection for its unique joint structure. Yuya Koyanagi designed the AMAIMS with a much more industrial and realistic appearance than other Mecha series. MAILeS Byakuchi’s arms and legs share almost nothing in common with the human body and provide a much different range of motion. This design change provides limitless posing options and gives the HG MAILeS Byakuchi a more dynamic appearance.

Weapons and Other Notable Attributes

The MAILeS Byakuchi’s backpack features two articulated sub arms for weapon storage. This attention to detail allows builders to deploy the Missile Rack over the unit’s shoulder and even pose the MAILeS Byakuchi as it reaches for its weapon! The MAILeS Byakuchi’s primary weapon is a 60mm Autocannon with a drum magazine to increase combat operation time. Here’s a fun note about the rifle: A 60mm round is nothing to slouch at, especially since Kyoukai Senki takes place just 40 years into the future. But when compared to the Gundam Universe, it’s a whole different story. The 60mm round is commonplace in the Gundam Universe, as it’s the standard size of Federation Vulcan Guns in the Universal Century. It is an almost unanimous belief that Vulcan Guns are ineffective at best in Mobile Suit combat, so it’s likely that if MAILeS Byakuchi were to face off against a Mobile Suit, it wouldn’t end well.