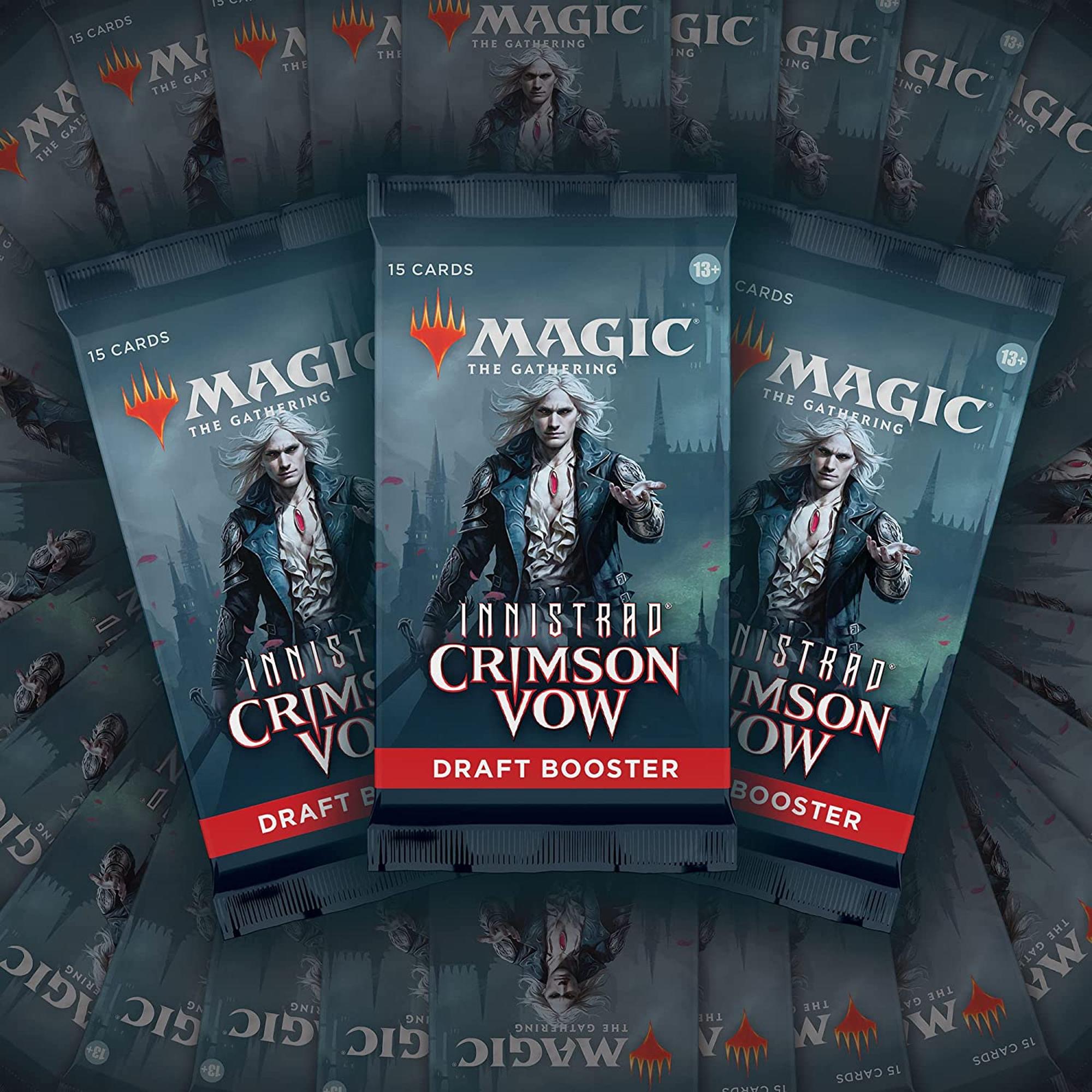 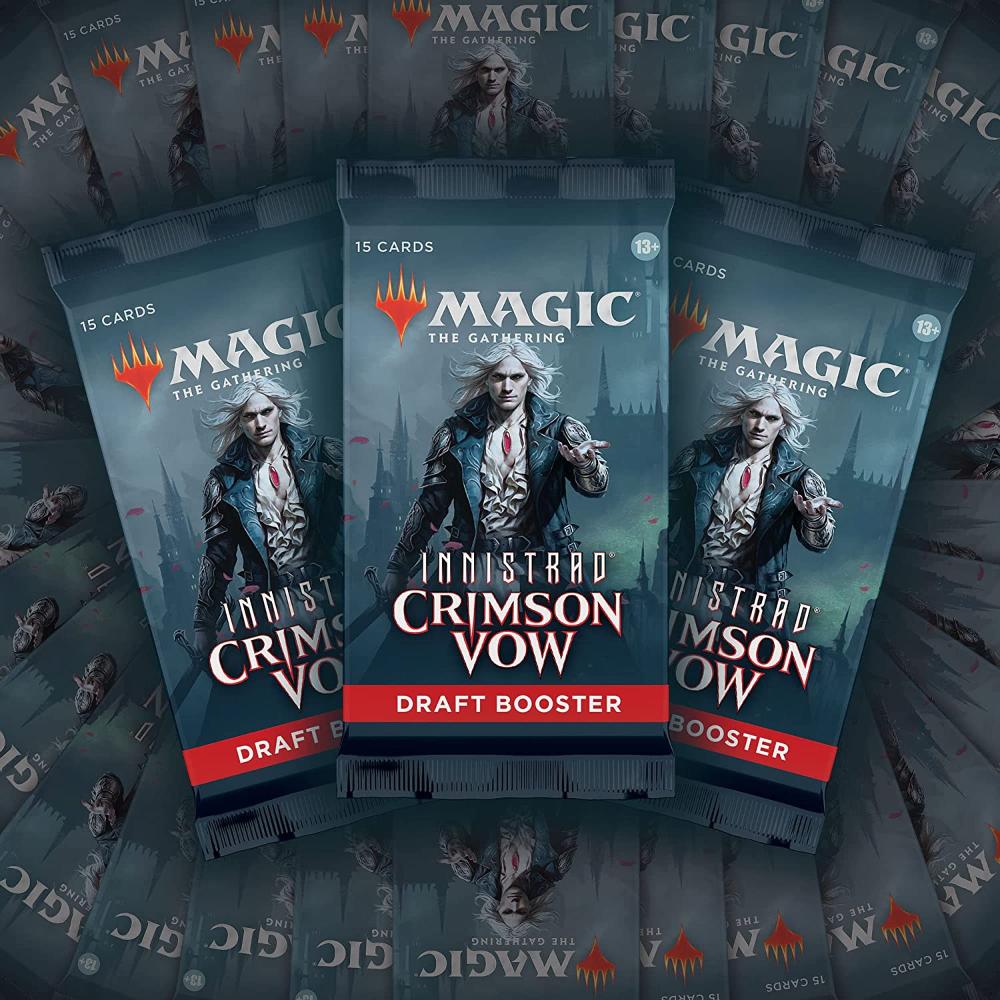 Toast to the Terrifying Bride!

“Our kin cheer this endless night like it’s some recompense, handed freely to every upstart with a ruffled shirt and a thirst. It is not &lsquoour turn.’ It’s mine.” - Olivia Voldaren

As an eternal night falls upon Innistrad, Olivia Voldaren prepares to marry and claim ultimate power over the vampire elite.

The decorations are ready, the vows have been written, and the humans cower in terror.

RSVP with your preferred entr&eacutee blood type, and let the wicked revelry begin!

A full guestlist of Innistrad’s vampire elite have arrived in their finest attire, and it’s going to be one wicked party.

Collect Vampire cards with opulent alternate art, showcase frames, and a mean bite. Each showcase Vampire card in Crimson Vow is bordered by a frame of ornate columns and sharp, fang-inspired corners.

Showcase Fang Frame cards can be found in some Crimson Vow Draft, Set, and Collector Boosters.

With black and white alternate-art inspired by classic horror films - showcase Eternal Night cards are back in Innistrad: Crimson Vow.

Eternal Night legendary cards can also be found in some Draft, Set, and Collector Boosters.

Fight off the creatures of the night with the legendary vampire hunter, Abraham Van Helsing. Or fill the skies with a brood of vampire tokens under the command of the prince of darkness himself.

A collection of cards from Innistrad: Crimson Vow have been reimagined with alternate-art inspired by the world and characters of Bram Stoker’s Dracula - including a Count Dracula planeswalker card!