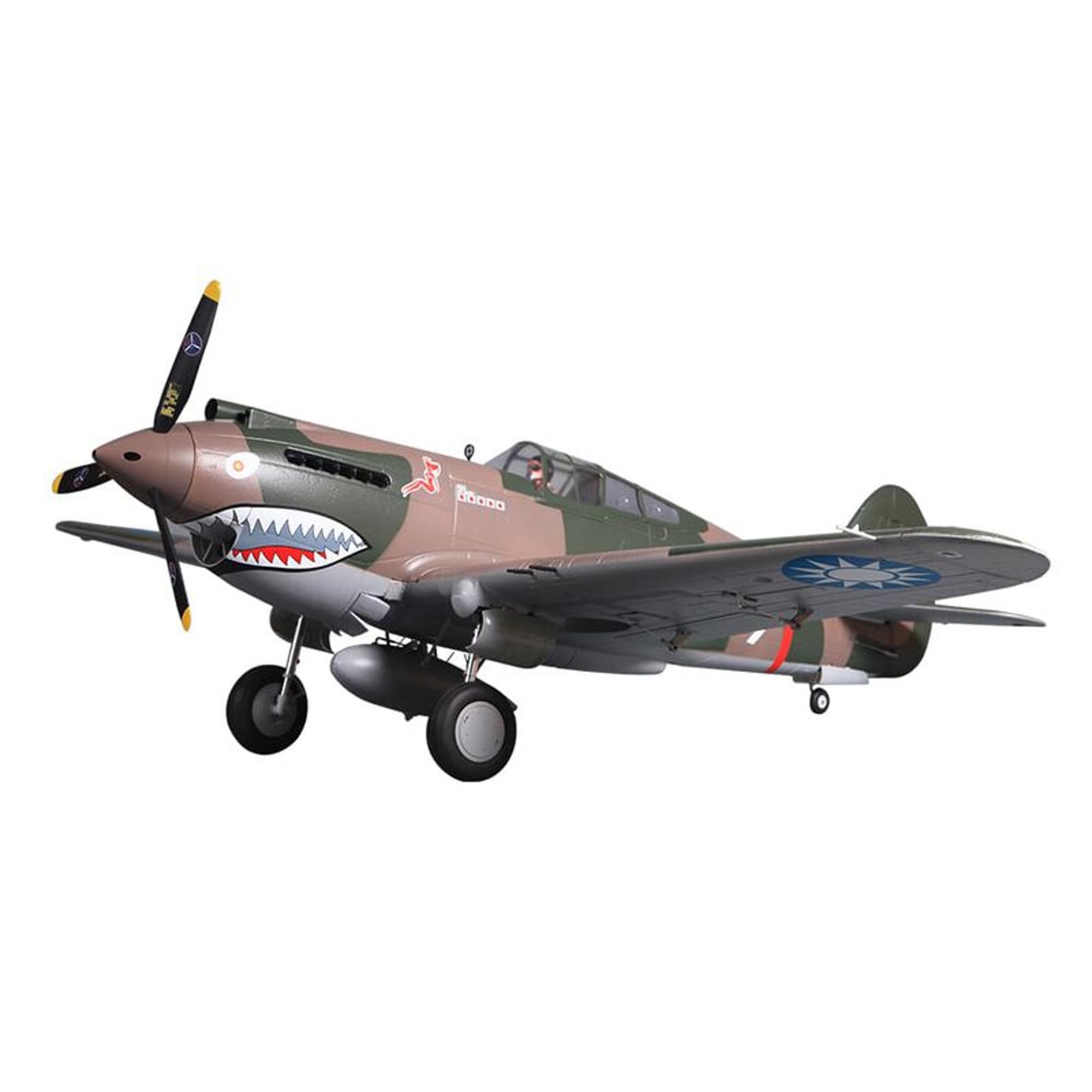 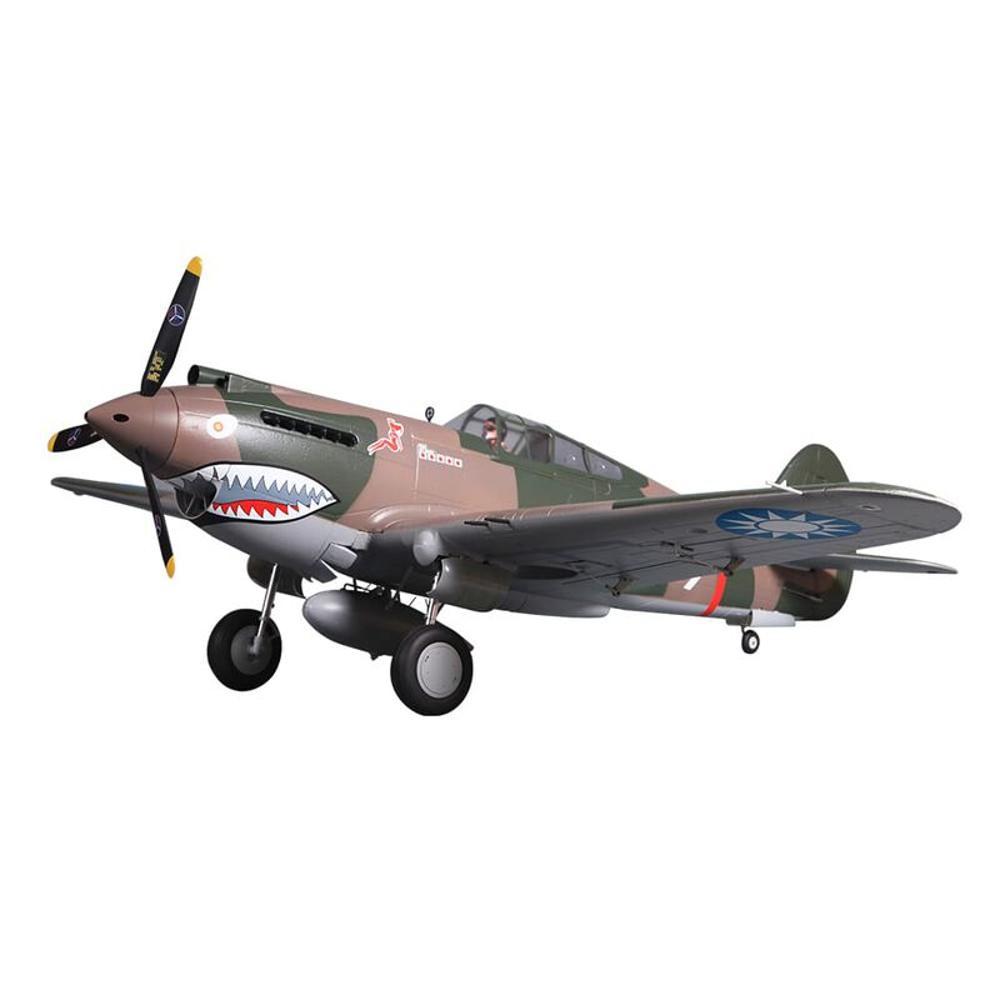 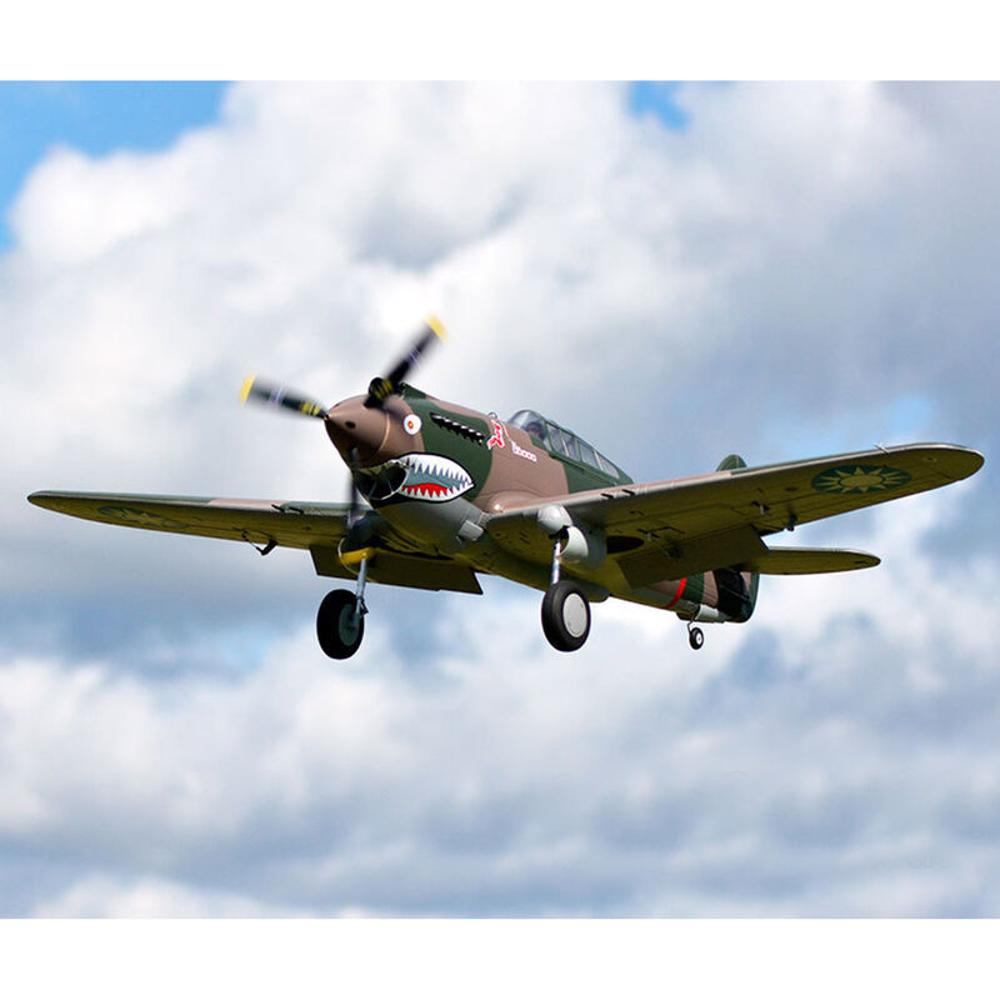 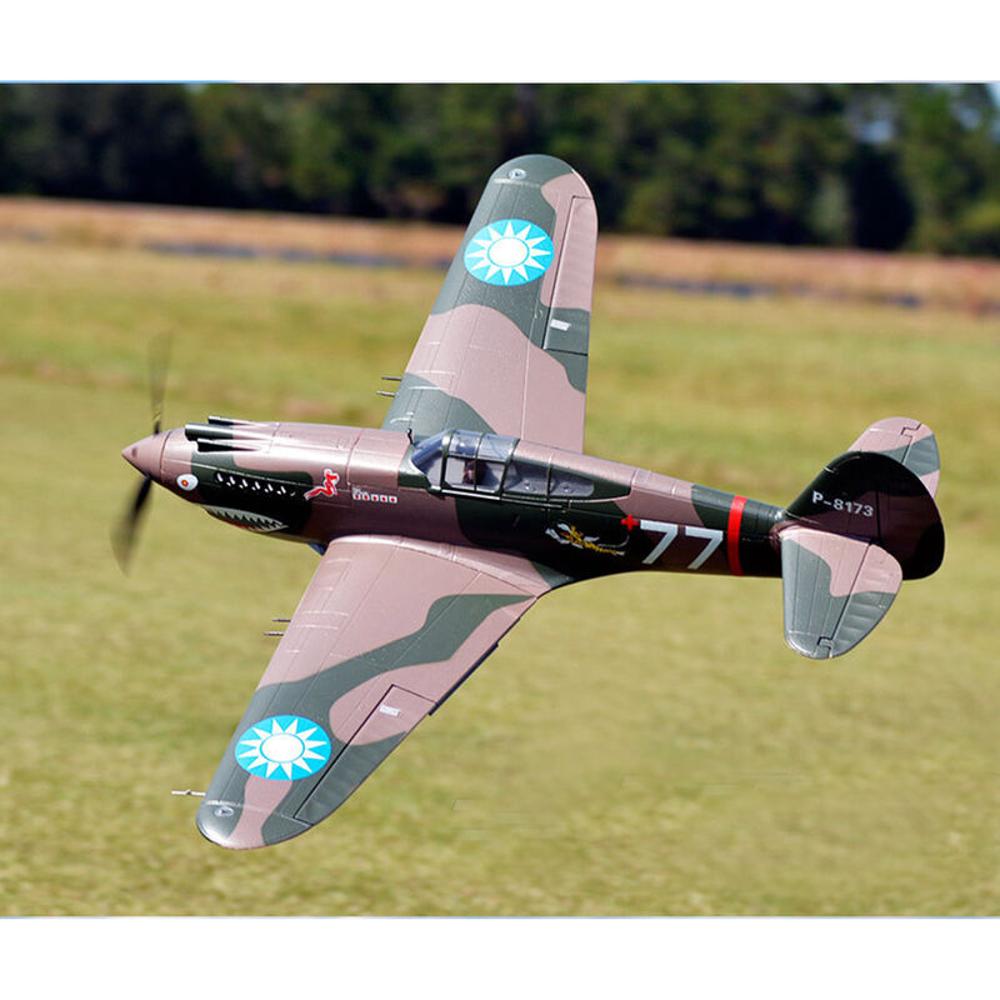 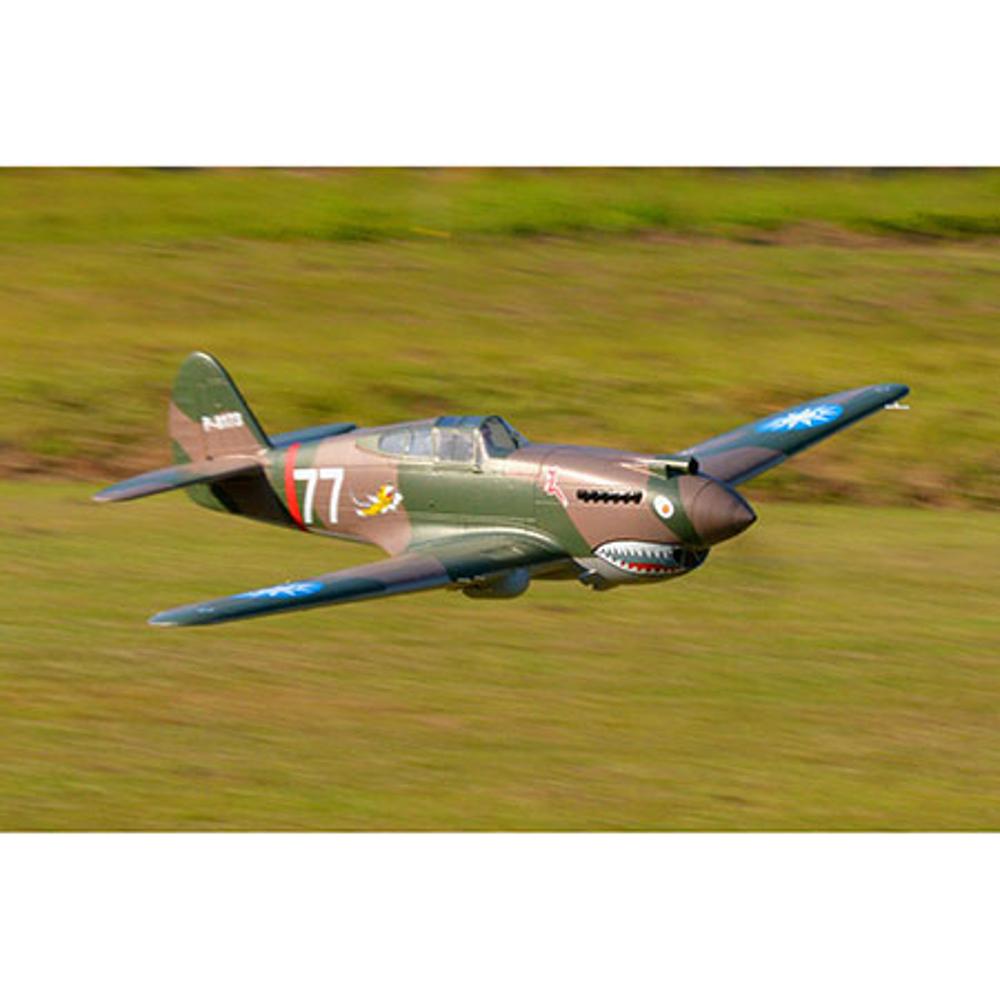 If you are a fan of military, you'll understand the glorious history of the Flying Tiger. The Flying Tiger played an important role and had a brilliant record in China during WWII. To pay homage to this classic warbird, FMS has revived it AGAIN after numerous further studies and tests.

In the real battleground, P-40s were not as devastating as P-51s. However, in the RC model world, the FMS P-40 shows extraordinary talents. The stable flying performance could rival any of the other warbirds. The new high-magnification foaming greatly lowers the flying weight. The scaled appearance allows it to be a static exhibit. The metal, shock-absorbing landing gear set could undertake severe impact and lead to a smooth landing. The separating flaps, the front and rear retract, the plastic decorative parts fully reappear on this classic warbird. Newly designed ball link control hardware replaces traditional clevises. The additional servo box makes it simpler to assemble and take apart. The 17g metal gear servo, 70A ESC, and 4258 motor ensure the superior quality of flight.

The Flying Tigers, known officially as the 1st American Volunteer Group (AVG), were a unit of the Chinese Air Force, recruited from U.S. aviators. From late 1941, the P-40B was used by the Flying Tigers. They were divided into three pursuit squadrons, the "Adam & Eves", the "Panda Bears" and the "Hell's Angels".

Compared to opposing Japanese fighters, the P-40B's strengths were that it was sturdy, well armed, faster in a dive, and possessed an excellent rate of roll. While the P-40s could not match the maneuverability of the Japanese Army air arm's Nakajima Ki-27s and Ki-43s, nor the much more famous Zero naval fighter in a slow speed turning dogfight, at higher speeds the P-40s were more than a match. AVG leader Claire Chennault trained his pilots to use the P-40's particular performance advantages. The P-40 had a higher dive speed than any Japanese fighter aircraft of the early war years, for example, and could be used to exploit so-called "boom-and-zoom" tactics. The AVG was highly successful, and its feats were widely published by an active cadre of international journalists to boost sagging public morale at home. According to their official records, in just 6 1/2 months, the Flying Tigers destroyed 115 enemy aircraft for the loss of just four of their own in air-to-air combat.

What's in the box?