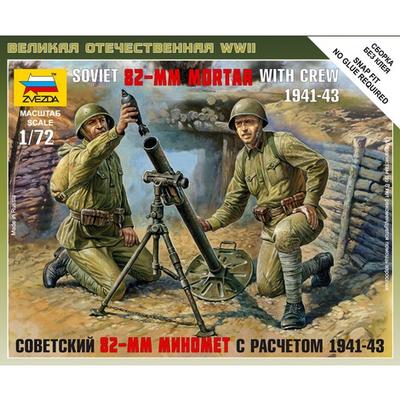 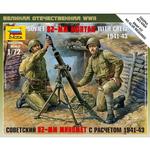 Includes unit flags and unit cards for use with the Art of Tactic WWII game.

During World War II, the Soviet army depended on two similar designs for infantry support mortars: the 82-BM-37, originally issued in 1937, and the lighter and more maneuverable 82-BM-41. This later model was easier to transport and had similar range and capability to the older unit, but was harder to stabilize when firing which cost accuracy. These shortcomings would later be corrected in the 1943 model mortar.

These mortars used a typical mortar round fitted with a High Explosive (HE) charge. It was primarily intended to use against foes that had dug in or which occupied fortified positions. It could also fire smoke or illumination rounds if needed.