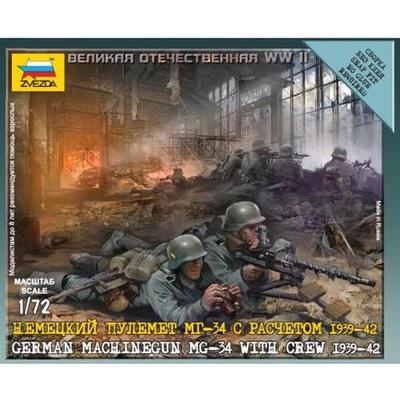 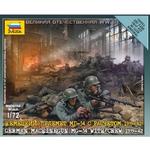 Includes unit flags and unit cards for use with the Art of Tactic WWII game.

The versatile and portable air-cooled Maschinengewehr 34 (or MG 34) was probably the most advanced machinegun in the world at the dawn of World War II. Designed in 1929 and put into production in 1934 (which gave the weapon its name), the MG 34 was issued in large numbers to the German army after the Treaty of Versailles was overturned in Germany.

The MG 34 fires a 7.92 x 57mm cartridge, with a rate of fire up to 900 rounds per minute and an effective range of nearly 2 km. It was, in many ways, the worlds first general purpose machinegun. It could be supplied with either belt-fed ammunition, for extended firing, or a 50 or 75 round drum magazine for increased portability.

The weapon was difficult to manufacture in quantity, and was eventually replaced by the newer mass-produced MG 42 starting in 1942.