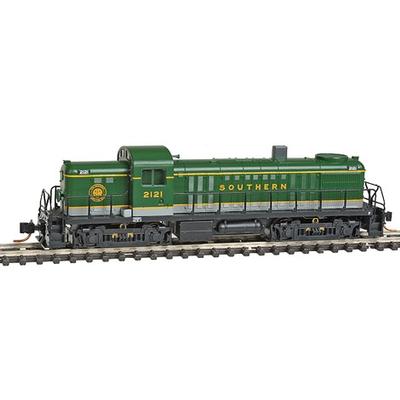 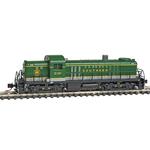 The RS-2 was Alco's first roadswitcher to incorporate its new 244-Series prime mover. The 1,500-horsepower units were designed for versatility - they were equally at home working road freights or switch runs. If equipped with a steam generator, they were adept at working commuter and secondary passenger runs. Production began in 1946 with just over 350 units constructed for U.S. and Canadian roads before the unit was succeeded by the 1,600-horsepower RS-3 in 1950 (although a few late RS-2s were rated at 1,600 horsepower).

RS-2s have worked for Class I, shortline and industrial lines across the continent. The engines have been long lived, with one survivor still holding down daily freight duties as of&nbsp2007. A few others still see service at museum and tourist lines.