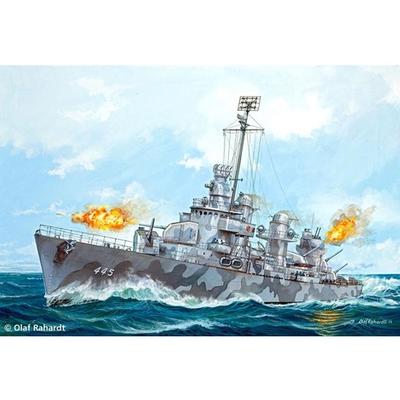 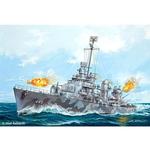 With the construction of new battleships and aircraft carriers also came the requirement for more modern destroyers with a capability to achieve 38 knots. Building contracts for 100 ships of the future Fletcher Class had been awarded by the end of 1940. After entering the war in December 1941 the US Navy awarded a further 75 contracts. The U.S.S. Fletcher (DD-445) after which the class was named was launched on 3 May 1942. During the Second World War the Fletcher Class proved to be the most successful destroyers in the US Navy thanks to their powerful propulsion systems and extensive radar equipment.

MARKING OPTIONS: One decal sheet with markings for 2 versions:

COMMENTS: Due to small parts that could cause a choking hazard please keep away from children 3 years of age and younger