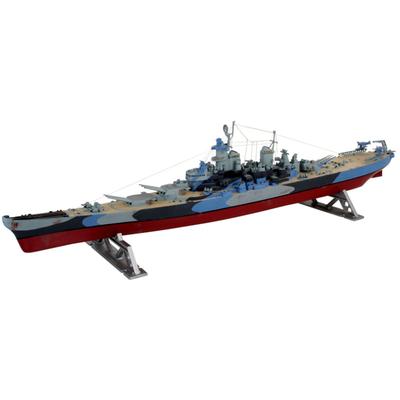 The USS Missouri (called Mighty Mo), one of the largest and most powerful battleships in the US Navy, became famous through the signing of the Japanese surrender.

The Missouri was the last of a total of four Iowa-class warships with an ideal combination of firepower and speed, and was completed in June 1944.

The Missouris active war operations ranged from the Iwo-Jima landing in February 1945 to the end of fighting in September 1945 and during the Korean War. On September 2, 1945, the Japanese surrender was signed on board the Missouri.