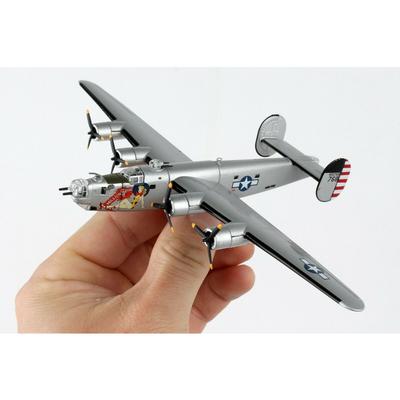 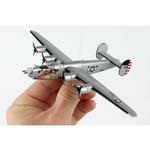 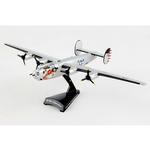 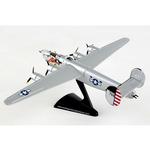 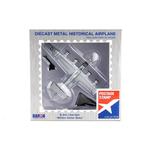 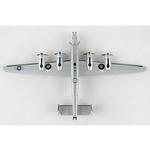 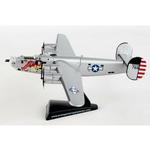 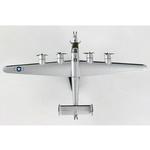 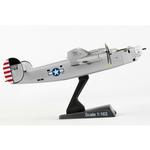 The Consolidated B-24 Liberator was long-range bomber and reconnaissance aircraft used extensively during World War II by every branch of the US Armed Forces and other US allies.

Because of its range and speed, the B-24 was often used on anti-submarine patrols.

Compared with the B-17 Flying Fortress, the B-24 has a higher top speed, longer range, and the ability to deliver a heavier payload. Due to its great success on all fronts during World War II, the B-24 was the most produced American military aircraft in history.

This aircraft was assigned to the 403rd Bombardment Squadron operating in the Pacific Theater. Million Dollar Babys name referred to the fact that during the war, the U.S. Government paid $1 million dollars for their bombers.

This Die-cast metal airplane model comes in 1:163 scale with plastic stand and is approximately 5 1/8 inches long with 8 1/4 inch wingspan.