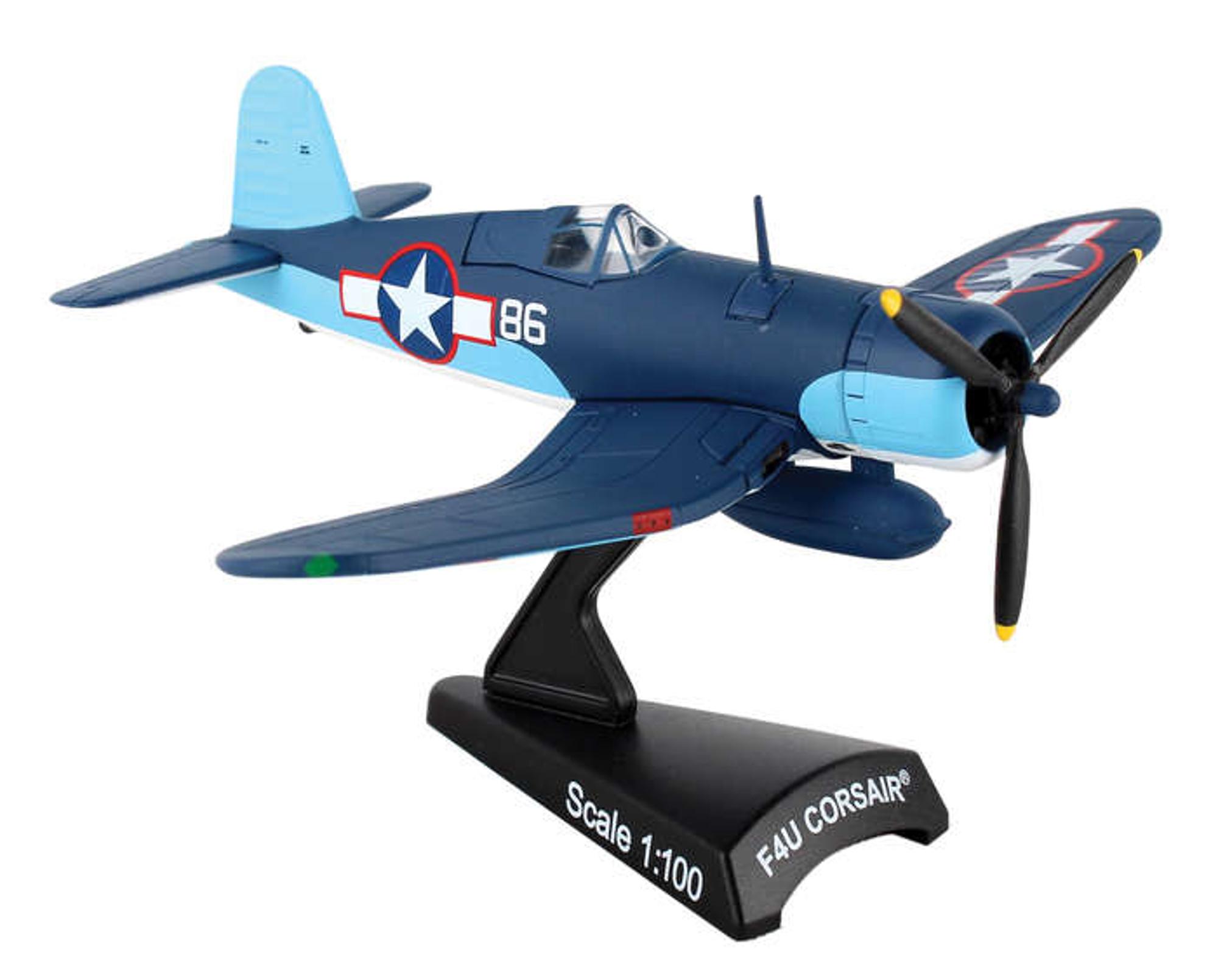 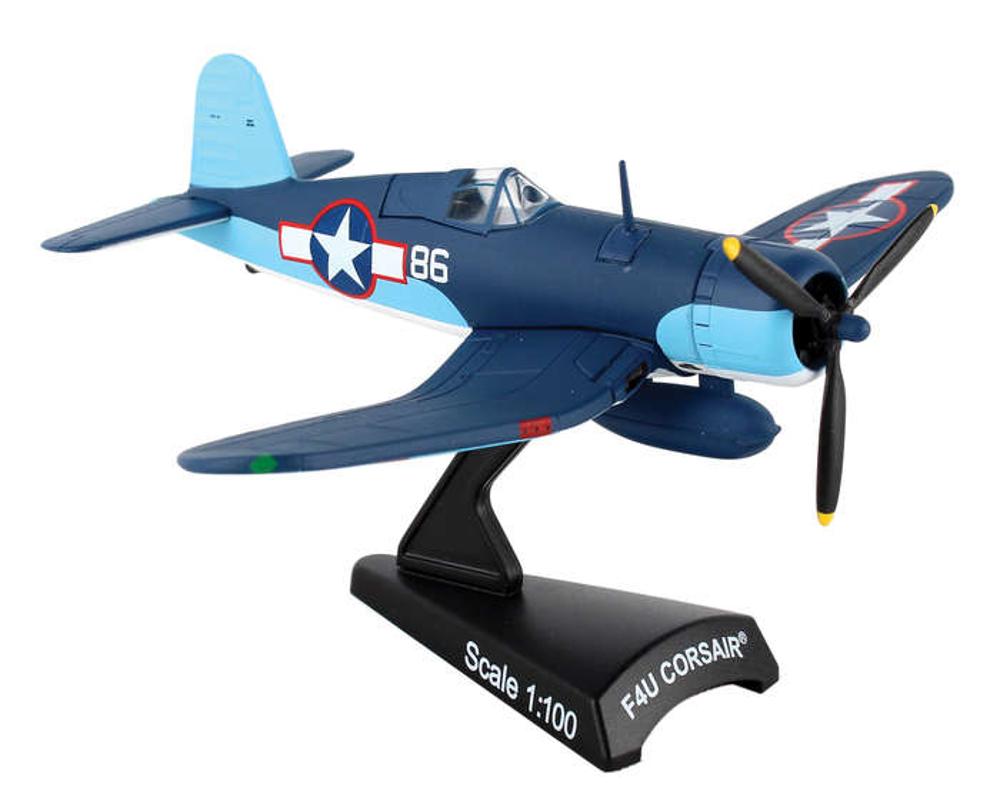 The F4U Corsair was a naval fighter aircraft used by the United States Navy and Marine Corps during World War II and the Korean War.

Its excellent capabilities and performance made it very successful for the USMC. The F4U had a long production life span and was last produced in 1952. It had a max speed of 417 mph and carried six .50 caliber machine guns or four 20mm cannons, as well as a pair of 2000 lb. bombs and air rockets.

F4U aircraft #86 was piloted by Maj. Gregory "Pappy" Boyington, Commanding Officer of the VMF-214 "Black Sheep" Squadron who fought their way to fame in the Pacific Theatre of World War II. Flying out of their home airfield out of Vella Lavella, the "Black Sheep" piled up a record 203 planes destroyed or damaged, troop transports and supply ships sunk, and ground installations destroyed in their first 84 days. Boyington himself claims a record 28 total kills. He was shot down on January 3, 1944 and was a prisoner of war for 20 months until the Japanese surrender. He was awarded both the Medal of Honor and Navy Cross on October, 1945. The mid-1970s television show "Baa Baa Black Sheep" was very loosely based on his memoirs.

This Die-cast metal airplane model comes in 1:100 scale with plastic stand and model is approximately 4 inches long with 4 3/4 inch wingspan.