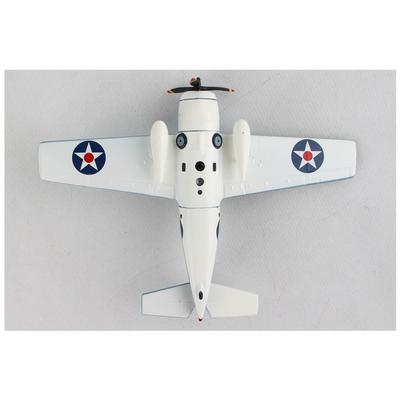 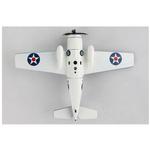 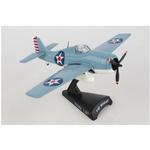 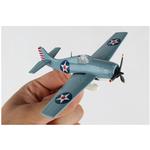 The Grumman F4F Wildcat is a carrier-based aircraft that was the primary fighter used by the United States Navy and Marine Corps in the Pacific Theater during the early part of World War II.

With a top speed of 318 mph (F4F-4 variant), the Wildcat was generally outperformed by the faster, more maneuverable, and longer-ranged Japanese A6M Zero, but the Wildcat held its own with excellent survivability due to its rugged construction and robust armor.

The F4F-4 entered service in 1941 with 6 machine-guns and the folding-wing system that enabled more planes to be stored in an aircraft carrier. It was the definitive Wildcat that saw the most combat service, including the Battle of Midway. The model is approximately 4 inches in length and has a 5 inch wingspan.