Armies of the Italian-Turkish War 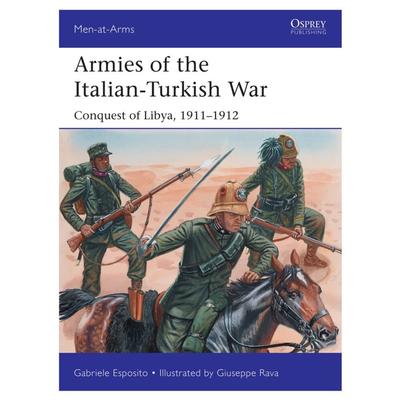 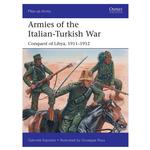 In the early 1900s, the decaying Ottoman Turkish Empire had lost some of its Balkan territories, but still nominally ruled all of North Africa between British Egypt in the east and French Algeria in the west.

Libya had fertile coastal territory, and was the last North African (almost, the last African) region not yet conquered by a European colonialist power. Italy was a young country, ambitious for colonies, but had been defeated in Ethiopia in the 1890s. The Italian government of Giovanni Giolitti was keen to overwrite the memory of that failure, and to gain a strategic grip over the central Mediterranean by seizing Libya, just across the narrows from Sicily.

The Italian expeditionary force that landed in October 1911 easily defeated the Ottoman division based in the coastal cities, incurring few losses. However, the Libyan inland tribes reacted furiously to the Italian conquest, and their insurgency cost the Italians thousands of casualties, locking them into the coastal enclaves during a winter stalemate which diminished Italian public enthusiasm for the war. To retrieve Italian prestige the government launched a naval campaign in the Dardanelles and the Dodecanese - the last Turkish held archipelago in the Aegean - in April-May 1912, and landed troops to capture Rhodes. The army finally pushed inland in Libya in July- October (using systematic air reconnaissance, for the first time), and after brutal fighting the war ended in a treaty that brought Italy all it wanted, although though the Libyan tribes would not finally be quelled until after World War I.

Containing accurate full-colour artwork and unrivalled detail, Armies of the Italian-Turkish War offers a vivid insight into the troops involved in this pivotal campaign, including the tribal insurgents and the navies of both sides.

Gabriele Esposito is a university professor of modern history and a freelance researcher and author of military history, specializing in uniformology. His interests range from ancient civilizations to modern post-colonial conflicts, and recently he has concentrated on 19th-century Italian, Spanish and Latin American wars. His books and essays have been published by Osprey, Pen & Sword, Winged Hussar and Libreria Editrice Goriziana, and he has also contributed articles to specialist journals such as Ancient Warfare Magazine, Medieval Warfare Magazine, History of War, Guerres et Histoire, and Focus Storia.

Giuseppe Rava was born in Faenza in 1963 and took an interest in all things military from an early age. Entirely self-taught, Giuseppe has established himself as a leading military history artist and is inspired by the works of the great military artists, such as Detaille, Meissonier, Röchling, Lady Butler, Ottenfeld and Angus McBride. He lives and works in Italy.