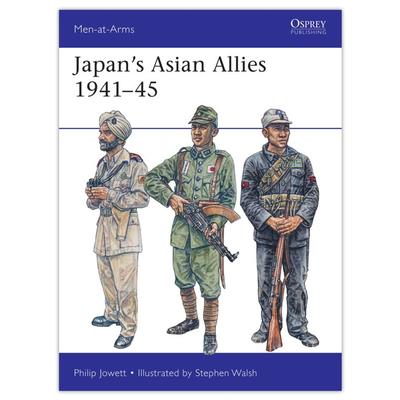 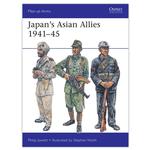 During the Japanese occupation of large parts of Asia and the Pacific in 1941-45, Japan raised significant numbers of troops to fight alongside them, as well as militias to guard their conquests.

The total number of these soldiers is estimated at no fewer than 600,000 men. These ranged from the regular troops of Manchukuo (200,000 men), Nanking China (250,000), Thailand, and recruits from the puppet Burmese Independence Army (30,000) and Indian National Army (40,000), to constabularies and spear-wielding militias in the Philippines (15,000), Borneo, Indonesia and New Guinea.

Many of the recruits from former European colonies hoped for independence as part of the Greater East-Asian Co-Prosperity Sphere proclaimed by Japanese propaganda, but Japans intentions were entirely cynical. They formed alliances to deny the Allied powers access to territory that they could not actually occupy, and raised these large numbers of auxiliary troops to relieve the manpower burden of occupation, or simply as cannon-fodder.

This extensively researched study examines each of these armies and militias in detail, exploring their history and deployment during World War II, and revealing the intricacies of their arms and equipment with stunning full-colour artwork and previously unpublished contemporary photographs.

Philip Jowett was born in Leeds in 1961, and has been interested in military history for as long as he can remember. His first Osprey book was the ground-breaking Men-at-Arms 306: Chinese Civil War Armies 1911-49 he has since published the three-part sequence The Italian Army 1940-45 (Men-at-Arms 340, 349 and 353). He lives in North Lincolnshire, UK.

Stephen Walsh studied art at the North East Wales Institute and has worked as a professional illustrator since 1988. Since then he has illustrated a variety of books and games including Settlers of Catan. His projects for Osprey include such diverse subjects as the battle of Otterburn, the Chinese army from 1937 to 1949, and the US Home Front in World War II.