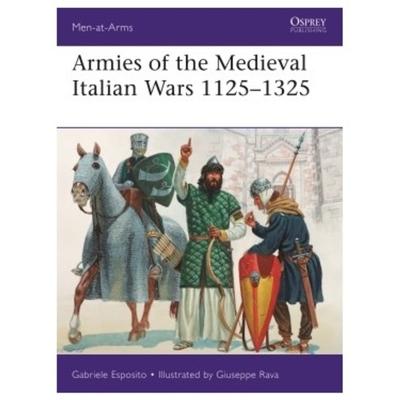 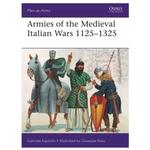 The great powers of medieval Europe fought continuously in the Italian peninsula between the 12th and 14th centuries as they sought to expand their territory.

Invading armies from Germany - the Holy Roman Empire - saw the creation of the defensive Lombard League of northern Italian city-states. These struggles resulted in conflicts between rival confederacies, which in turn proved to be the catalysts for developments in organisation and tactics. Italian urban militias became better organised and equipped, the Imperial armies went from being mostly German to multi-national forces, and both sides became reliant on mercenary forces to prosecute their wars.

After the 1260s, France, relying mainly on armoured cavalry, and Spain, with their innovative light infantry, vied for control of southern Italy. On the seas, the great naval powers of Genoa, Pisa and Venice became fierce rivals, as they created great trading empires, bringing the treasures of the east into feudal Europe.

Using detailed colour plates, this beautifully illustrated book describes the myriad of armies and navies that fought for control of Italy in the Middle Ages.

Gabriele Esposito is an Italian freelance author on military history, specialising in uniformology, who has written a number of titles for Osprey Publishing, Pen & Sword, Winged Hussar Publishing and Partizan Press, and is a regular contributor to many magazines such as Ancient Warfare, Medieval Warfare, Classic Arms & Militaria, Guerres et Histoire, History of War and Focus Storia Wars. He is Professor of Modern History at the Second University, Naples.