The Khazars: A Judeo-Turkish Empire on the Steppes, 7th-11th CenturIes 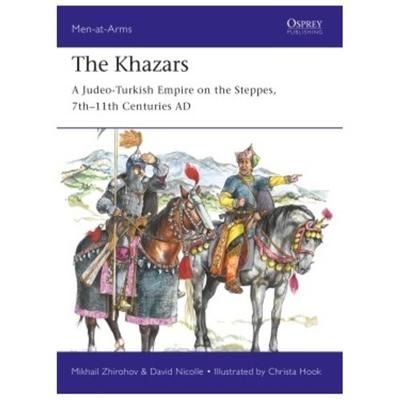 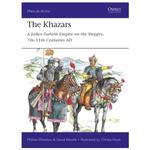 The Khazars were one of the most important Turkic peoples in European history, dominating vast areas of southeastern Europe and the western reaches of the Central Asian steppes from the 4th to the 11th centuries AD.

They were also unique in that their aristocratic and military elites converted to Judaism, creating what would be territorially the largest Jewish-ruled state in world history. They became significant allies of the Byzantine Empire, blocking the advance of Islam north of the Caucasus Mountains for several hundred years.

They also achieved a remarkable level of metal-working technology, and their military elite wore forms of iron plate armour that would not be seen in Western Europe until the 14th century. The Khazar state provided the foundations upon which medieval Russia and modern Ukraine were built.

Fully illustrated with detailed colour plates, this is a fascinating study into the armies, organisation, armour, weapons and fortifications of the Khazars.

Mikhail Zhirohov was born in eastern Ukraine, in 1974. He was educated in Donetsk State University in the History Department. He is author of a number of articles on various aspects of Ukrainian and military history for popular magazines in Russia, Ukraine, France, UK and other countries since 1998. He lives in the Ukraine.

David Nicolle is a Visiting Research Fellow at the Institute of Medieval Studies, Nottingham University. He is the author of over a dozen books on medieval military history. He lives in High Barnet, UK.

Christa Hook began her illustrating career in 1986, after studying under her father Richard Hook. Her work has featured extensively in the worlds of publishing and television and, having illustrated over 40 Osprey titles, she has established herself as one of their most popular artists. Her illustrations combine the historians attention to detail with the artists sense of drama and atmosphere, and they are sought after by collectors worldwide. Christa lives and works in East Sussex, England.