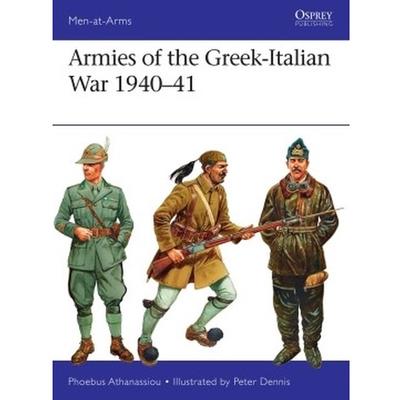 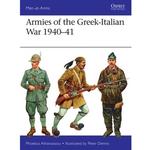 In October 1940 an Italian army some 200,000 strong invaded Greece across its largely undefended border with Albania. Although supported by Great Britain, at first by sea and in the air and later by landing British and ANZAC troops from North Africa, Greece bore the main brunt of the six-month war. Outclassed in materiel and outnumbered, Lt. Gen Papagoss Greek army was so successful against the Italians in north-west Greece that, by 22 November 1940, it was advancing into Italian-held Albania. This would eventually force Hitler to send in German reinforcements to support his beleaguered Italian allies, delaying his invasion of the Soviet Union. Complete with contemporary photographs and full-colour uniform plates, this fascinating study explores the history, organization, and appearance of the armies of this oft forgotten conflict.

Doctor Athanassiou is an international lawyer (and former Greek Army officer) currently working at the European Central Bank in Frankfurt. He is multi-lingual (English, Italian and German), and has published some 30 books and refereed academic papers. He is a keen modeller and student of military history.