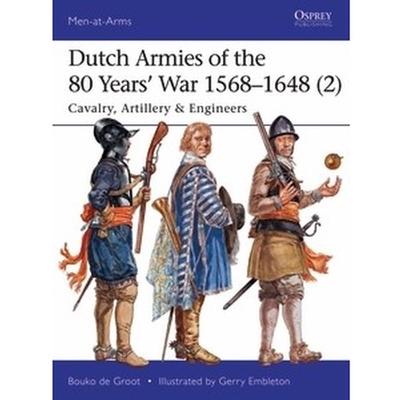 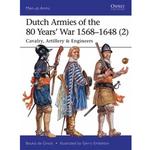 Throughout the 16th Century, the Spanish had an aura of invincibility. They controlled a vast colonial empire that stretched across the Americas and the Pacific, and held considerable territories in Europe, centring on the so-called Spanish Road. The Dutch War of Independence (also known as the 80 Years War) was a major challenge to their dominance. The Dutch army created by Maurice of Nassau used innovative new tactics and training to take the fight to Spain and in so doing created a model that would be followed by European armies for generations to come.

The second in a two-part series on the Dutch armies of the 80 Years War, focuses on the cavalry, artillery and engineers of the evolving armies created by Maurice of Nassau. Using specially commissioned artwork and photographs of historical artefacts, it shows how the Dutch cavalry arm, artillery, and conduct of siege warfare contributed to the long struggle against the might of the Spanish Empire.

Gerry Embleton has been a leading illustrator and researcher of historical costume since the 1970s, and has illustrated and written Osprey titles on a wide range of subjects for more than 40 years. He is an internationally respected authority on 15th and 18th century costumes in particular. He lives in Switzerland, where since 1988 he has also become well known for designing and creating life-size historical figures for museums.