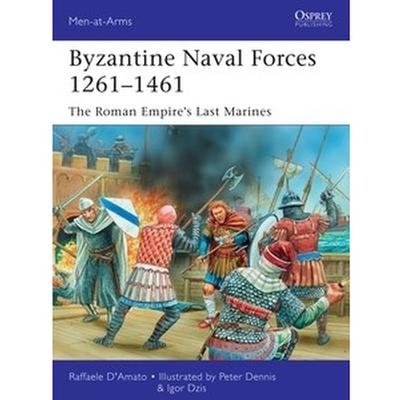 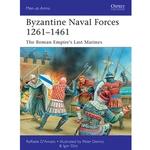 After the recapture of Constantinople, Emperor Michael VIII Palaiologos was determined to bring glory back to the Byzantine Empire. To achieve this, he established an Imperial Fleet and raised new regiments of elite marine troops. This work provides a comprehensive, illustrated guide to the unit history and appearance of these men, who were at the cutting edge of the last great flourish of Byzantine naval power. They won victory after victory in campaigns throughout the 1260s-70s, and though successive periods of decline and partial resurrection followed, these marine units survived until the very last flickers of Byzantine resistance were extinguished. Drawing upon early literary sources, the rich evidence of period illuminated manuscripts, frescoes and other iconography, Raffaele DAmato details the lasting legacy of the swansong of Byzantine naval power.

Dr Raffaele DAmato is an experienced Turin-based researcher of the ancient and medieval military worlds. After achieving his first PhD in Romano-Byzantine Law, and having collaborated with the University of Athens, he gained a second doctorate in Roman military archaeology. He currently works as vice-head of the Laboratory of the Danubian Provinces at the University of Ferrara, under Professor Livio Zerbini.

Igor Aksent Jevich Dzis was born in 1968 in Ukraine, and studied both at Simferopol Art College in Crimea and as a costume designer at the University of Cinematography in Moscow. He has worked on several historical films, and since 1992 has been illustrating military historical subjects for Russian and international magazines and publishing houses. He currently lives and works in Crimea. This is his first book for Osprey.

Peter Dennis was born in 1950. Inspired by contemporary magazines such as Look and Learn he studied illustration at Liverpool Art College. Peter has since contributed to hundreds of books, predominantly on historical subjects, including many Osprey titles. A keen wargamer and modelmaker, he is based in Nottinghamshire, UK