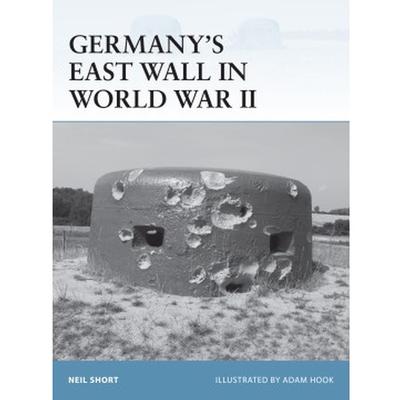 The East Wall was where the final battles for the stricken Third Reich were fought, amid scenes of utter carnage. Beginning life at the end of World War I, the wall became a pet project of Adolf Hitler's, whose ascent to power saw building work accelerated, with plans for a grand, 'Maginot-style' defence put in place. But with a characteristically erratic change of heart, Hitler began to systematically strip the wall of its best defensive assets to bolster the Atlantic Wall, never dreaming that he would face an attack on two fronts. Despite belated and somewhat bungled reinforcements later in the War, the East Wall would face a monstrous challenge as it became the Reich's last redoubt in the face of the mighty Soviet war machine. Neil Short brings his expert knowledge to bear with an analysis of different stages of the wall's construction, the years of neglect and decay and the hasty, drastic redevelopment in the face of the looming Soviet threat.

Neil Short gained a Master's Degree in Military History at the University of Leeds, after completing an Honours Degree in History at the University of Lancaster. He is a fully qualified Management Accountant working for the Ministry of Defence, but in his spare time undertakes research on World War II and he is currently writing a book on tank turrets.