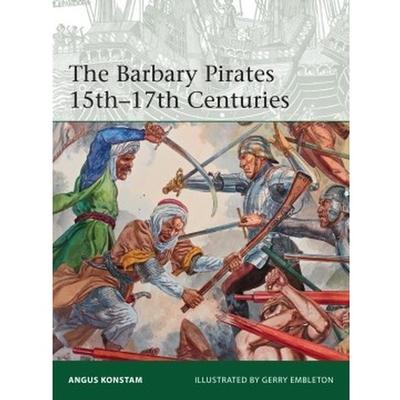 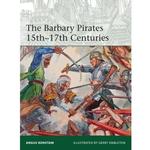 For the best part of three centuries the corsairs or pirates from the Barbary coasts of North Africa dominated the Western and Central Mediterranean. They made forays far into the Atlantic, preying on the shipping and coastal settlements across Christian Europe, ranging from Greece to West Africa and the British Isles. In the absence of organized European navies they seldom faced serious opposition, and the scope of their raiding was remarkable. As well as piracy and slave-raiding they fought as privateers, sharing their spoils with the rulers of the port-cities that provided them with ships, men, and a ready market. This book examines their development and their style of fighting, chronicles their achievements and failures, and illustrates their appearance and that of their ships, explaining why they were so feared and effective.

Angus Konstam hails from the Orkney Islands, and is the author of over 50 books, 30 of which are published by Osprey. This acclaimed and widely published author has written several books on piracy, including The History of Pirates, and Blackbeard: Americas Most Notorious Pirate. A former naval officer and museum professional, he worked as the Curator of Weapons at the Tower of London and as the Chief Curator of the Mel Fisher Maritime Museum in Key West, Florida. He now works as a full-time author and historian, and lives in Edinburgh, Scotland.

Gerry Embleton has been a leading illustrator and researcher of historical costume since the 1970s, and has illustrated and written Osprey titles on a wide range of subjects for more than 20 years. He is an internationally respected authority on 15th and 18th century costumes in particular. He lives in Switzerland, where since 1988 he has also become well known for designing and creating life-size historical figures for museums.