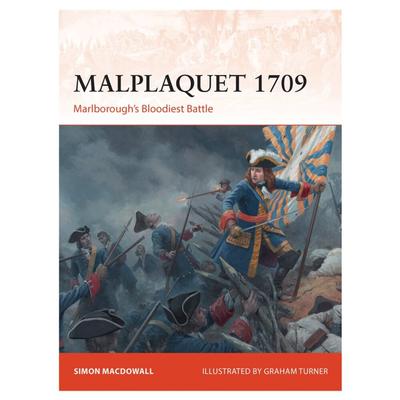 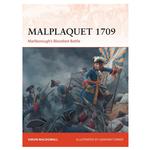 There was not enough money left in the treasury to pay, equip or feed the army and a bad harvest led to starvation throughout the kingdom. Circumstances had worsened to the point that King Louis XIV was forced to offer to end the War of Spanish Succession on humiliating terms for his country. However, the allied powers - Britain, the Dutch Republic and the Holy Roman Empire - refused Louis offer, believing that one more successful campaign would utterly destroy French power.

This book examines the campaign of 1709, culminating in the battle of Malplaquet, which would prove Louis enemies disastrously wrong. Led by the Duke of Marlborough and Prince Eugene of Savoy, the allied armies achieved a tactical victory - but it was a hollow one. The allies suffered 23,000 casualties to the French 11,000 in what was the bloodiest battle of the 18th century. The scale of casualties shocked Europe and led to a reversal of fortunes, with the dismissal of Marlborough and a newly confident King Louis resolving to fight on. When the war finally ended, it did so on terms favourable to France.

In this illustrated title, Simon MacDowall examines the campaign in full and shows how, though it is generally accepted that Marlborough was never defeated, the Battle of Malplaquet was ultimately a French strategic victory.

Simon MacDowall is a former army officer with a deep interest in military history. Following 22 years in the Canadian army, he held senior positions at NATO and in the UK Government, including Director General of Media and Communications at the UK Ministry of Defence. Simon takes a practical approach to military history, combining his own military and political experience with a lifelong study of ancient warfare. After living in Canada, Germany and Belgium, and seeing service in Central America, Bosnia, Kosovo, Iraq and Afghanistan, Simon now makes his home on the Suffolk coast near Southwold, UK.

Graham Turner is a leading historical artist, specializing in the medieval period. He has illustrated numerous titles for Osprey, covering a wide variety of subjects from the dress of the 10th-century armies of the Caliphates, through the action of bloody medieval battles, to the daily life of the British Redcoat of the late 18th century. The son of the illustrator Michael Turner, Graham lives and works in Buckinghamshire, UK.