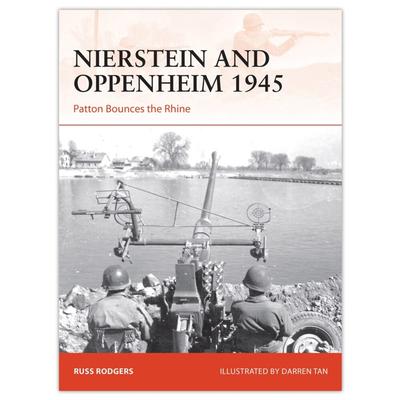 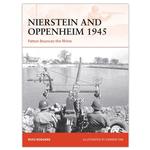 In January 1945, the collapse of the German front along the Siegfried Line led to a large-scale dissolution of German combat forces and capability.

Pressed hard by Allied forces advancing eastward, German units often found themselves trapped west of the Rhine River. With his eye on history, US Lt. Gen. George S. Patton, Jr. was determined to be the first leader since Napoleon to make an assault crossing of the Rhine. The most logical crossing-place was at Mainz, as it served as a major railroad logistical link from west to east. However, Patton was aware that this would be obvious to the Germans, and therefore he and his staff made rapid plans for another site at Nierstein and Oppenheim, about 12 miles south of Mainz.

The crossing began at 2230 hours on 23 March, when the first boats carrying 11th Infantry Regiment troops left the western bank of the Rhine. They met with little opposition despite a few sharp counterattacks, overall resistance was light and American forces suffered few casualties. By 24 March, the US 4th Armoured Division under Brig. Gen. William Hoge crossed the Rhine and began the exploitation phase. By 26 March, the exploitation to the Main River was clearly a rout, exacerbated by additional crossings of the Rhine by other Allied units over the next few days.

Illustrated throughout with stunning full-colour artwork, maps, and birds-eye-views, this title details the complete history of this dramatic campaign.

Russ Rodgers is a military historian and former adjunct professor of history. A US Army veteran with service in armour, infantry, and military intelligence, Rodgers is considered an expert on insurgency movements and early Islamic warfare. He is a sought-after speaker and has lectured in such diverse venues as the Worldwide Anti-Terrorism Conference, the NATO School in Germany, and to military personnel in the United States as well as Kuwait and Saudi Arabia. He is the author of The Generalship of Muhammad: Battles and Campaigns of the Prophet of Allah, and Fundamentals of Islamic Asymmetric Warfare: A Documentary Analysis of the Principles of Muhammad, as well as numerous articles and essays.

Born and raised in Malaysia, Darren Tan grew up drawing spaceships, dinosaurs and the stuff of his imagination, which was fuelled by movies and computer games. Following a brief stint in 3D animation, Darren now works as a freelance illustrator.