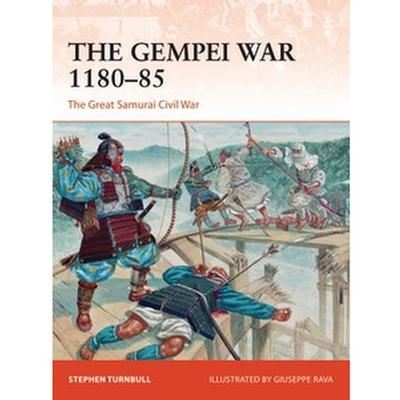 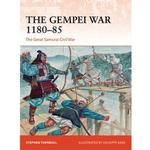 Internationally renowned samurai expert Dr Stephen Turnbull delves into a pivotal era of Japanese history in this highly illustrated account of The Gempei War a conflict that defined the age and the ethos of the samurai.

Never before had there been a large-scale clash between two rival samurai families, the Taira and the Minamoto, and never again would the result of a war in Japan be quite so dramatic. Fought to gain control over the emperor it would end with imperial power being totally eclipsed in favour of the military might of the samurai class and the establishment of the position of Shogun - Japans military dictator. Turnbull examines the events of the five-year long conflict, revealing the changes that the war inflicted on Japanese culture and the establishment of many of the traditions of the samurai.

Stephen Turnbull is recognized as one of the worlds foremost military historians of the medieval and early modern periods. He first rose to prominence as a result of his 1977 book, The Samurai: A Military History. Since then he has achieved an equal fame in writing about European military subjects and has had 30 books published. He has always tried to concentrate on the less familiar areas of military history, in particular such topics as Korea, Eastern Europe, the Baltic states, and the Teutonic Knights. Stephen was Historical Advisor for the 2012 Universal Pictures movie The Forty-Seven Ronin starring Keanu Reeves.