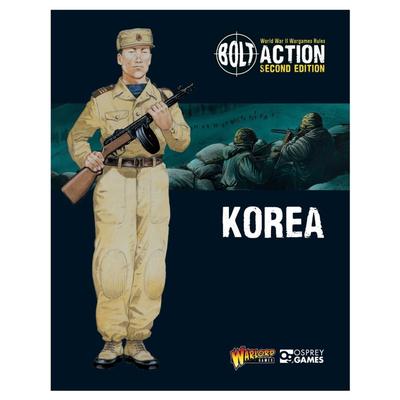 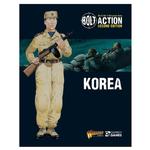 Beginning in 1950, the Korean War was a defining moment for the UN and the entirety of the early Cold War, widening the already monumental gulf between the east and west, capitalist and communist.

This supplement for Bolt Action expands the rules-set from its World War II roots to this new, and truly modern, conflict. Bolt Action: Korea contains all the rules, Theatre Lists, scenarios, and new and exciting units, never seen in Bolt Action before, to wargame this turbulent period of world history.

Warlord Games is one of the worlds leading producers of wargaming miniatures, as well as the publisher of the successful Black Powder and Hail Caesar rule sets. Their Bolt Action range of 28mm World War II miniatures is the most extensive on the market and continues to grow and develop.

Peter Dennis was born in 1950. Inspired by contemporary magazines such as Look and Learn he studied Illustration at Liverpool Art College. Peter has since contributed to hundreds of books, predominantly on historical subjects, including many Osprey titles. A keen wargamer and modelmaker, he is based in Nottinghamshire, UK.