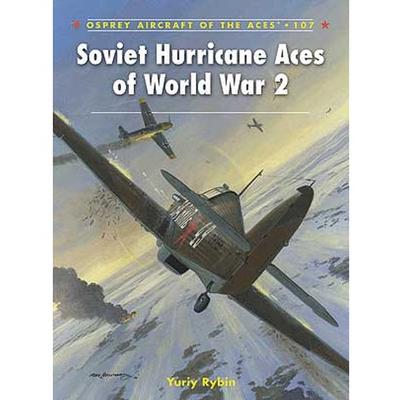 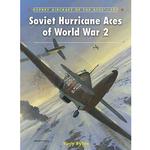 Following the destruction wrought on the Red Army Air Forces during the first days of Operation Barbarossa in June 1941, the Soviet Union found itself desperately short of fighter aircraft. Premier Josef Stalin duly appealed directly to Prime Minister Winston Churchill for replacement aircraft, and in late 1941 the British delivered the first of 3360 Hurricanes that would be supplied to the Soviet Union under the Lend-Lease agreement.

Specifically requested by the USSR, the Hurricanes were quickly thrown into action in early 1942 – the Soviet Air Forces’ most difficult year in their opposition to the Luftwaffe. Virtually all the Hurricanes were issued to Soviet fighter regiments in the northern sector of the front, where pilots were initially trained to fly the aircraft by RAF personnel that had accompanied the early Hawker fighters to the USSR. The Hurricane proved to be an easy aircraft to master, even for the poorly trained young Soviet pilots, allowing the Red Army to form a large number of new fighter regiments quickly in the polar area. In spite of a relatively poor top speed, and only a modest rate-of-climb, the Hurricane was the mount of at least 17 Soviet aces.

Yuriy Rybin is one of Russia's leading researchers in the field of air combat in the Soviet North during World War 2. The author of many articles published in Russia, the UK and France, several of his features are now the standard works of reference on air combat on the Soviet-German Northern front. Yuriy Rybin was also the first researcher to impartially describe the combat history of legendary Soviet ace of the Northern Fleet, Boris Safonov, who was the first fighter pilot to be twice awarded the Star of the Hero of Soviet Union during the Great Patriotic War.