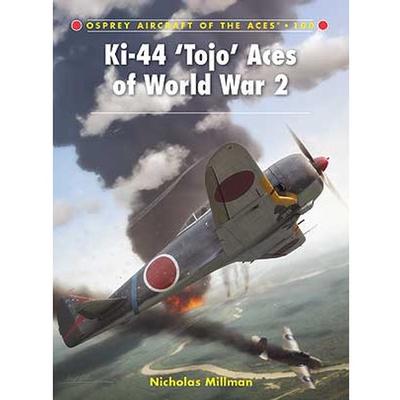 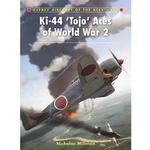 The Ki-44 &lsquoTojo’ epitomises JAAF air power in defence of the homeland, but was also used extensively in the skies over China. The introduction of the Ki-44 was noted with concern because of its departure from the performance and tactics previously associated with the JAAF. It was a fast-climbing, heavily armed point-defence interceptor that was used successfully in slashing hit-and-run tactics that caught Allied pilots by surprise.

Amongst the numerous aces that flew Ki-44’s were Major Akira Watanabe of the 33rd Sentai, Captain Yukiyoshi Wakamatsu, the &lsquoRed Nose Ace’ of the 85th Sentai and Warrant Officer Rikio Shibata also of the 85th Sentai, a leading ace with claims for 27 aircraft. This book tells the complete story of all of Japan’s &lsquoTojo’ aces.