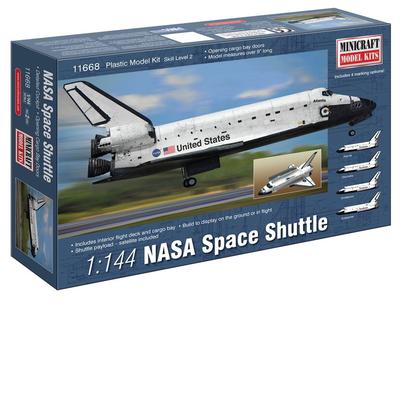 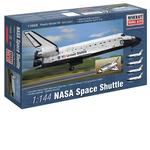 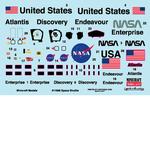 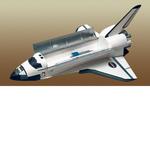 The Space Shuttle was the first operational orbital spacecraft designed to be re-used after a mission. The first flight was recorded in 1981 with the last flight of the Shuttle program occurring in July 2011.

The Space Shuttle was developed to carry a variety of payloads into low earth orbit including satellites, the HUBBLE Space telescope, and components for the International Space Station (ISS). A variety of other missions were performed including re-supply and crew rotation for the International Space Station, numerous missions for scientific investigation and classified military missions for the United States Defense Department and US military.

A total of seven Space Shuttles were built but only six were capable of flight.

One Shuttle simulator, Pathfinder was built and used for static ground testing and exhibition. Enterprise was used for flight testing within the atmosphere and five Shuttles were actually used for space flight. Two shuttles were lost during flight, Challenger and Columbia and four Space Shuttles, Endeavor, Discovery, Atlantis and Enterprise have been retired to museums across the United States.

This Minicraft Models kit was developed to commemorate the surviving Space Shuttles and recognize these space pioneers for their contributions to the NASA Manned Space Program. Check for the location of the closest Space Shuttle on display near you.

Due to small parts that could cause a choking hazard please keep away from children 3 years of age and younger.